Week 22: The final week in England 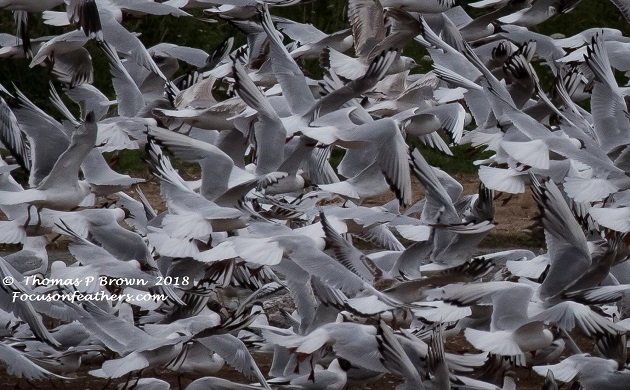 I want to start this posting with an official appology: you see I feel it is owed to Scotland, Wales, and England, or more appropriately, the “UK”. When we were planning this trip, New Zealand, Australia, and most certainly South Africa got all my attention. The last few visits were almost after thoughts, and boy was that a mistake! The countrysides were incredible, the people were as hospitable as anywhere we went, and there are some fantastic birds. The last week found us start off in Hull, at the Spurn Bird Observatory. We had contacted the staff at the observatory, and with Jonnies help, arranged to stay right there in their newly built hostel type facility. It was an all around quality experience. The staff there was friendly and very helpful, it is a great place to stay that is very reasonable, and it puts you right in the middle of an amazing amount of birding areas.

The biggest highlight of my time there, has to be the Marsh Warblers. This incredibly rare couple managed meet up,  to build a nest, and fledge three little ones, all the while, being kept a tightly held secret. While I got a decent picture of one of the fledglings, I have been sworn on pain of death, not to tell where they were found. 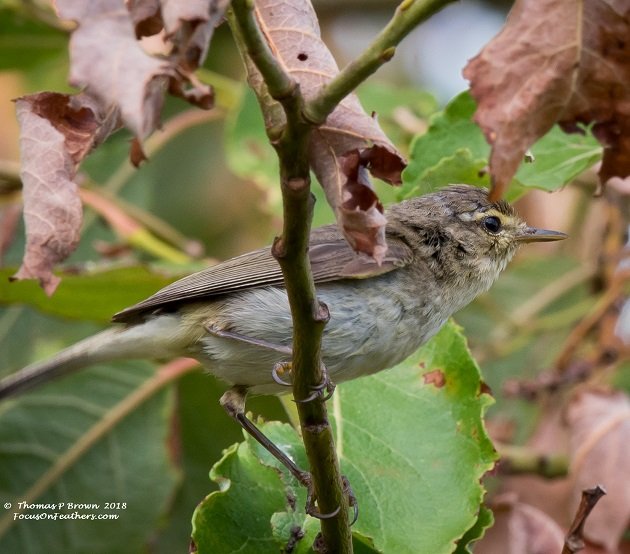 The staff, and many of the locals all carry VHF radios to keep in contact, and just in case something really rare should show up in this major migratory flyby area. One morning, there was some excitement when a pair of Spoonbills flew into one of the ponds near a hide. The walked pretty close, and I was able to get a couple of decent shots. 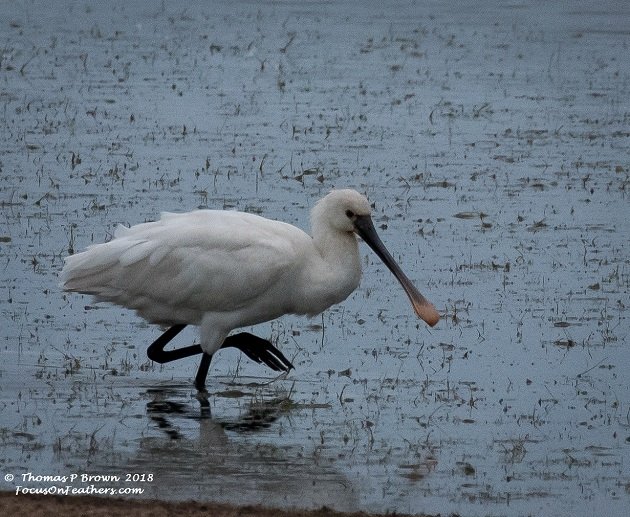 So, you can imagine the excitement when one of the birds was sporting a few colored bands! 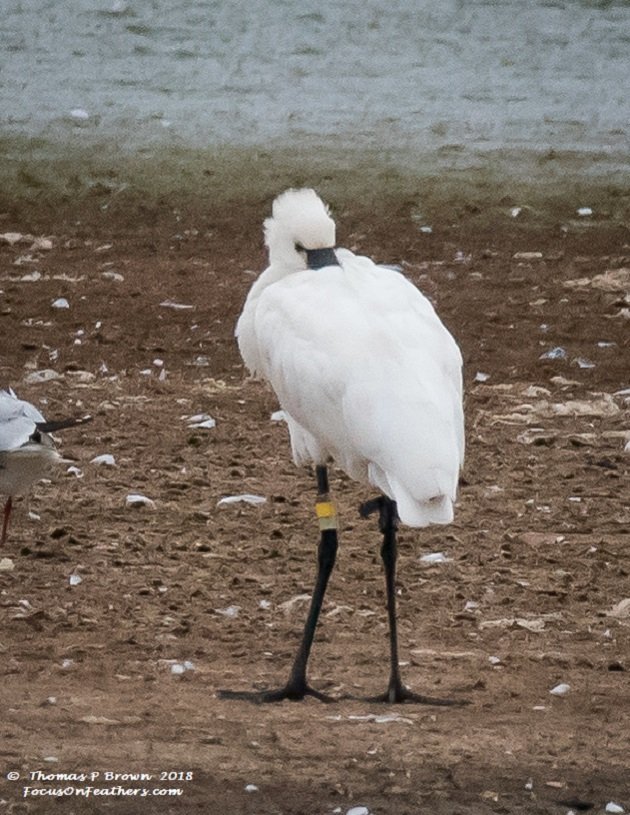 I have always considered the Snipe to be one of the hardest birds to photograph. Usually, most Snipe spotting’s occur as they coming flying up out of the waterway you are walking along, which rarely turns out much of a photo. Imagine my surprise, when this Common Snipe just walked right out into the open in front of the same hide the had the Spoonbills. 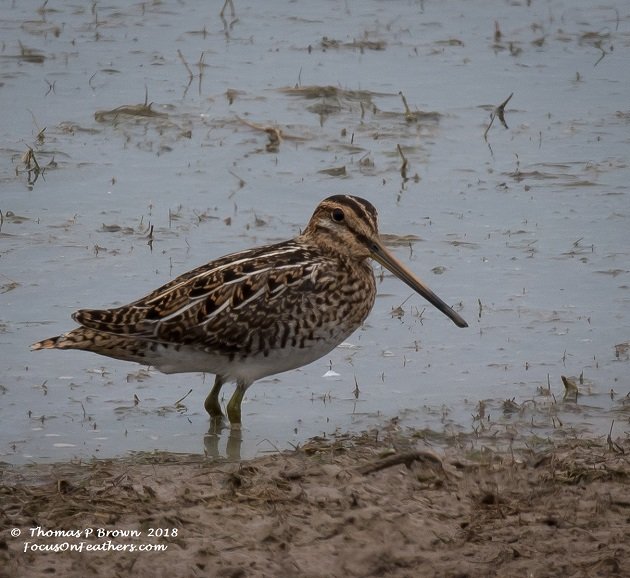 The very next day, when we made a very quick stop at the hide, this same Common Snipe, not only walked out, but the flew right up on the near by fence post. 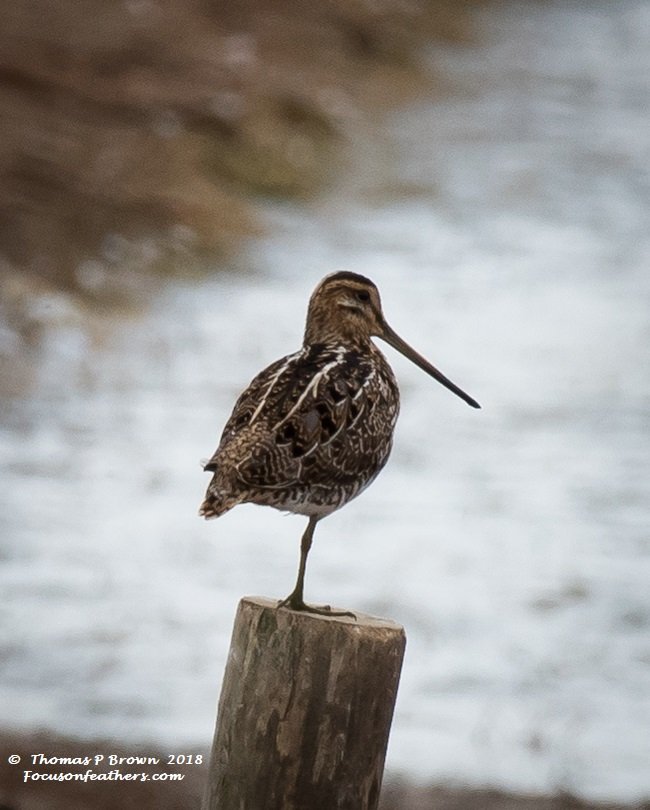 The other highlight for me was my chance to get some really nice shots of Reed Warblers. This one required a bit of crawling and sneaking thru the thistles and reeds, but it was worth it. 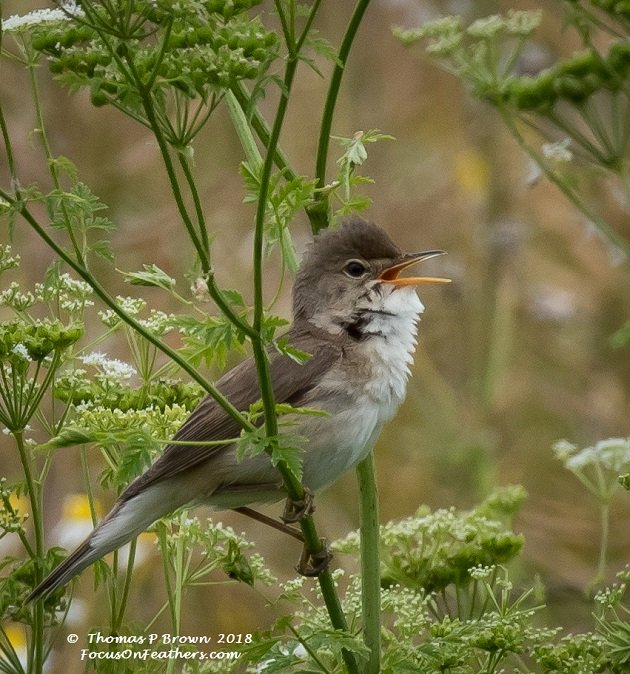 Early in my visit to the area, I was a bit disappointed in the lack of parental responsibility that the Pied Avocets were showing to their one baby. They would wander off feeding, leaving this little thing out on the mud flat all alone. Later, when a Kestrel was in the area, one of the parents was pretty quick to run over and tuck the little one away under it wing. Here is a series that I got as it was running for cover. 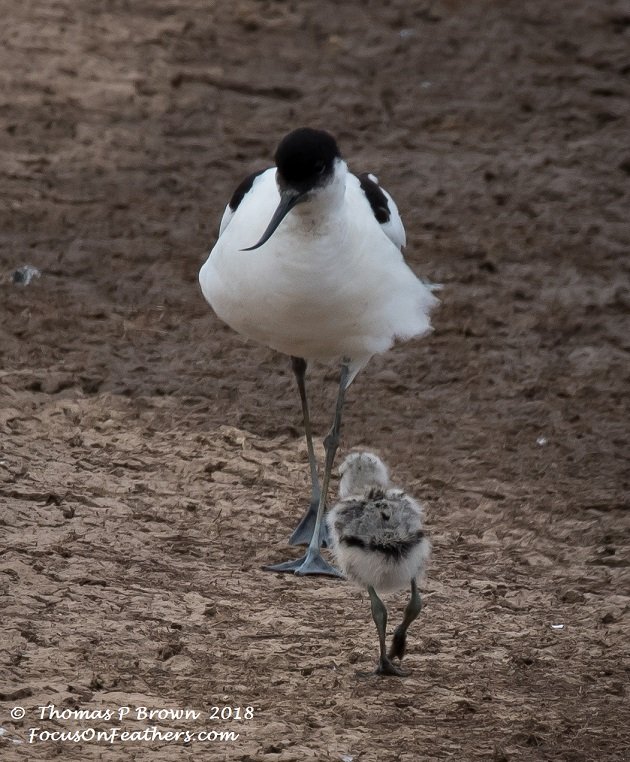 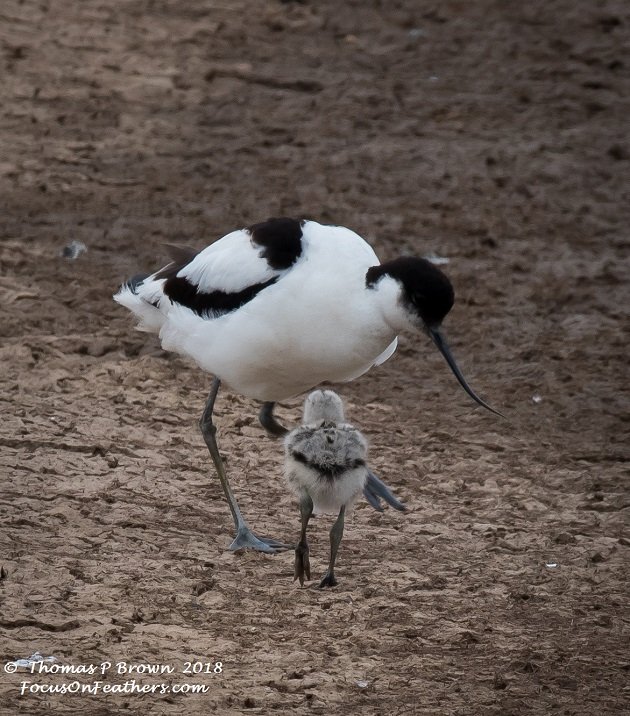 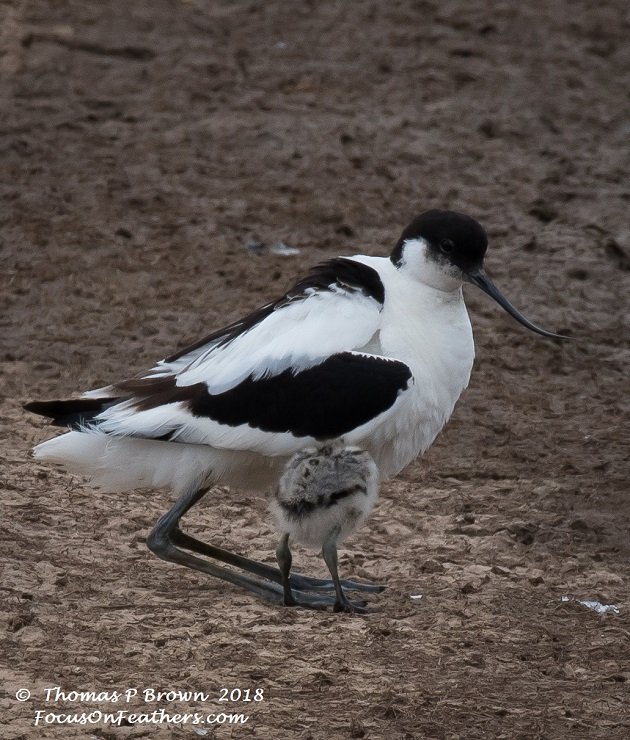 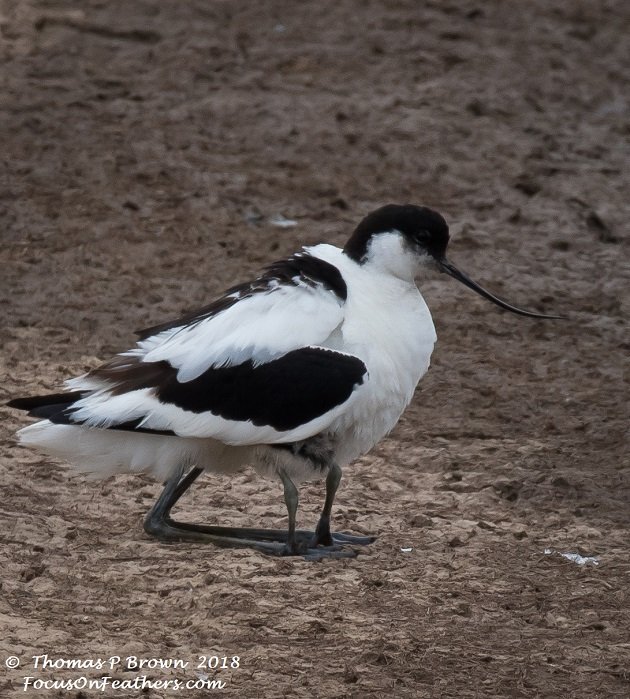 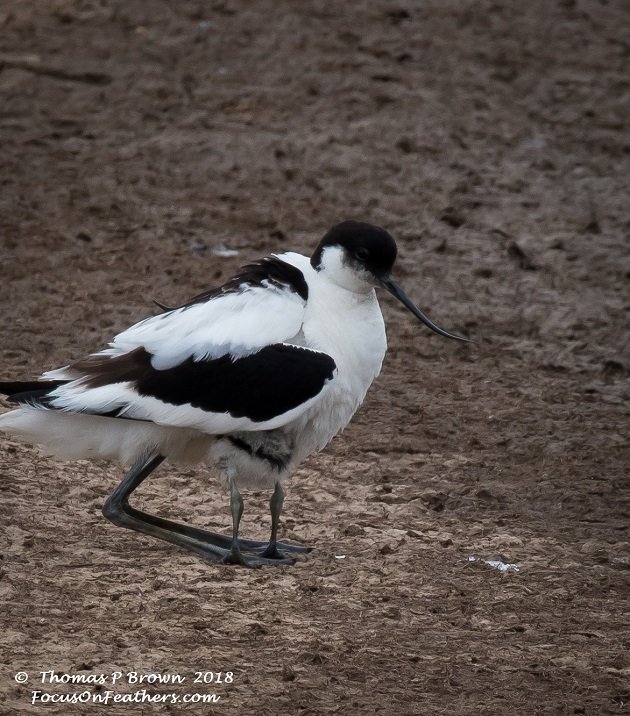 And there we are, all tucked away, safely!

Another new bird that was nice to find, was a very small number of Mediterranean Gulls. They never really got close enough for a great photo, but on my last day, I was able to at least get one out of the middle of a huge crowd. You can see this one standing next to the Black-headed Gull on its right. If you look very closely, there is one in the cover photo at the top of this story! 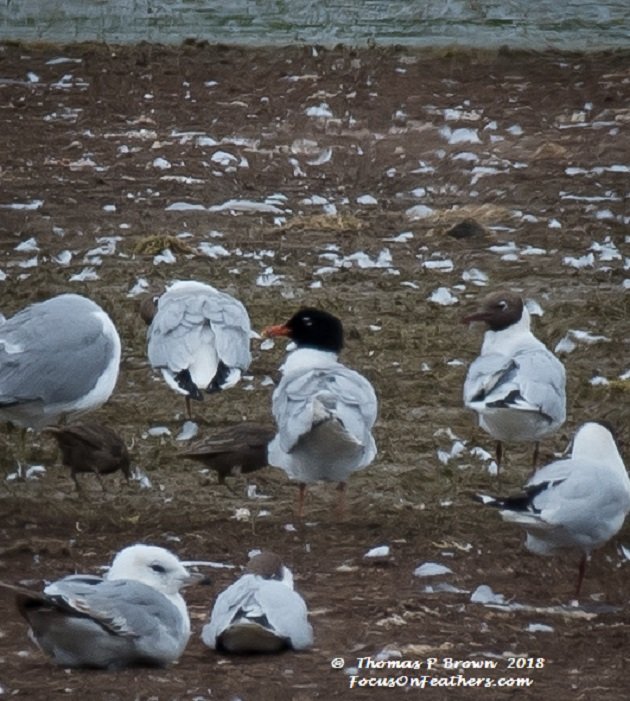 There were a good number of Northern Lapwings all around the reserve. 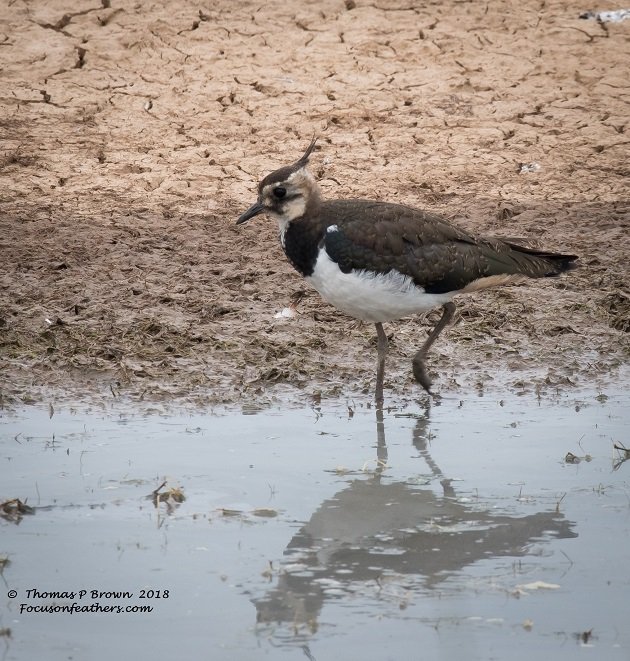 As well as a several Little Egrets. 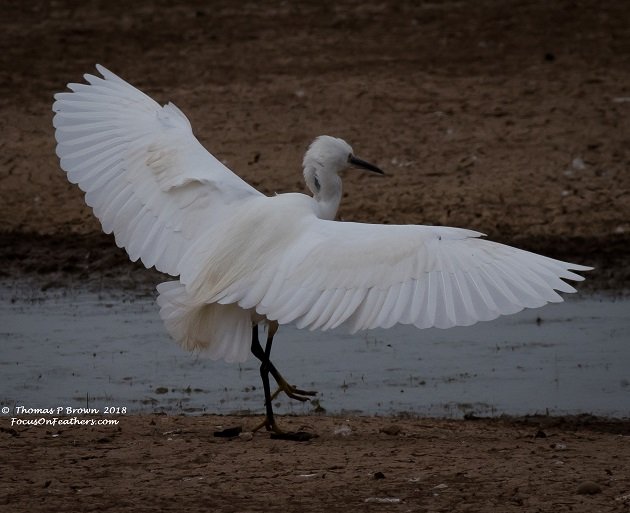 Next we drove all the way across England, over to Wales, and the incredible Walled City of Conwy. This remarkable area is best know for its huge wall that was used for centuries to protect the city from invasion, but for me, the Conwy RSPB refuge was fantastic. Unfortunately, I did not have enough time to really explore all the reserve had to offer, but was able to add the Garden Warbler, and Red-breasted Merganser to my years list.

From here, we were headed towards London, and our final flights back to the US and Seattle. Just a bit north of London is Warwickshire, where we were hosted by some long time friends of my wife. I have to send out a huge thank you to Peter and Jillian, who hosted us in their beautiful home, and magnificent backyard that was designed to attract birds. The biggest highlight of their back yard was a Eurasian Nuthatch.  This diminutive little bird  turned out to be the 800th Bird of the year! Here is that very Eurasian Nuthatch. 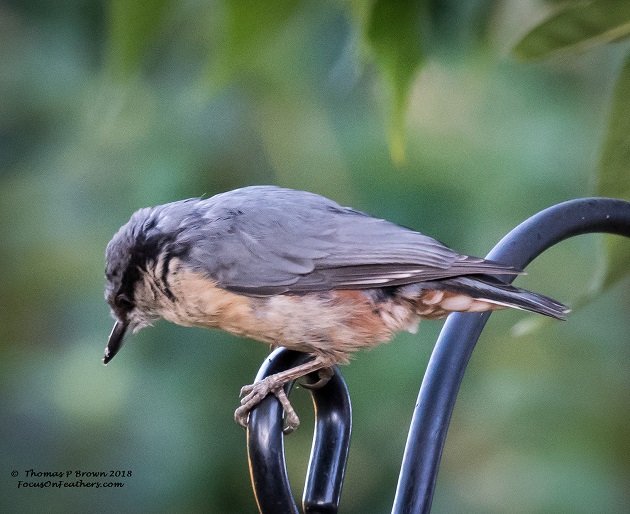 We were visited by a couple of Great Spotted Woodpeckers. 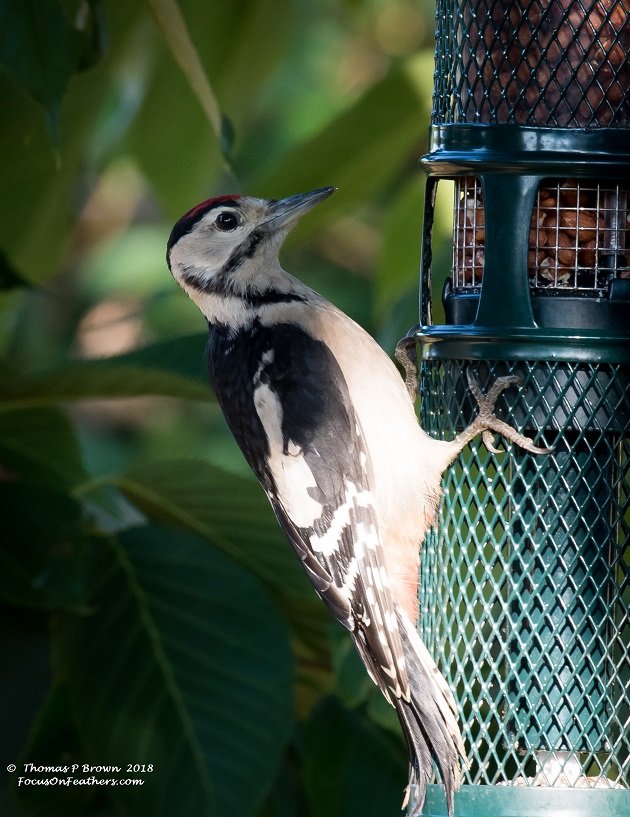 I finally got a really nice image of the Great Tit. 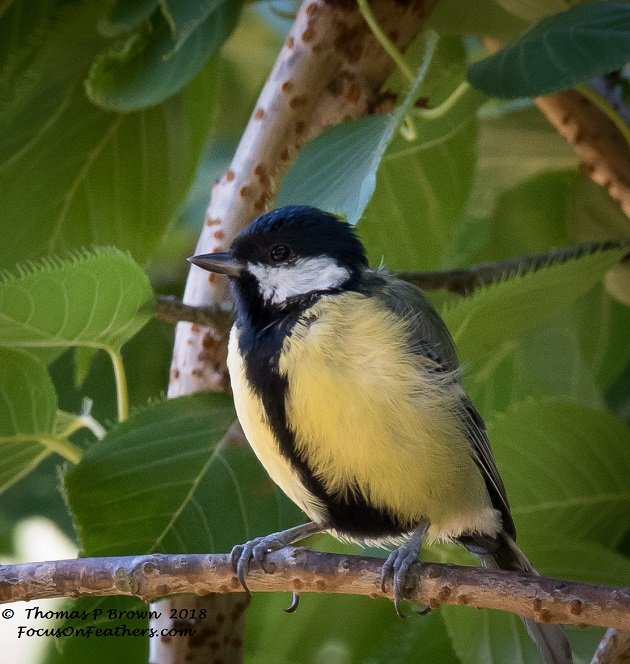 My final stop of this trip, was just north of Oxford, at the Otmoor RSPB reserve. Again, I was chasing a Common Cuckoo, that had been reported the day before. No luck finding it again, but I was able to add the Cetti’s Warbler, a Turtle Dove, and a pair of Common Cranes.

Here is a shot of that beautiful Turtle Dove. Unfortunately, their numbers are beginning to dwindle rapidly, as farm lands eliminate their habitat. 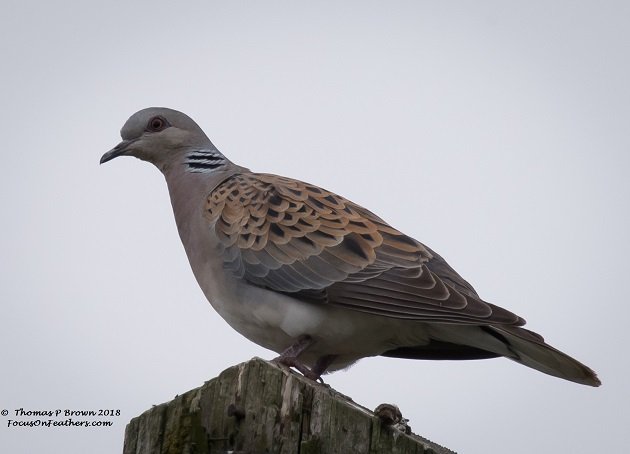 My last bird of this trip, turned out to be one of the very first from landing in Scotland. The Long-tailed Tit, showed up early my first morning, in Perth Scotland, and was never seen again, until I walked out of the Otmoor Nature Reserve. Aye, this wee little bird is such a beauty! 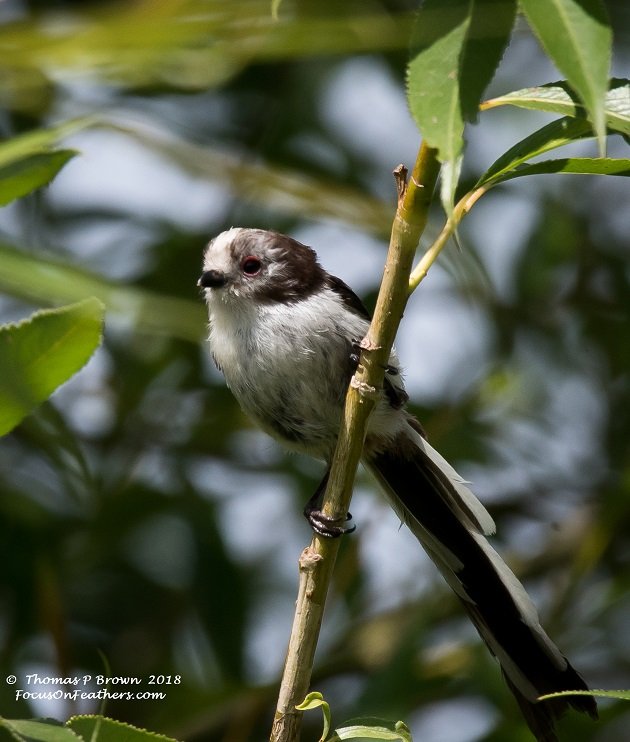 This trip, all the way around the world, has been a whirl-wind of amazing stops, fantastic people, and bird species that I never imagined to see in my life time! It is not over yet, we still have several adventures planed before the end of the year, with Canada, my home state of Oregon, and it is looking like an end of the year trip to Costa Rica, to put a finish on one of the most amazing years of my life. Thank you for following along, and stay in touch, there will be more!

The final numbers for this part of the adventure are as follows: