Back in the US of A! And everything that goes with it. We arrived in Seattle 6 days ago, at 12:30 in the morning, after being on the road, in one form or another since February 1st. It might go without saying, but I am  a bit tired. 35,000 miles on an airplane, 18 airports, and just shy of 20, 000 miles driving. Add to the fact that we have been living in Mexico, and are now going to stay in the US, at least for a little while, means new cell phones, new auto and RV insurance, banking, and of course, some place to live. So, I think it is understandable that I have not done a whole lot of birding, well, until yesterday and today. We were able to find a very nice RV park, just a couple of miles from one of my all time favourite birding hotspots, Billy Frank Jr, Nisqually National Wildlife Refuge. You might remember, or maybe not, that the last spot I birded, prior to boarding a plane for New Zealand, was Nisqually NWR, in a snow storm, and -5 ° F. This morning at 6:00 AM, it was a beautiful, sunny 59° and by the time I left at 11:30, it was 81°. That is what birding weather should be. Circumstances have been such, that the bulk of my visits to Nisqually, have been in the winter, so the refuge, in the peak of a Seattle Summer, is a much different place. If nothing else, there are just a lot of leaves! I am accustomed to all the deciduous trees being bare, while now, they are very well stocked with leafy, photo blocking material. I am sure that was the reason I was not able to spot the Virginia Rail, with its two babies that had just previously been spotted by a Bob, resident birder. And of course, the trees are to blame for my series of Cedar Waxwings shots that mostly don’t have much bird in them. In the limited time I have had, I did manage to get a few shots from the area, and here they are.

After seeing so much of our earth, and not a hummingbird to be found, it was nice to find an Anna’s Hummingbird on the refuge. 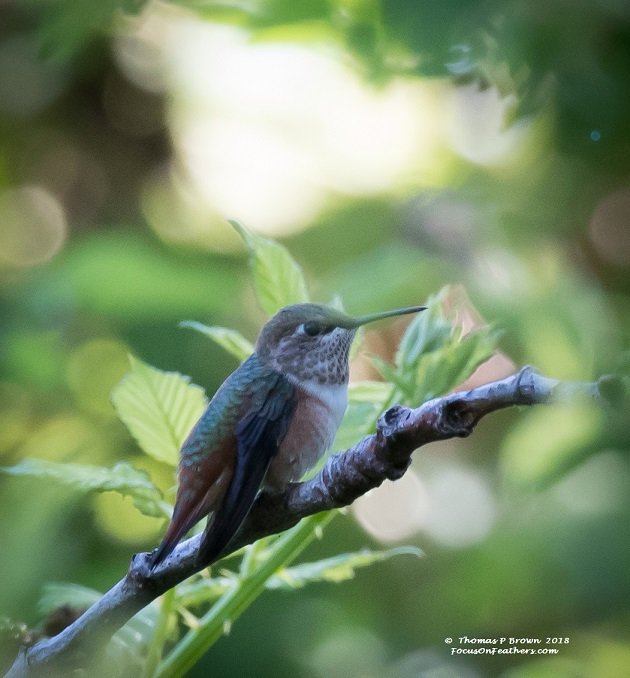 The number of Brown Creepers is amazing in the summer! 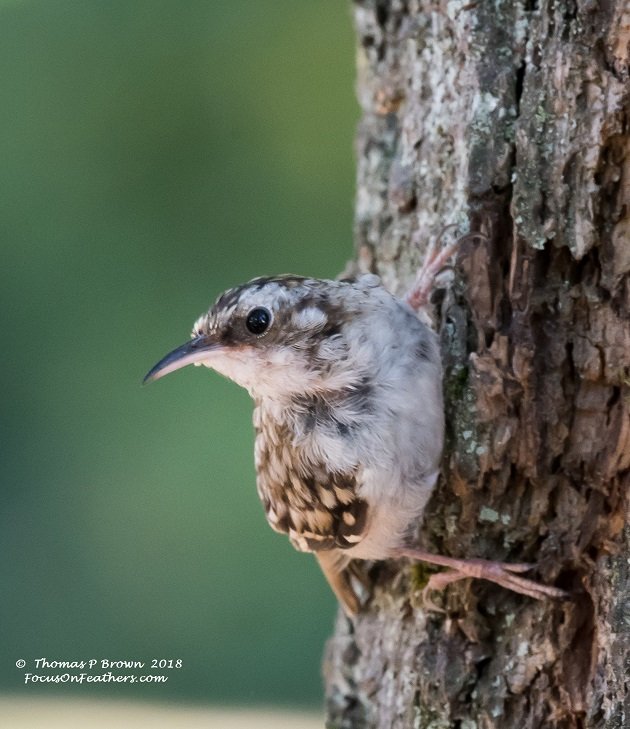 Of course, it’s the Pacific Northwest, so there are an abundant number of Black-capped Chickadees. 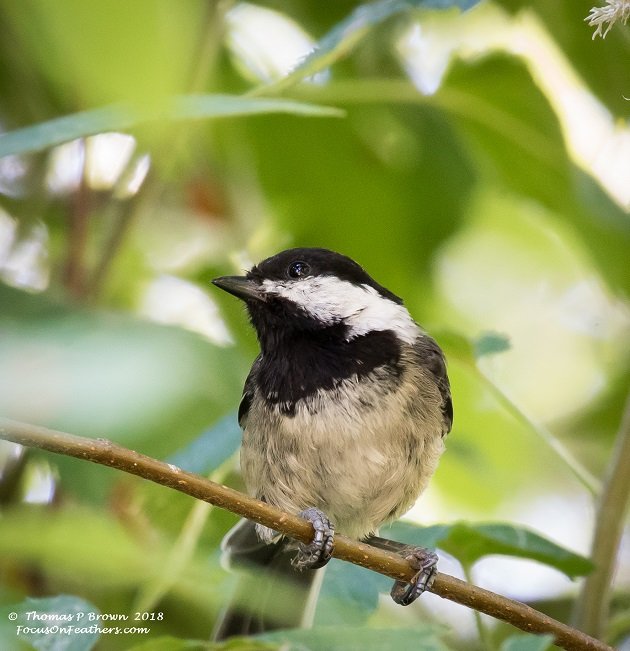 Despite all those leaves, I did manage to get a decent shot or two of the Cedar Waxwings. 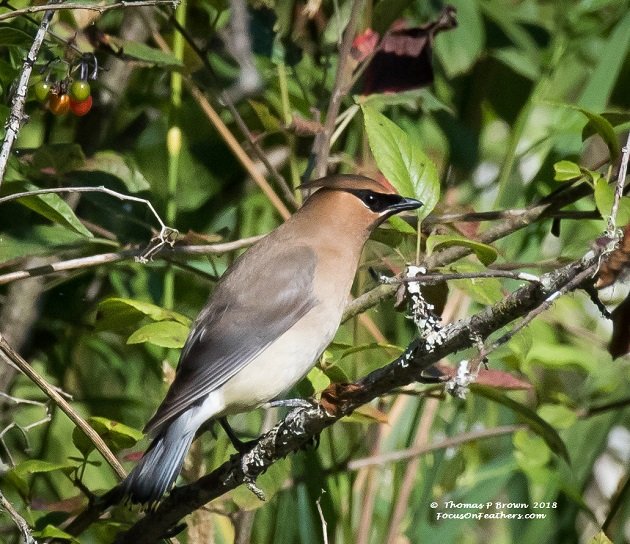 There was a pretty good number of warblers around, including this nice male Wilson’s Warbler. 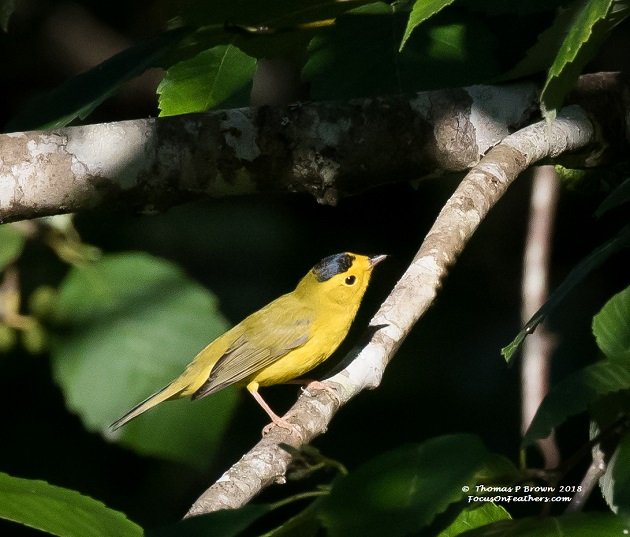 Out near the tidal flats that make up a good portion of this refuge, there were plenty of Red-winged Blackbirds. 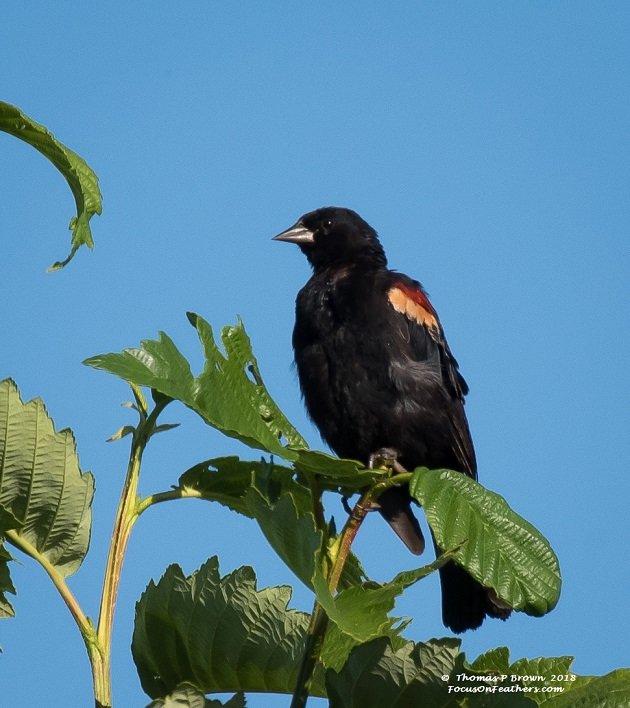 It seemed like a lot of the birds still had little ones to feed, much like this Oregon Junco, with its bill full of bugs for some hungry mouths back in the nest. 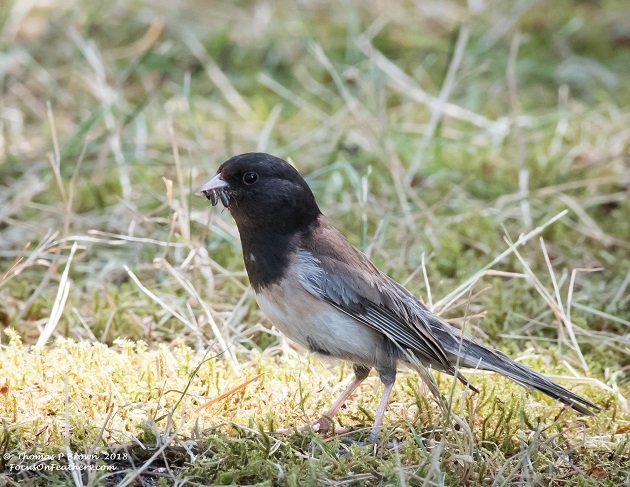 This Western Wood Pewee was going back and forth with a mouth full of bugs as well. 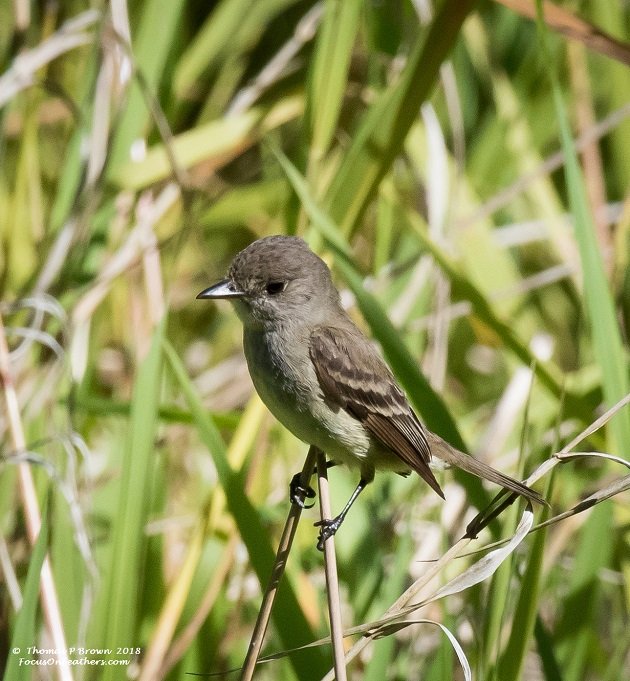 In the winter this place is alive with thousand of ducks and geese. Today, I saw a handful of Mallards, two Common Mergansers, and a Wood Duck Family. Here are a couple of the babies that have wandered off from mom. 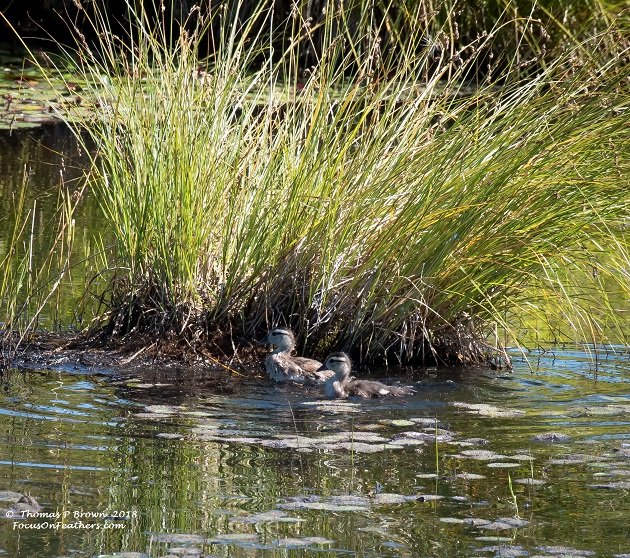 I made a stop at one of the observation platforms, and was thoroughly entertained by a Long-tailed Weasel. It ran right out to greet me, and then ran all around me, checking out the cool smells on my tripod legs. I am sure there was a small amount of Africa, and Scotland still lingering on the rubber pads. Here is one of our pick-a-boo games. 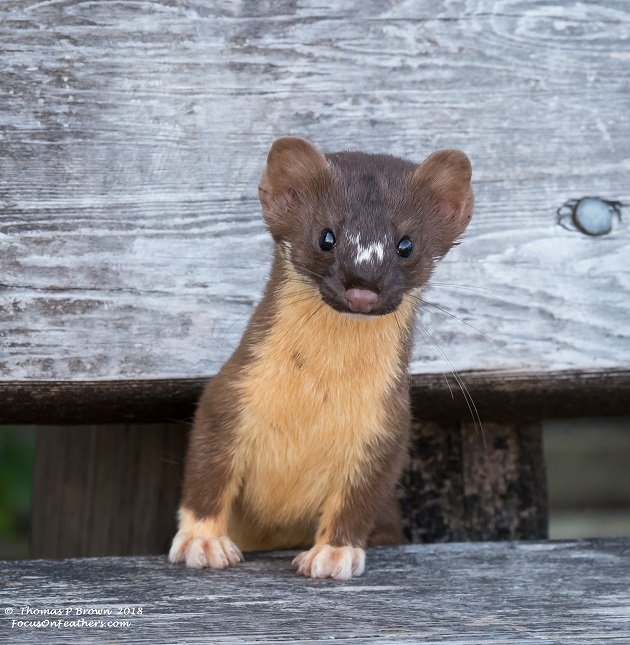 And here, it just cant get enough of smelling and nibbling on my tripod legs. 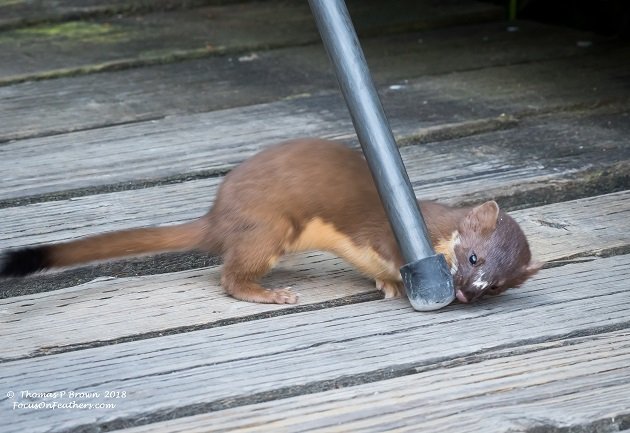 For those of you following along on my “Little Big Year” the numbers are as follows:

« Previous post
Where Are You Birding This Final Weekend of July 2018?
Next post »
Best Bird of the Weekend (Third of July 2018)