The days for me to add to my Little Big Years species count are getting fewer and fewer, and with it, my budget. Therefore, I am jumping at every opportunity to explore a new area, and subsequent birds that might be there. Such is the case when we got a call from our good friends Scott and Monica, inviting us to travel with them by sailboat up to the San Juan Islands, north of Seattle. My wife and I have had our boat up in that area many times, and I knew that there would be a good shot to add a few new birds from the far northwest end of the US. That, and 10 days back on the way was going to be a great to recharge the batteries after a long round-the-world trip.

We got on their boat, a 45 foot Gulfstar in Bellingham, Washington, and went straight to Sucia Island. This horseshoe shaped island has always been one of my favourites in the area, and a sure bet for a few pelagic birds on the way. The four hour run to the island was made in sunny, calm weather, and unfortunately, only provided me with some Pigeon Guillemots and one Marbled Murrelet.

Here is a small group of the Pigeon Guillemots near their rocky Cliffside nesting area. 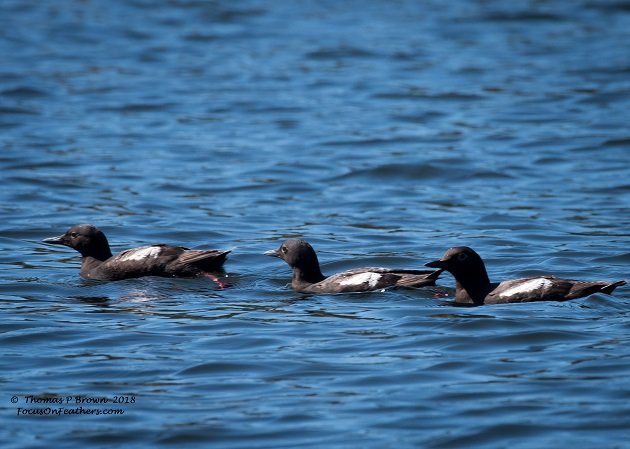 The Pigeon Guillemot is bringing a small fish for breakfast back to the nest. 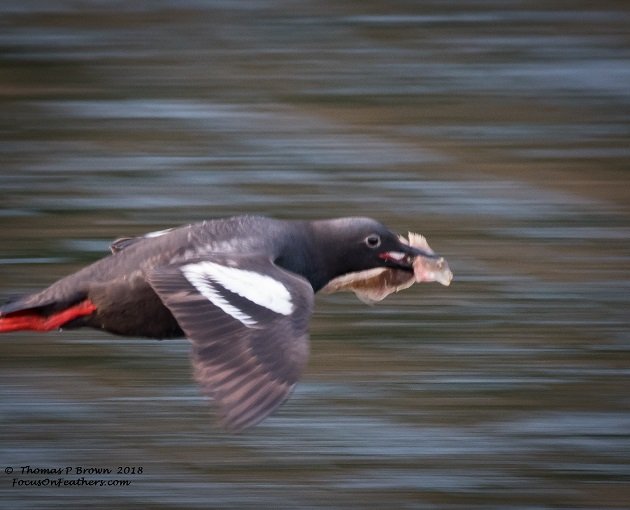 Out on one of the rocks that were visible during low tide, a small group of Harlequin Ducks had gathered. Here is one of them standing in the kelp. 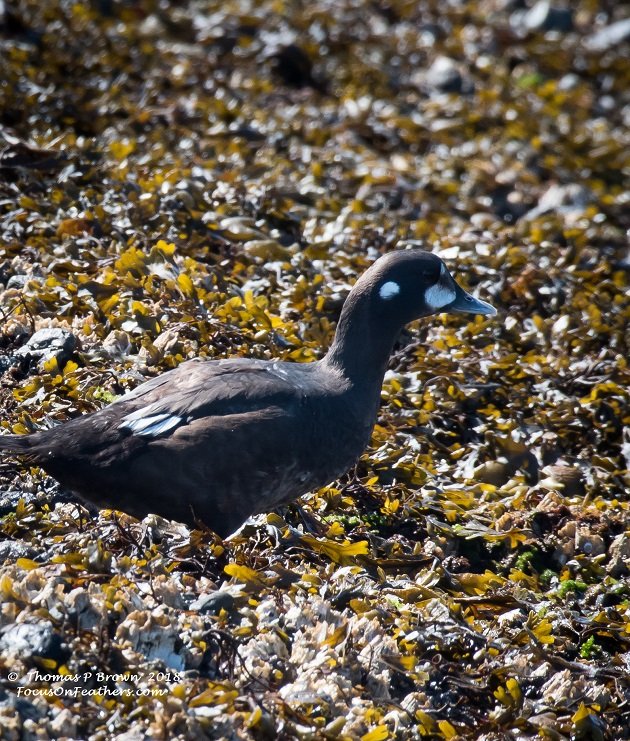 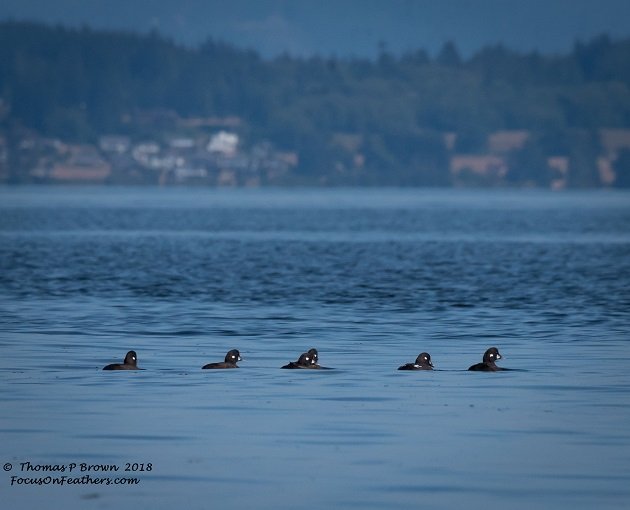 The next morning we were on the island exploring and going for a hike out to Ewing cove, where I ran across Hammonds Flycatchers, Chestnut-backed Chickadees, Spotted Towhees, Savannah Sparrows, House Wrens, Bewick’s Wrens, White-crowned Sparrows, and a pair of Black Oystercatchers along the shore where we landed the dinghy.

Our next stop was at Stewart Island, in Reid Harbor. Right after getting the anchor set, what to my eyes should I see, but several Purple Martins flying above the boat! They were joined by several Barn Swallows, which tended to fly much closer to the water. In addition to the swallows and martins, there were Pelagic Cormorants, Glaucous-winged gulls, Mew Gulls, and one lonely Herring Gull. A pair Bald Eagles were doing fly-bys over our heads, and there were Belted Kingfishers, Canada Geese, A pair of Mallards, and three Great Blue Herons.

Here is a small group shot of those Purple Martins. 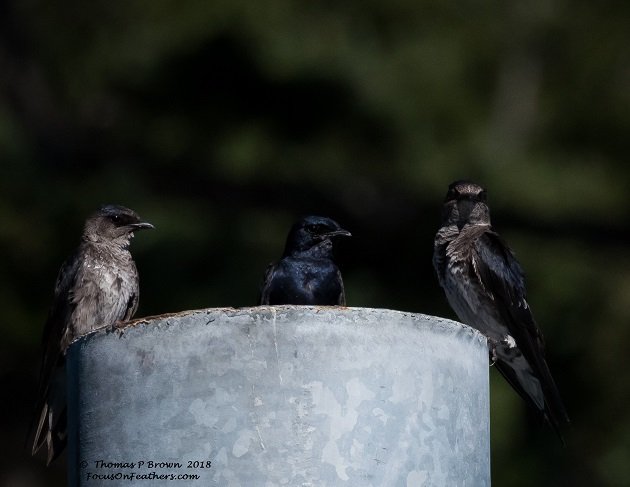 The next morning we were off the boat Early to make the hike out to Turn Point, and its historic Light Station, which is now been restored, and converted into a museum. My first surprise of the day came in the form of a great look at a Barred Owl, just sitting on an open branch. Right after a couple of quick photos, it was gone, off to more secluded locations. Most of the day was a repeat of the previous island s birds, but I did add some Brown Creepers, Oregon Juncos, Robins, Swainson’s Thrush, and some Turkey Vultures.

Here is the look got of that Barred Owl, first thing in the morning. 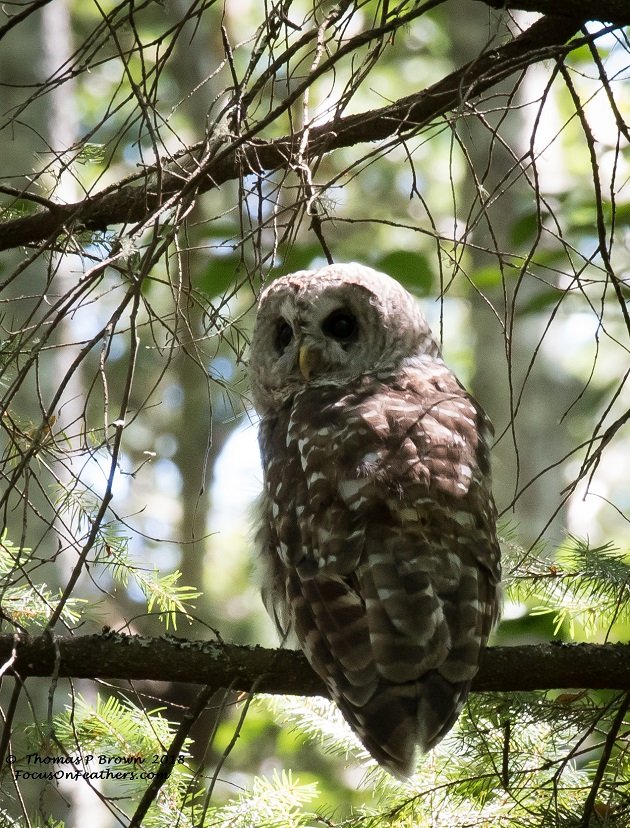 Later in the day, on an evening hike, about a mile from where I first saw the Barred Owl, I managed to spot this one as well. I really have no way of telling if this is the same bird or not. No matter what, spotting two owls in the same day is awesome! 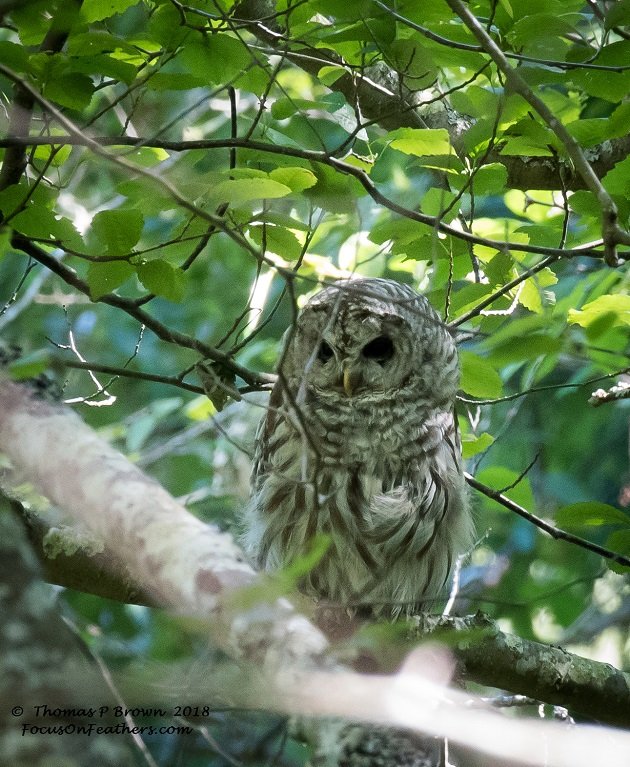 After a quick re-provisioning stop in Roche Harbor, needing water, gas, and more rum, we headed to Garrison Bay, where the Historic Fort and settlement was located in the late 1800’s. This is also the location of the great Pig War of 1872. Again, many of the same birds were showing up, but I did get to add this nice shot of a House Wren. 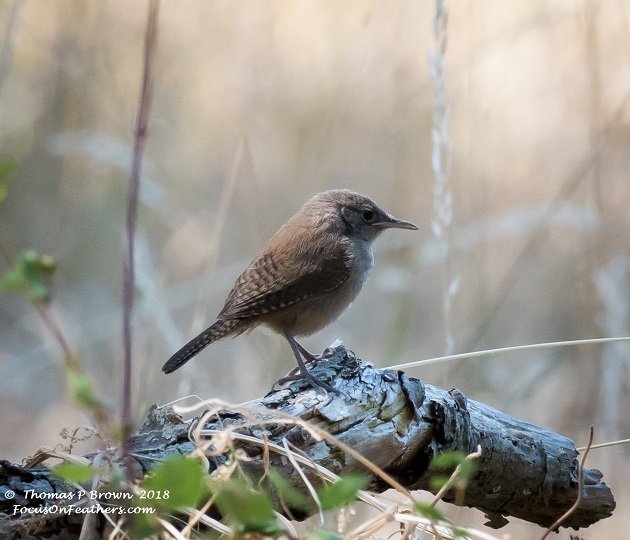 Our last stop of the trip was to be in Blind Bay, on Shaw Island. There is a small town of sorts on the island, located at the ferry terminal. There is a community bulletin board located there, where all the locals gathered to leave notes, notices and even a few dollars were posted there with a note that says, “For Jake”. In addition to all the community events, garage sales, and pancake breakfasts, was a notice of a seminar on the “Sea Birds of the San Juan Islands” at 6:00 Pm that night. I was not sure where this was being presented, so I quickly asked a couple of locals that were standing there. Steve, the gentleman I asked, gave me directions, and since it was a couple of miles away, even offered to give me a ride later that night. The young lady with him introduced herself as Rebecca, who just happened to be the person who was doing an internship on the island and was giving the presentation. This serendipitous meeting told me that I just needed to be there, and I am so glad I was. Rebecca did a beautiful job, not only discussing the birds on the area, but blending in some environmental science, and the issues that can affect the local bird species. The discussion was held on the beach, where everyone sat on large pieces of driftwood, with a beautiful ocean view as a background. Right in the middle of the presentation, this Greater Yellowlegs wandered right thru to everyone’s delight. 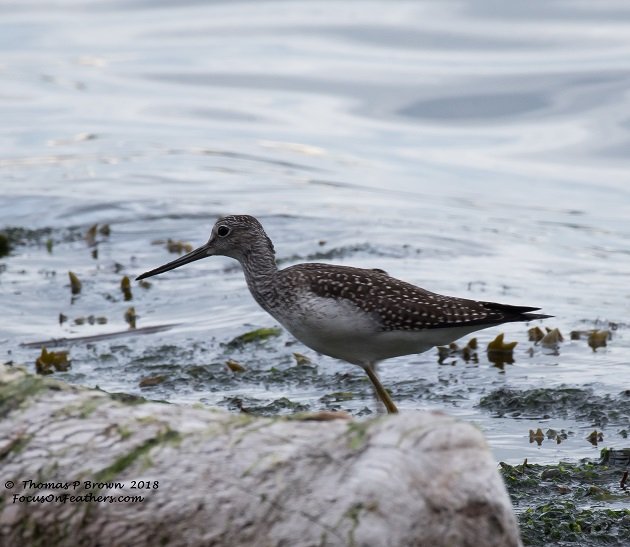 Blind Bay was able to provide me with a few new birds for the year as well. I was sitting on the boat, when a Surf Scoter flew by, prompting me to jump in the dinghy and give chase. 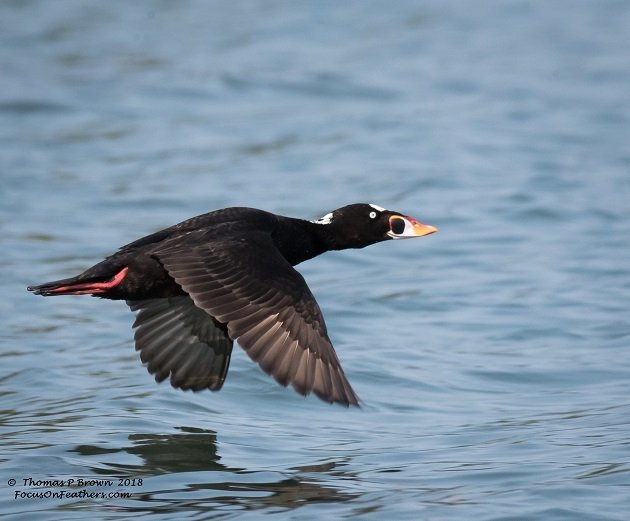 After getting a few good photos I wandered around the bay a bit and ran across a large group of Hooded Mergansers. 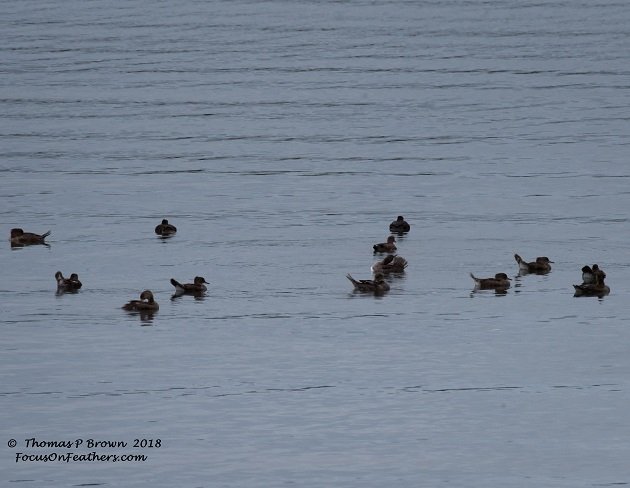 Without question, the bulk of all the gulls in the area are Glaucous-wing Gulls, and here is one that was near the ferry terminal. 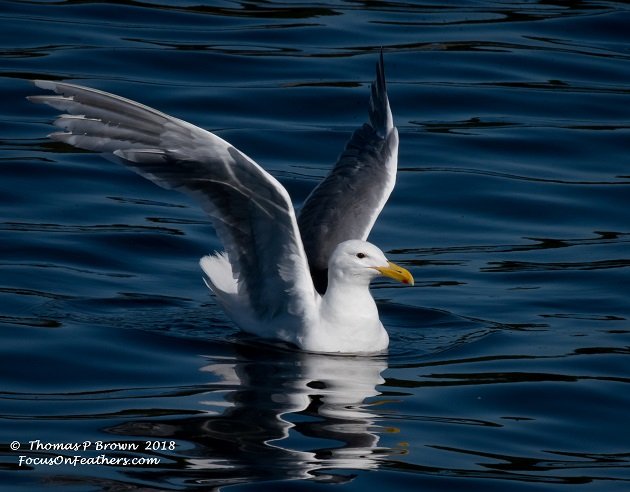 In addition to the adult gulls, this pair of immature Glaucous-wing Gulls was sitting on top of the bollard that guides the ferry into the loading ramp. I am not sure if it was hungry, or just caught in a big yawn

By this time next week, we will be down in my home state of Oregon, either at Crater Lake National Park or at Summer Lake NWR.

I was not really able to add a lot of species to my Little Big Years list this week, but the numbers continue to climb. Here is where it stands as of August 15th