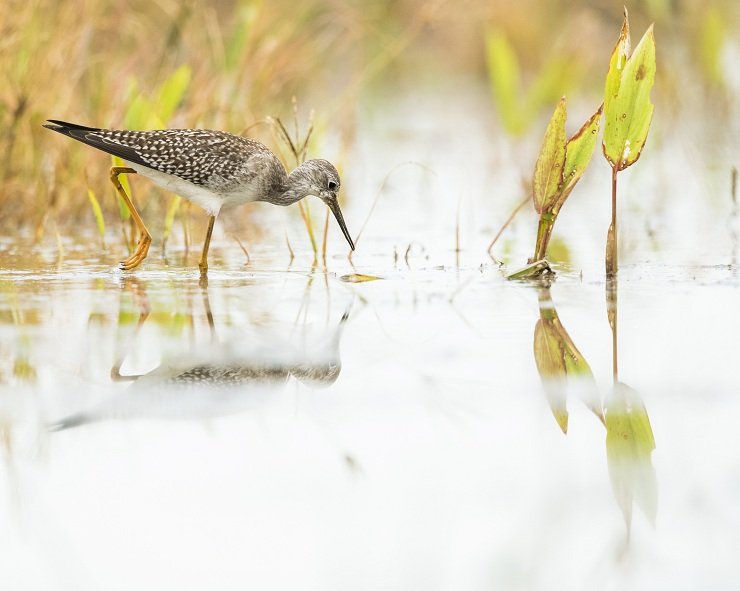 This pervasive pandemic we’re currently experiencing has squashed everyone’s travel plans – humans that is. Migration (in particular bird migration) is well underway, however. And when I say bird migration I’m referring to a specific group of birds – shorebirds. These intrepid travelers have captivated the very essence of my being, years ago when I used to work on an industrial port on the west coast of Trinidad I noticed each year these alien looking birds would appear, stick around for a while and then depart. Their mysterious nature piqued my interest and it’s never waned since.

In fact, the very first post I wrote for this blog centered around the search for a particular shorebird. Last weekend I wasn’t on the hunt for any species in particular though. I had been hearing flocks of shorebirds passing sporadically over my house so I knew that they were well and truly upon us. I opted to check one of my favorite (read: convenient) wetlands within which we identified a suitable field some weeks ago. 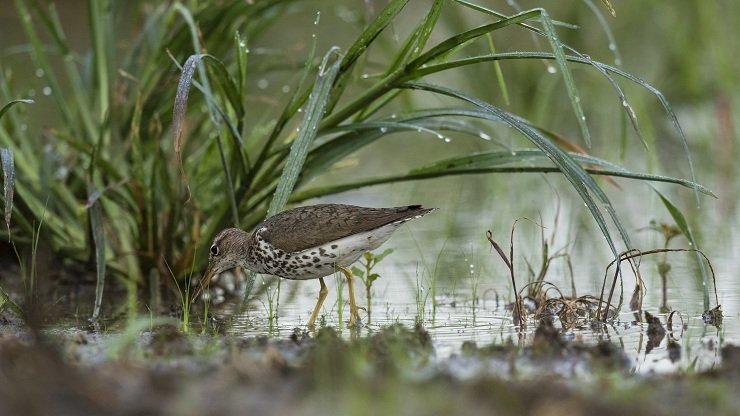 Making a beeline for this field at the crack of dawn, we were not to be disappointed. Well, apart from the fact that there was no resplendent sunrise with a full spectrum of heavenly color. It was a gray morning but the field was abuzz with activity. 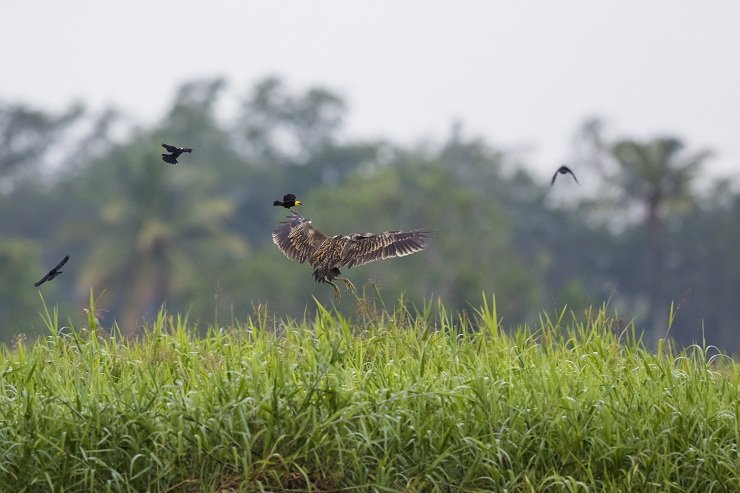 A Pinnated Bittern gets escorted to another hiding place by a squadron of Yellow-hooded Blackbirds.

There were more Lesser Yellowlegs than we could count. For my eBird list, I estimated 150 birds. Many of these were still in their breeding plumage, a special treat for us here in the tropics as they would soon shed their richly patterned exterior for a drab and more mundane outfit. Among them dabbled some smaller peeps – Least Sandpipers stood out immediately with their bright yellow legs while the grayer Semipalmated Sandpipers preened and fluffed in the early morning. 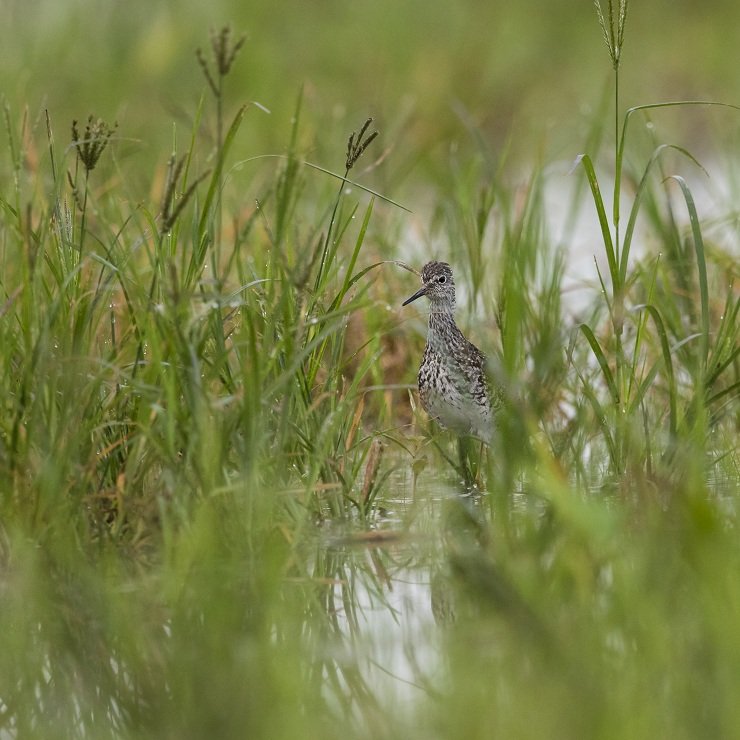 Fork-tailed Flycatchers also occupied the same fields, these aggressive tyrant flycatchers were busying themselves chasing everything in sight. Whatever was in flight within their airspace was fair game. Bickering yellowlegs that took to the air soon put their differences aside to evade the assault from the South American birds. The Fork-tailed Flycatchers did not let anything pass by in peace – whether it was a recently arrived shorebird or the local Limpkin or even a wandering Crested Caracara. 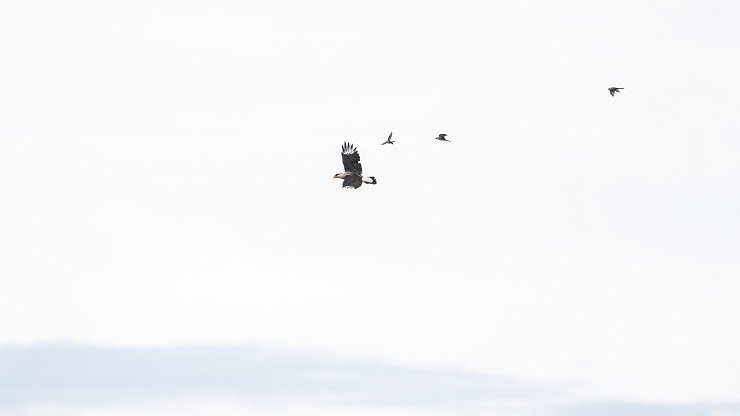 A Crested Caracara gets mobbed by Fork-tailed Flycatchers. 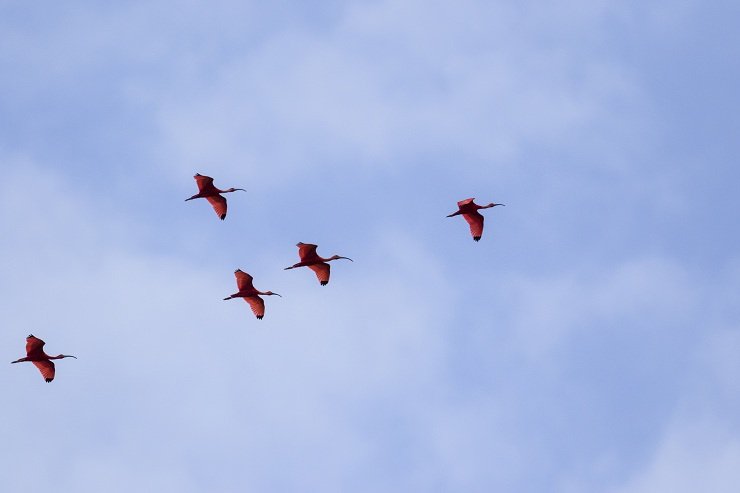 I happened to look up at just the right time to catch a small flock of Scarlet Ibis.

Fortunately for the shorebirds, the flycatchers would be gone in a few weeks, hopefully leaving them to overwinter in peace. Some however would be using this time as a brief stopover to refuel for the remainder of their mammoth journey – we saw a single Pectoral Sandpiper among the hordes of Lesser Yellowlegs albeit only after I got home and was reviewing pictures! Pectoral Sandpipers pass through en route to southern South America, some going as far as Tierra del Fuego.

The overabundance of Lesser Yellowlegs made it a challenge to locate any other species as they were constantly on the move, however we were able to pick out a single Greater Yellowlegs and several Stilt Sandpipers in the mix. The latter is an inland wetland specialist, and is always a pleasure to see. 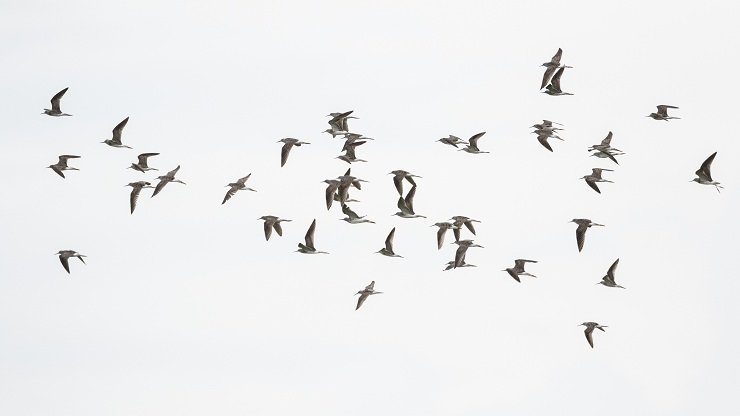 This eye exam is brought to you courtesy Scolopacidae – can you pick out any Stilt Sandpipers? (There are four!)

Part of the wonder of shorebirding is in seeing more by looking more. While seated hidden among some corn plants, a Spotted Sandpiper in gorgeous breeding plumage landed about 15′ away. Naturally, by the time I locked focus on the bird it turned away and began feeding. 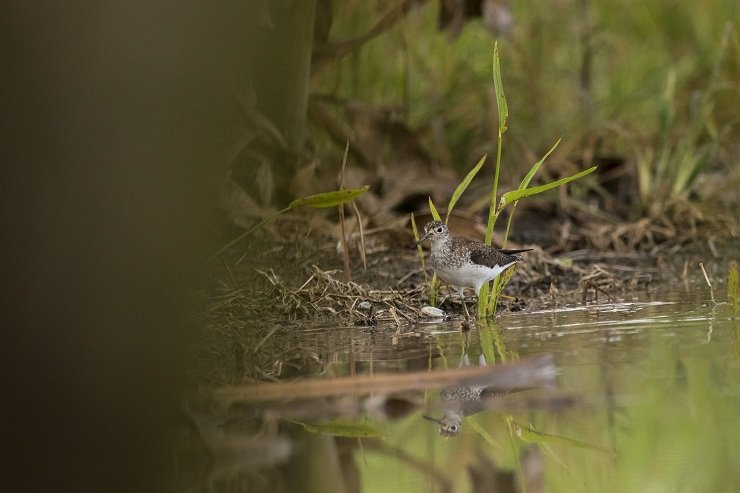 A Solitary Sandpiper also made a brief appearance.

It had been a long time since I spent only about an hour and a half in a single location and filled a memory card with images. 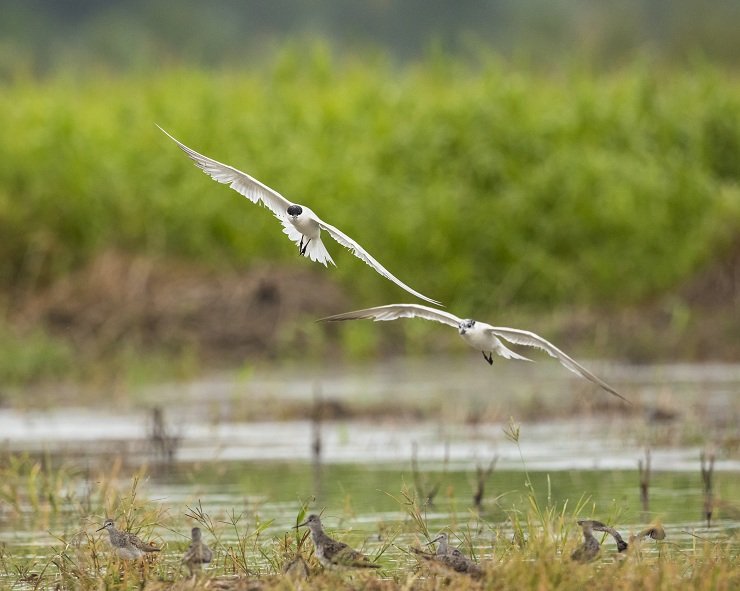 A pair of Gull-billed Terns flew in just when we were getting ready to leave. 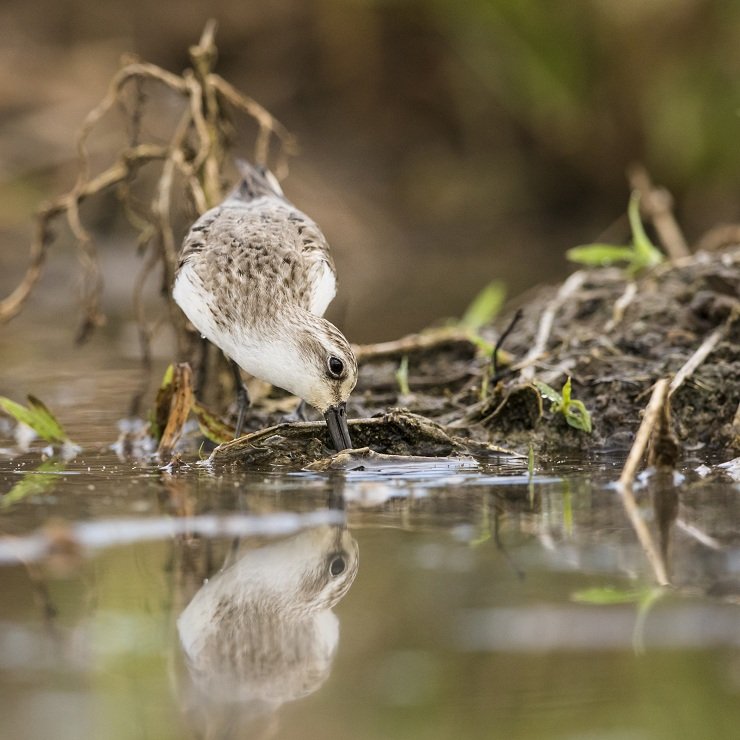 Here’s looking forward to more shorebirding in the coming weeks, I hope everyone is enjoying the passage of these globetrotters as much as I am! 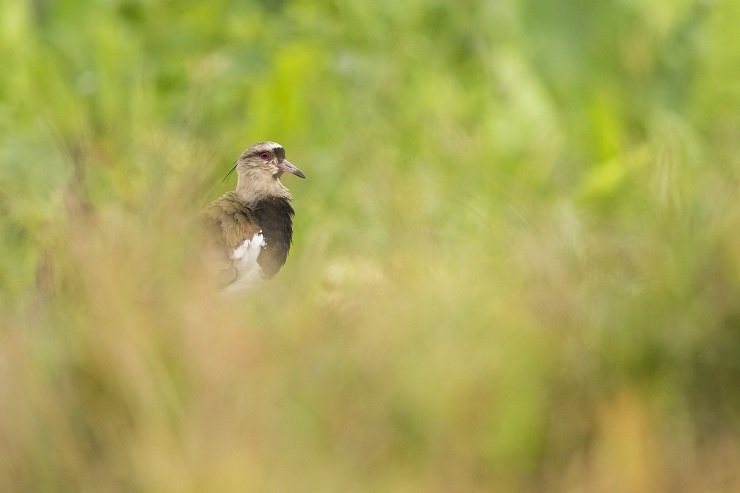 Meanwhile, our resident Southern Lapwings seemed annoyed at all this sudden activity. 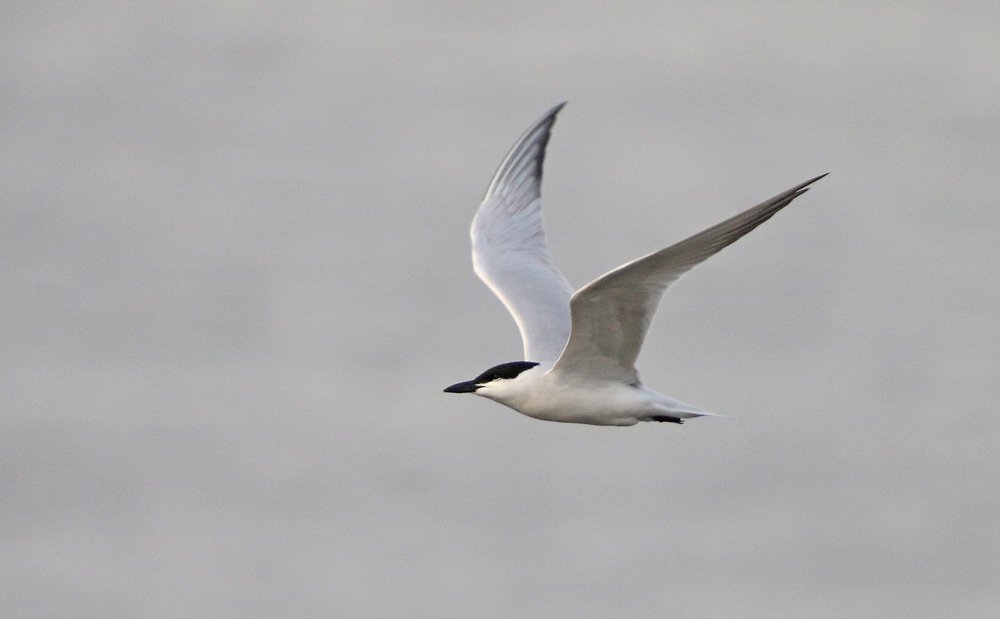