What I Did for Love 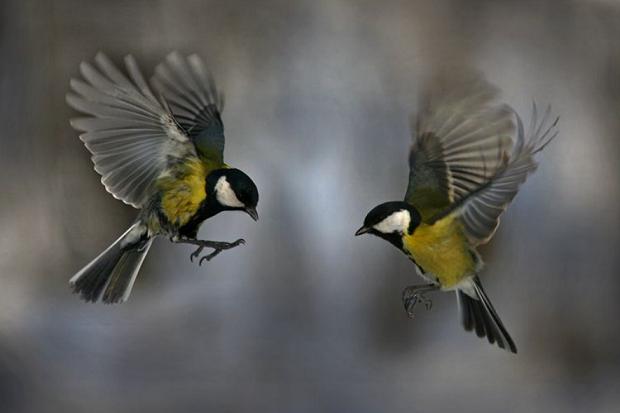 If a bird were to sing “What I Did for Love,” from A Chorus Line, it wouldn’t warble about devoting itself to theater and dance. Although both of those talents come into play in avian mating. Which leads us to what some birds would do for love.

Great Tits would likely boast about their loyalty. A new study out of Oxford University found that these birds will stick close with their mates, even if that means going hungry. The research involved devising scenarios that gave only one bird of each mated pair access to certain feeders. Rather than split up and find their own meals elsewhere, the birds without access waited while their mates fed. This “take one for the team” behavior is familiar to anyone who doesn’t share their significant other’s preferred cuisine, but goes along for the ride anyway, because that’s what you do. (Case in point, me + husband @ the crepes place last night.)

On the other hand, lady passerines might sing of how their appearance reflects their mating habits. Research published in Nature examines colors across species and genders. It suggests that the more monogamous a species is, the more colorful its females tend to be. Migrating gals also tend to be duller than their sisters who reside in the tropics, because their love affairs tend to be more fling than everlasting. All of which kind of turns human behavior on its head.

But then again, we’re not quite lovebirds.

I Hear Vultures Are Making A Comeback