Have you heard the news? The Fiftieth Supplement to the American Ornithologists’ Union Check-list of North American Birds, published in the July 2009 issue of The Auk, is bursting with taxonomic and nomenclatural changes that will wreak havoc on your life lists and possibly knock your birding world right off its axis. Can you get your head around the transfer of Piranga, Habia, and Chlorothraupis to Cardinalidae? 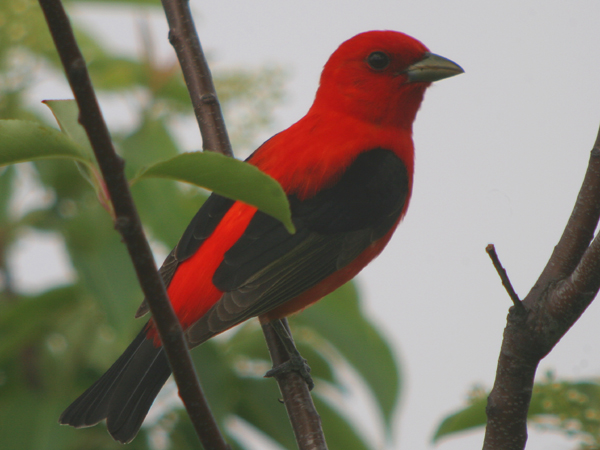 A true tanager no more

David Ringer deftly delineates all the new changes. I strongly recommend this post not just for cogent summary of taxonomical trickery but for a fascinating discussion in the comments as well. Reading them brought me back to the last time I wrote about a change to tanager taxonomy titled When Is A Tanager A Spindalis? The split of the Stripe-headed Tanager in the forty-second supplement to the AOU check-list didn’t affect me at the time. By the time I even learned of spindalises, the title change was a fait accompli.

This change is different on a number of levels. First of all, the four spindalises are still tanagers whereas familiar and beloved North American species like Scarlet, Summer, and Western Tanagers will now be grouped in with cardinals and grosbeaks, leaving the ABA region mostly bereft of true tanagers. Second, no name change accompanies this alteration. We can still call Piranga flava the Summer Tanager (though it probably won’t respond… it never did anyway). The question is, “Should we?”

This very point was debated with remarkable insight on David’s blog. I hope he doesn’t mind my sharing some salient points in order to encourage further discussion either here or there.

Steve Summers:
When Stripe-headed Tanager was moved out of Thraupidae the English name was changed to Spindalis (that of the genus). It seems most folks didn’t have problems with that. I wouldn’t have any problems with Western Piranga, Summer Piranga, etc. or Olive Chlorothraupis either for that matter. …if we don’t change the English names then names such as Finch, Tanager, Cardinal will really lose their meanings.

David Ringer:
I’m opposed to “Scarlet Piranga,” etc. I’m not convinced that English names need to reflect phylogenetic relationships (isn’t that why we have scientific names?) — and in fact, for the most part, they already don’t. Finch, flycatcher, chat, sparrow, robin, oriole, grosbeak, and lots of other names are completely meaningless phylogenetically and instead refer to some sort of general body plan, anatomical feature, or lifestyle.

Michael Retter:
Most birdwatchers don’t follow scientific names, so there is a real benefit to having common names follow taxonomy. In most cases it’s the only way they’ll have any idea how birds are related to one another. Knowing that Piranga and Pheucticus are related, for instance, will helps make sense of their similar-sounding songs. It’s challenging sometimes when one is fully engrossed in one of the particular disciplines, but I think we should strive to see things through the prisms of both birdwatching and ornithology.

Rob Parsons:
For most English speakers Piranga “tanagers” are *the* tanagers. I’m not a huge fan of making a name change along that line. After all, we seem to manage with grosbeaks, buntings & sparrows in different families without difficulty.

Interesting dialogue, right? You may not be as engrossed in the taxonomy as some of us are but what are your thoughts on the (strictly hypothetical at this point) possibility of renaming our Piranga tanagers? 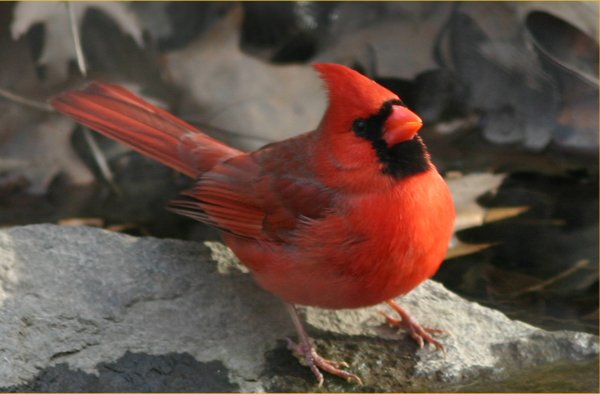 Welcome to the family!