I ended my last post by alluding to illegal bird trapping in Cyprus. It’s referred to as Ambelopoulia (or Ambeloboulia – “p” is prounounced more like a “b” in Greek, and the emphasis is on the “-ou-“), which is the pluralized Greek word for Blackcaps. I’ve blogged a good bit on the topic, Charlie has a useful podcast on the topic, and you can read last year’s trapping report from BirdLife Cyprus to get caught up to speed.

Obviously Animal Rights’ Activists will take issue with this kind of trapping. But their concerns are not why this trapping is illegal. The law is laid out in the European Commission’s Directive on the conservation of wild birds. But still, that’s lawyer-speak. In simple terms then, why is the Ambelopoulia trapping a problem? Answer: The trapping methods used are so indiscriminant and result in the deaths of birds from such a wide array of species. Individual birds from over 150 (!!!) different species have been found to be trapped and killed. Even worse, the number of species with conservation status of “vulnerable” or worse exceeds 28, and the number of species with limited global range includes at least 9 species, according to surveys. Just about any bird that would fly through a garden, orchard, or similar habitat can fall prey to the trapping methods used in Cyprus. Nightingale, Thrush Nightingale, Semi-collared Flycatcher, Tree Pipit, Golden Oriole, Bonelli’s Warbler and Common Cuckoo — all difficult birds to see even for an experienced birder who is familiar with the Cyprus landscape — are also killed, and in saddening numbers.

Even Pallid Harrier, Merlin, Lesser Kestrel, Barn Owl, Short-eared Owl, and Long-eared Owl are killed. And many more species that have also been trapped illegally, in Cyprus. The list goes on and on and on.

A fair number of European nations spend a good bit of money trying to conserve these species, and every year Cypriot trappers reap the rewards. More than 1 million birds are trapped annually in Cyprus. By one estimate, 70% of the passerines that wander haplessly into the wrong garden, orchard or similar habitat are killed. 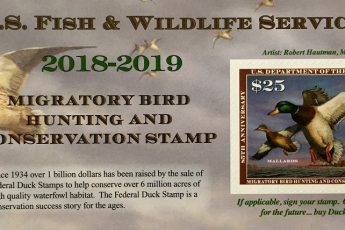