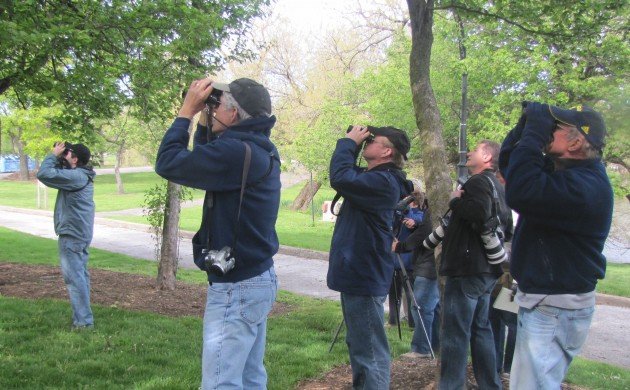 Chasing the mystery elaenia which showed up in Chicago in 2012—where my girls at?

That’s the question asked by this very detailed and thoughtful post to the ABA blog. It quotes a number of prominent birders (including our very own Julie Zickefoose) weighing in on why there are plenty of women who bird, but few who rise to the highest echelons of birding (whether you take that to mean leadership in birding organizations or just plain listing). And as you might imagine, this hot-button post is generating plenty of comments.

Among the possible reasons cited for the dearth of women at the top are challenges in finding good mentors, a tendency to avoid being assertive, safety concerns, getting into birding later in life than their male counterparts, and differences in approach (e.g., appreciating birding for more than just the bragging rights of one’s latest tick). Of course, no one is saying that all women who bird share these circumstances, just as all male birders aren’t alike. In my own experience, all of the above applies to me except the mentoring angle: my very first birdwatching walk was led by the longtime leader of our local Audubon chapter who’s a woman and an expert in both birding and nurturing newbies, and my formative years were guided by an incredibly supportive man who is the humblest bird guru I’ve ever met. I haven’t encountered much outright sexism in the field, but other women have not only seen and heard it but also made the t-shirt.

The ABA blog post concludes with Zickefoose saying, “If female birders frustrate me, it’s because so many of them never allow themselves to arrive.” Which is definitely food for thought. So what’s your take? Are the odds stacked against women in birding, or do they/we succumb to obstacles of our own making? Moreover, what would you change—if anything—to encourage more girls and women to become leaders of the birding world?

Where Are You Birding This Second Weekend of May 2011? 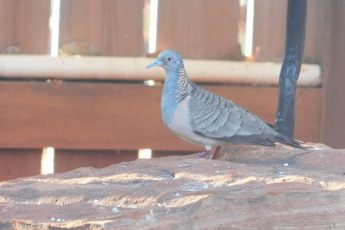