Next time you feel overwhelmed by how many birds there are in the world and how much work it is to keep track of them, be thankful that you’re more interested in feathered flyers than scaly swimmers. According to the Associated Press, an ongoing Census of Marine Life, the first effort of its kind, is discovering three new fish species a week on average and predicts that as many as 5,000 unknown fish species may be lurking undetected.

So before you trade in your scopes for scuba gear, consider the numbers. Even if you stick to fish alone, you’ll have to contend with twice as many piscine species as avian. Add dolphins or crustaceans to the mix and you’re really in trouble. I don’t even want to know how big the field guides must be!

Here’s hoping that the majority of avian species are already accounted for. We think that ‘10,000 birds’ sounds about right, don’t you? 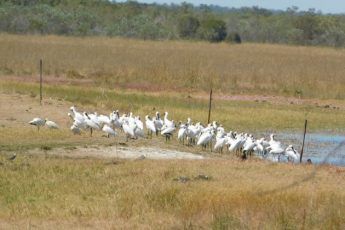 A flock of Spoonbills

A close encounter with a Wedge-tailed Eagle