Here’s a prediction: Parrots, falcons, and seriemas are on their way to new positions in your checklists and, eventually, field guides. Oh yes, change is a-comin’.

Traditionally, of course, falcons have been classified with other diurnal raptors, parrots have been positioned between doves and cuckoos, and seriemas have been lumped with cranes, rails, and other birds in the order Gruiformes. (If you’re not familiar with the South American seriemas, here’s a great image. I like this one too.)

However, evidence has mounted in recent years that falcons are not closely related to other diurnal raptors and seriemas don’t belong anywhere near gruiform birds. In fact, the two groups appear to belong near parrots and passerines, which are now thought to be sister clades.

Some of this should sound familiar. A couple of well-publicized studies, including the “Early Bird” project, have presented these hypotheses in recent years, leading several checklist authorities, including the AOU, Clements, and IOC World Bird List, to move seriemas into their own order (Cariamiformes) and to restrict Falconiformes to falcons, moving hawks, eagles, kites, and other diurnal raptors to an order called Accipitriformes.

But what no major checklist has yet done (to my knowledge) is to take the next step and rearrange the order in which these groups of birds are presented. Even the generally progressive IOC World Bird List has as of this writing has a footnote saying, “Will resequence in the future.” It’s all well and good to erect new orders while leaving the sequence more or less the same, but moving parrots next to passerines and putting seriemas and falcons nearby, far from the birds they much more strongly resemble? That’s a big step, and it’s going to throw a lot of people for a loop.

Proposition 491, though, could be the start of a sea change if it passes, or even just by virtue of its introduction. The AOU North American committee could go through its own review process as early as next year, Clements would follow in short order if that passed, and the IOC list would almost certainly make similar changes somewhere along the way. Some field guides would eventually follow as well, though I think changes like this could start driving more field guide authors and publishers away from following strict taxonomic order. Separating ducks and coots is one thing, but separating hawks and falcons? I think that would be a tough sell.

It’s exciting and mind-bending to ponder a seriema-falcon-parrot-passerine relationship. Seriemas are long-legged terrestrial hunters related to extinct terror birds (phorusrhacids). Parrots have bills that certainly seem raptorial – consider the bills of a macaw or a kea, a caracara, and Titanis. Then of course there are the wood-warblers, carnivores after a fashion but without any of the heavy equipment.

The problem is that we can’t tell what the physical characteristics actually indicate about these relationships (yet). “No morphological characters are known that convincingly support a Passeriformes / Psittaciformes clade,” wrote Gerald Mayr in a recent review, not suggesting that the hypothesized relationship is necessarily incorrect but simply that so far at least, no known physical characteristics back up what genetics work is telling us. (A group of birds known only from fossils, however, appears to be very close to passerines but shares the foot shape of parrots rather than living passerines.) So comparisons of bill shapes, foot shapes, and the like can certainly stimulate the imagination, but we need rigorous science to explore and synthesize more molecular work, morphological analysis, and biogeographical hypotheses in order to close more gaps in our understanding.

The SACC will have to determine whether they believe there’s strong enough evidence to make these changes now, or whether to wait for additional published research before making such significant sequence changes. Interestingly, Proposal 491 didn’t initially present any new information, citing studies from 2006 and 2008. However, comments from Keith Barker appended to the proposal cite additional support forthcoming for the parrot-passerine relationship and make the suggestion that seriemas also be moved. (Dr. Barker has been involved in important avian systematics projects, including the paper responsible for the recent wood-warbler overhaul.) I think this proposal has a good shot at passing, at least in South America. What do you think? Is it too soon to make changes this big, or is the evidence strong enough to proceed? And would you use a field guide that splits up hawks and falcons? 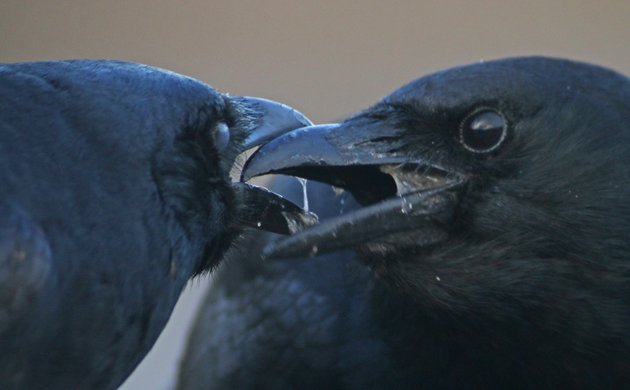 « Previous post
Where Are You Birding This Second Weekend of August 2011?
Next post »
Road birding in New Zealand