With 2010 receding in the rear view mirror I had a great morning out birding on the first day of 2011.  The undisputed highlight of the morning’s outing, which netted eighty-something species of bird, was the one lifer I tracked down almost as an afterthought.  A Vermilion Flycatcher had been reported from El Modena Park in Orange, California, a small park that is not really on the radar of the birding world, except, of course, for those who have it as a local patch.  I had tried for the bird both early and late on my one full day of birding a couple of days after Christmas and had double dipped.  As you can imagine, after such a disappointing double disaster I had no intention of trying again to put that particular Pyrocephalus rubinus in my binoculars.  But on my way home from birding the much-more-known San Joaquin Wildlife Sanctuary and the justly famous Upper Newport Bay Nature Preserve and Ecological Reserve I had a bit of time before I was expected back and I was driving practically right past the park on the 55 freeway, so I detoured, expecting nothing except for another dip. Of course, as you can tell by both the title of the blog post and the pictures, my twitch was successful.  You can also tell that the bird that I spotted is the drab (when compared to the bright red male) female.  Even though she might not be much to look at I was impressed by her willingness to hold her flycatching turf and not be cowed by the Cassin’s Kingbirds that were also frequenting the area.  She may not have been bright but this female Vermilion Flycatcher was bold!

Getting a lifer is a great way to start the new year and it was made even sweeter by the fact that I had missed this particular bird previously.  The other birds present in the park were pretty sweet too, but you’ll have to wait until I blog about the whole morning before you learn about them…until then, good birding! 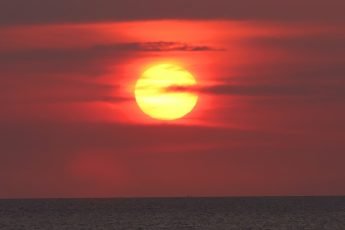