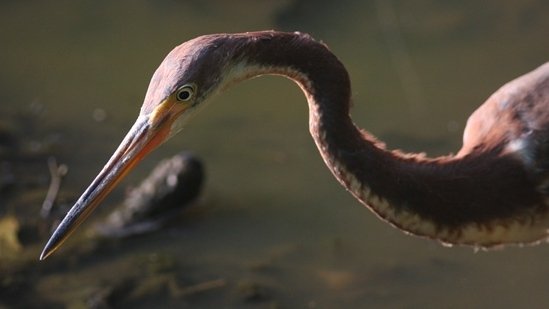 Let me apologize in advance. I realize that there is nothing more tiresome to hear about from a birder than their own county list. It’s too much like fantasy football. You can discuss an actual team’s merits for hours among like minded fans. But the minute you bring up your fantasy team, a collection of paper players with no relationship outside of your computer screen, you can see the shock register on your companion’s face as they rapidly seek out the nearest exit. Because – and this is critically important – no one cares about your fantasy team but you.

At it’s best, however, it can be sort of interesting to hear how an individual’s home county is similar to or different from your own. Or whether there are certain handicaps that prevent the ready discovery of shorebirds or waterfowl or grassland birds. These sorts of things are interesting to a small, and likely deranged, community of people. A community of which I count myself as a member, not so oddly enough, so you’re just going to have to either suffer through this anecdote or try to appreciate the tiny victories that birding can bring you. Or you can skip it. Your call.

Ok, so before I moved my home county lists (and I count three in that number as I lived right at the corner of one) were probably my most seriously taken birding endeavors. Such that I could chase birds with a young child and a tolerant-but-not-indulgent spouse, these were the geographical constraints I tended to focus on. Between these three counties I had something along the lines of 250-odd birds, which isn’t bad 200 miles from the ocean. I had missed a few vagrants, but seen most of the reasonably expected unexpected species. The common uncommons, as it were.

So, now I live in a new county (Guilford for those keeping track) where my county list is significantly less (currently at 74), so you would not expect me to have a species on this new list that I had never come across in those worked over home counties*.

Until this past weekend, you’d be right. But late last week I popped over the lovely Greensboro Bog Garden and finally got my eyes on a long-staying Tricolored Heron, fairly unlikely this far inland and, get this, a species I had never come across in my home counties.

This juvenile bird was not scared of anything as it foraged right off of boardwalk. I was joined by two local photographers (I couldn’t tell if they were birders, they lacked binoculars) as we watched it hunt tadpoles and cursed it for being too close.

It was something of a watershed moment. My first county rarity as a resident, and already a leg-up on my new home. Hopefully the first of many.

*It occurred to me in writing this that waaay back when I was a state twitcher, I chased two other rare birds in this county, Pacific Loon and Western Grebe. So this technically makes three species not on my old home lists. But the first as a full-fledged resident.