This planet of ours is impossibly vast, as those eager to bird the length and width of it might attest. Watching birds in a new territory can be a tense affair; if you don’t spot and identify that tody-flycatcher during your brief stay in a distant land, YOU MAY NEVER GET ANOTHER CHANCE! There are simply too many other places to visit, too many birds to see. Consequently, if you are serious about making every second count when birding abroad, and by abroad, I mean anywhere outside your backyard, you have to do the research. Yes, school may be out where you are, but education never ends for the ornithologically-inclined. Birders on the road should acquire, at the very least, a definitive bird-list and field guide for each stop on the itinerary. With only one shot at a rare endemic, a decent photograph or illustration might make the difference between clarity and confusion. But wouldn’t you prefer, instead of those static resources, some full-color, high-resolution, true-to-life video and sound of your target birds? If you’re heading to Venezuela, you’ve just hit the jackpot!

The Video Guide of the Birds of Venezuela, presented by Ferraro Nature Films, documents more than 300 superb species over four DVDs. This vibrant video guide offers footage for passerines and non-passerines, classified by order and identified by both their English and Spanish names. Each clip usually includes calls and field sounds as well.

I’ve had the opportunity to correspond a bit with Carlo Ferraro, the accomplished documentarian behind the Video Guide of the Birds of Venezuela and a slew of other works, and I am impressed. His camera work is incredible, capturing the beauty and character of his avian subjects. He also comes across as very passionate about the birds of Venezuela. Viewing the toucans and tanagers, cotingas and cocks-of-the-rock of his homeland through his eyes will most certainly inspire you to seek out each one yourself. Judged strictly as a visual record of a variety of exotic tropical species, this video guide is a treasure.

I can’t help but think that the Video Guide of the Birds of Venezuela could be an even more valuable resource than it already is. The DVDs offer video footage with sounds, as well as still photos and sections with all the species edited one after the other for quick review. However, the video lacks any kind of narration. I would have loved to have heard information about each featured bird’s habitat, habits, and seasonal movements. Obviously, the videographer knows these birds well; how else could he have captured such intimate shots? His observations could have added another level of utility to this guide, and more important, an additional means to engage the viewer. Even the most ardent enthusiast may find an hour of bird footage punctuated only by the odd call or song a bit tedious.

The most important attribute of a video guide is indisputably the video. For that reason, I think the Video Guide of the Birds of Venezuela is wonderful. Carlo Ferraro serves up a stunning smorgasbord of beautiful birdlife. This video guide is a must for anybody planning a bird watching trip to Venezuela. If you’re headed that way, you’ll value this special sneak preview of the sights and sounds of the native avifauna. More than 1,300 or so bird species are known to pass in and out of Venezuela’s borders. After enjoying the Video Guide of the Birds of Venezuela, you’ll be well-acquainted with at least 300 of the most beautiful of them. 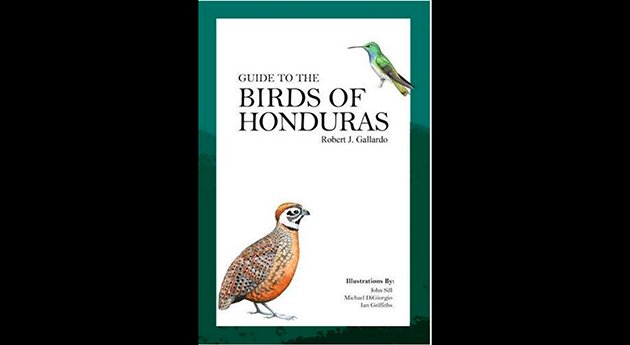