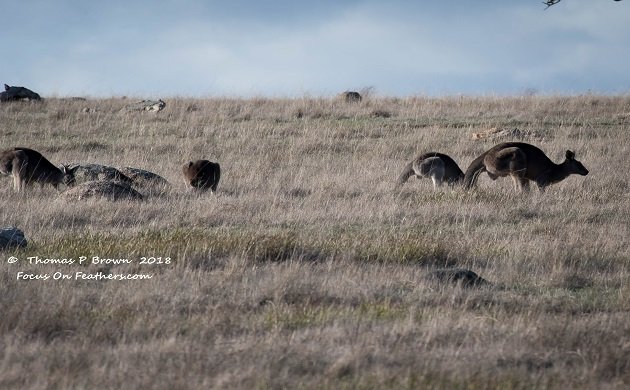 This is a continuation of the story about landing in Melbourne, Australia, and I will cover our afternoon the first day and my visit to the Royal Botanical Gardens. If you have not read part one, it would be worth your time to do so, as there are some really great birds covered there. It just seemed wrong to post any stories about Australia without at least one Kangaroo, so on our second hike, those featured in the cover picture showed up on the edge of the forest.

After leaving The Farm, we headed in land, to find some bush birds. The first stop was at Little River. This small community was made famous by the popular 70’s rock band of the same name. We were actually targeting a specific bird, Long-billed Corellas. This white cockatoo has a light red face, and red slash thru its throat. Giles felt that there was a pretty good chance of seeing some near the railroad tracks in Little River. True to his word, we pulled up, and the tree right above us, was full of these noisy white birds. In addition to the Long-billed Corellas, there were a couple of Red Wattlebirds. Just as we drove away, a Australian Hobby flew right past us. 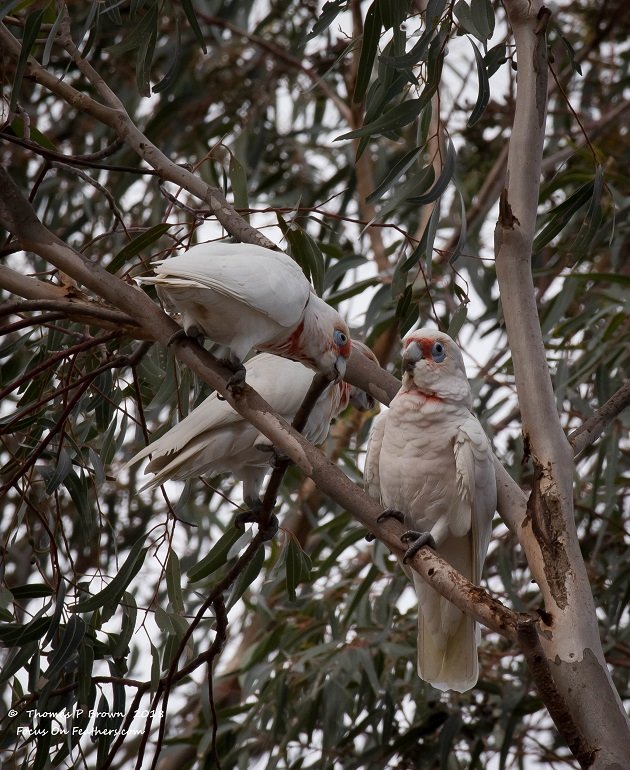 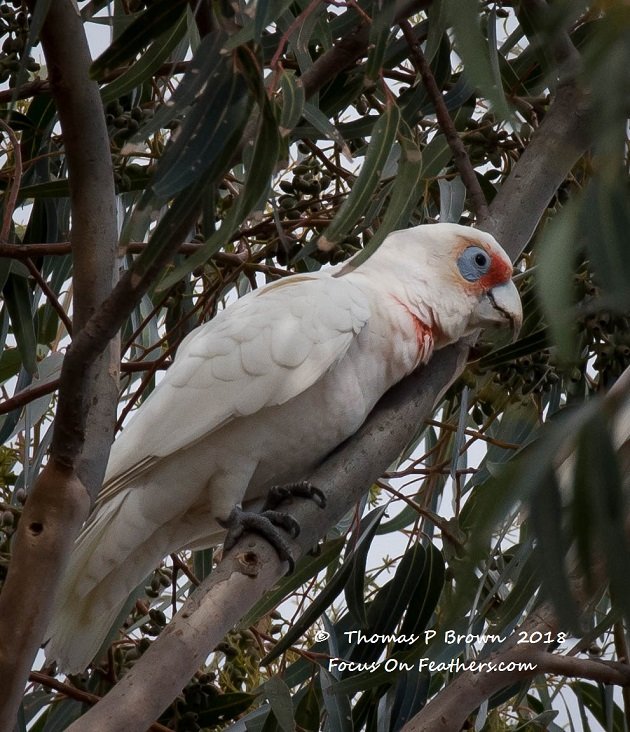 From here we moved to a couple of forested hikes, looking to add a few more species before the end of our day. Again, Giles came thru in aces. The first hike yielded Scarlet Robins, White-winged Chough, Buff-rumped Thornbirds, Gray Shrike Thrush, White-browed Wren, Golden Whistler, White-plumed Honeyeaters, and one of my favorites, the New Holland Honeyeater.

This is the afore mentioned New Holland Honeyeater. 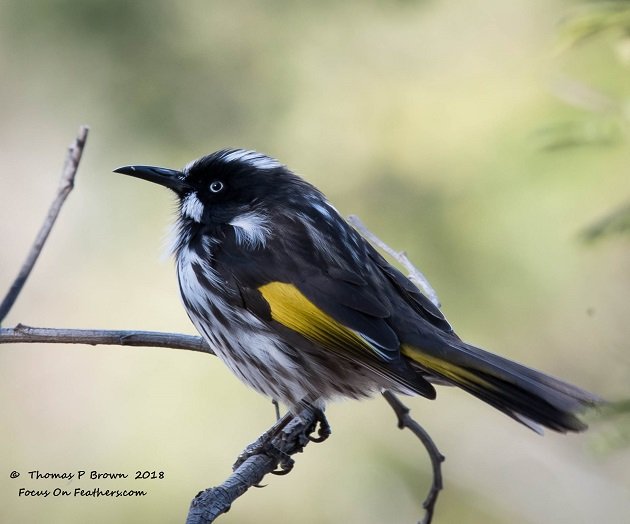 Seemed like no matter where I moved to, this Scarlett Robin kept a small twig between me and it. 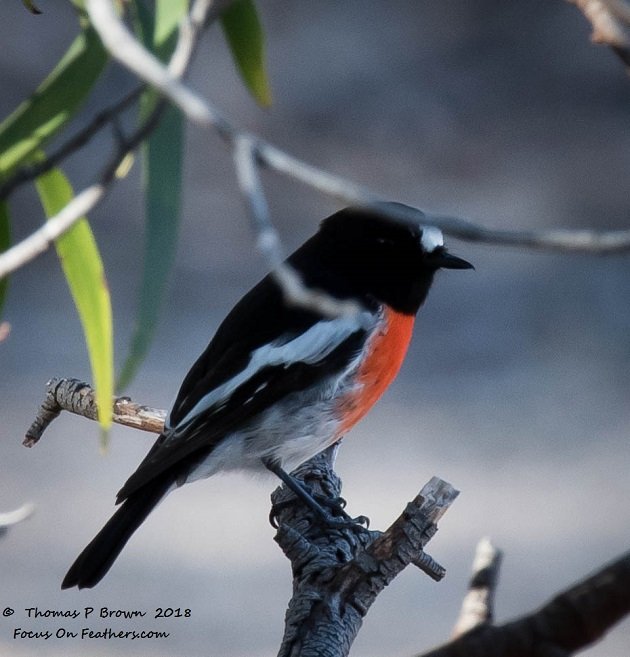 The second hike, was toward the end of the day, our legs and our eyes were getting a little bit tired, but a pair of Sulphur-crested Cockatoos showed up, along with Common Bronzewings and Brown Thornbirds.

Everyone says the Sulphur-crested Cockatoo is a common bird, found in every major city park, but my first one is still way cool.

This is the Common Bronzewing. 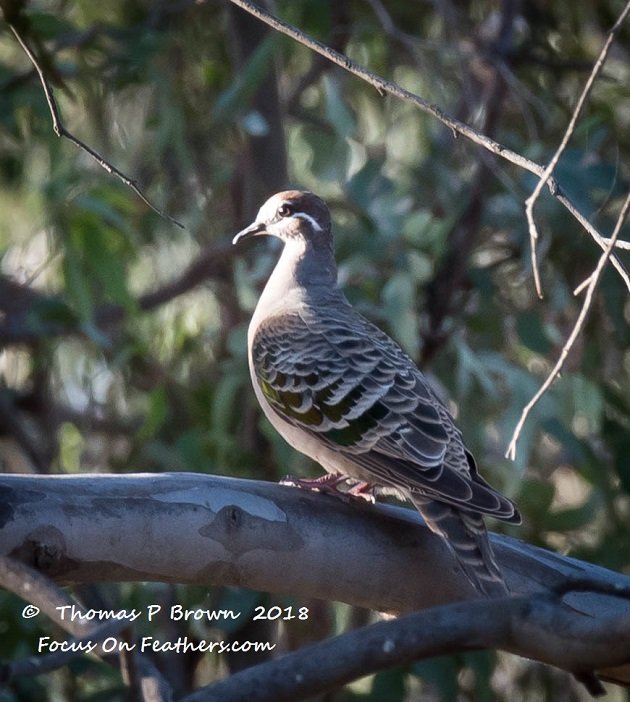 I said goodbye to Giles, with the knowledge, that we will meet again, and I can only hope to be even half as good a host as he was!

The next morning, I was up and headed towards the Melbourne Royal Botanical Garden. The weather was not quite what I had hoped for, with some pretty dense clouds, but I had one day left and had to make the most of it. This is a one huge botanical garden, and before long, I was pretty much lost. I found a map, finally and once I was a little bit better orientated, could do a decent search of the area. My morning turned up 35 species, and while only 11 of these are new to the list, is was a very enjoyable morning, and I highly recommend that stop for anybody going thru the area. A few of the new birds that were added to the list include the Eastern Spinebill, Rainbow Lorikeet, Musk Lorikeet, Yellow-throated Minor, Bell Minor, Nankeen Night Heron, Gray Butcherbird, Brown Gerygone, Little Wattlebird and the Dollarbird.

As it turns out, the Crested Pigeon is extremely common, but after a lifetime of Morning Doves, they a just fun to see. 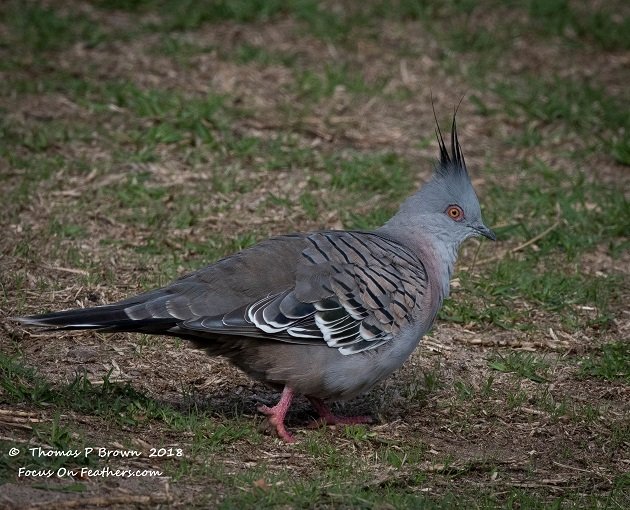 This bug eater is the Gray Butcherbird. 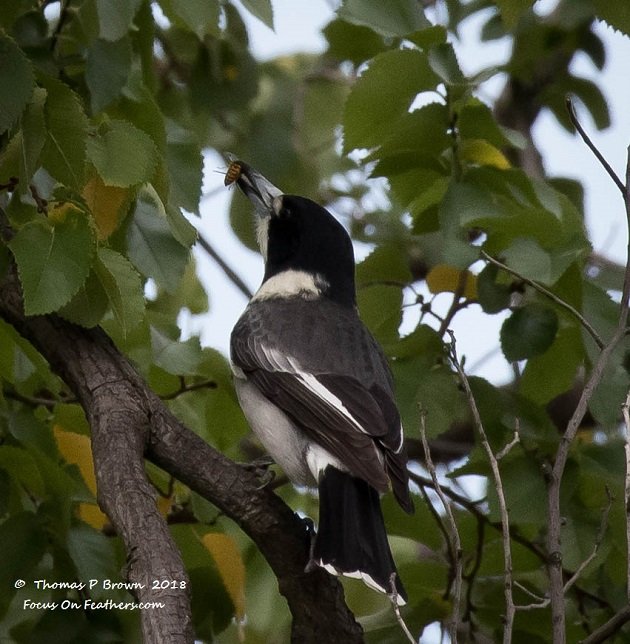 I can’t begin to tell you how happy I was to get this Eastern Spinebill photo. They just never seem to show themselves . 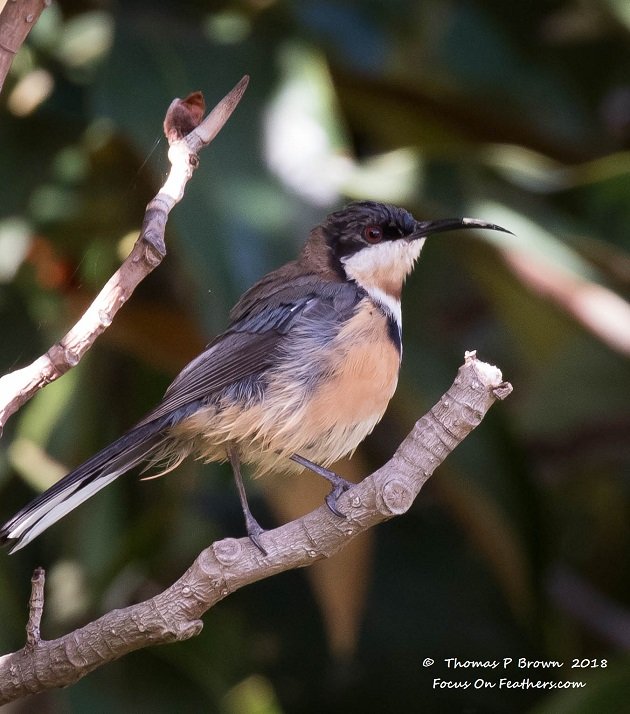 This is the Red Wattlebird, with its wattles showing. 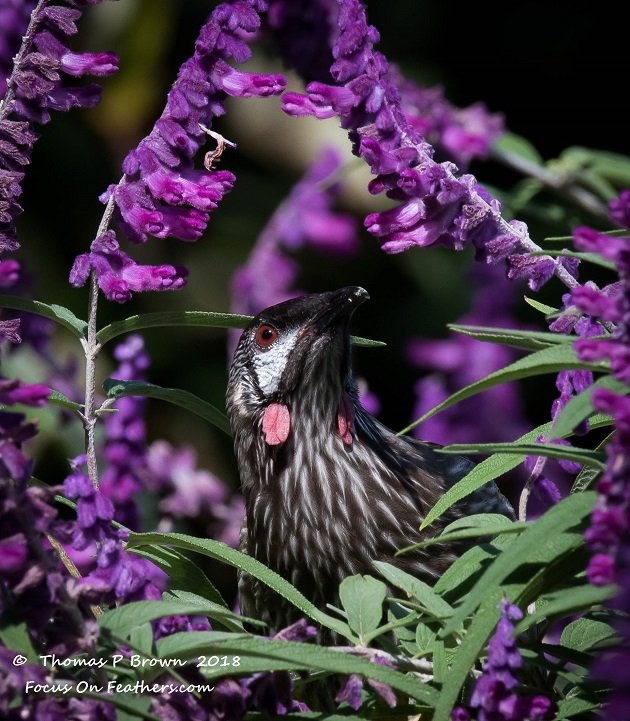 And this is the Little Wattlebird, but this species does not have wattles. 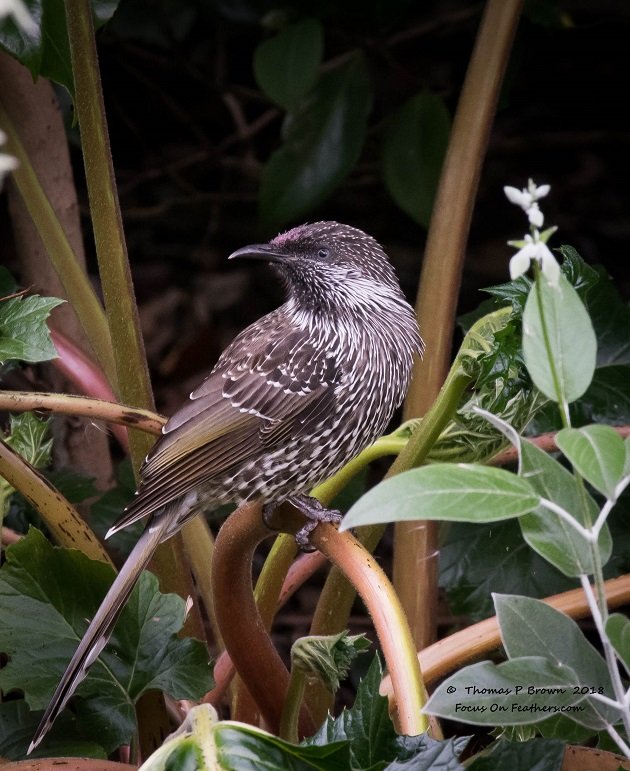 We now say goodbye to Melbourne, and are on our way to the very center of Australia, to Alice Springs, where we are renting another RV and driving to Yularu, and the famous Ayres Rock!

As of May 1st, the Little Big Year numbers are as follows:

« Previous post
Where Are You Birding This First Weekend of May 2018?
Next post »
Rufous Hummingbird Male in Northern California