“Islands are where species go to die.”

David Quammen, Song of the Dodo

You’re probably wondering about my math at the moment. Or perhaps my taxonomy. Is Duncan as split-happy as a Victorian scientist describing over a 90 subspecies of Brown ear in North America? Not quite, although the numbers do ride the crest of splitting that seems to be more fashionable than lumping these days. But my point is not about taxonomy but extinction. And the largest recent extinction event you’ve probably never heard of.

The Holocene Extinction Event, the one we’re living in right now, is by custom divided into two parts, the prehistoric extinctions and the modern age, which begins somewhere around 1500 AD, coinciding with the beginning of the European Age of Discovery. The distinction is somewhat arbitrary, but generally speaking if something went extinct before records were made of it, it is considered prehistoric, if it was recorded alive then it is treated as modern.  The prehistoric extinctions most famously include the megafaunal assemblages of Europe, the Americas, Australia and Madagascar. It’s when we lost the mammoths, the sabre-tooth cats, the giant ground sloths, the elephant birds, the marsupial lions, and other iconic giants. Some of these giants were lost surprisingly recently – the last mammoths around 1700 BC. And some of the extinctions were of small animals, like the many dwarf goats and elephants in the Mediterranean. But for the most part these extinctions are thought of and referred to as megafaunal and prehistoric.

The extinctions of the modern age are also fairly well known. These include iconic species like the Dodo, Passenger Pigeon, Labrador Duck, Great Auk, Quagga, and Thylacine. Of the birds, the current estimate of extinctions since 1500 is 190 (according to Wikipedia).

While the iconic species like Passenger Pigeons and Carolina Parakeets were continental species, the pattern of extinctions is not generally a continental story. As teenager I was fascinated by David Day’s Doomsday Book of Animals, and can recall vividly the map at the front of the book which had the locations of the extinctions. A number of areas stood out as real hotspots. Hawaii. The islands of the Caribbean. Mauritius. Australia. New Zealand. Islands, basically. But there were some curious inconsistencies in the pattern. Fiji and New Caledonia, both no less isolated groups than New Zealand, had a single extinct species each. Why did they escape so lightly when other places, like Hawaii, were decimated?

The answer is, of course, that they were not. Once scientists began looking at the fossil records of Fiji and New Caledonia, they began to find evidence of the creatures that were lost when humans arrived in the archipelagos all those thousands of years ago. On New Caledonia, a larger relative of the surviving Kagu, a megapode (or moundbuilder), a barn owl, two goshawks, a cockatoo, a hornbill, a large swamphen. The island even had a moa-analogue, a massive four-foot tall browsing galliforme known as Sylviornis. A large terrestrial horned turtle was also part of the endemic fauna.  Both Fiji and New Caledonia were, along with Vanuatu, the last home of an ancient subfamily of terrestrial crocodiles known as the mekosuchines.  Fiji also had a large species of frog, three megapodes where today there are none, a species of snipe of a genus now restricted to New Zealand, and a large flightless pigeon.

In fact, everywhere that people dug they found evidence of species that no European had recorded or reported. Hawaii had massive terrestrial ducks now known as moa-nalo that filled the browsing niche, and three species of ibis, and four stilt-owls (can you imagine adding something called a stilt-owl to your life list?).  Cuba had a flightless crane and a giant owl. The Bahamas had the impressive sounding titan-hawks. The Canary Islands lost the Long-legged Bunting, which had the distinction of being, along with some of the New Zealand wrens, the only flightless songbird. St Helena in the Atlantic had a flightless hoopoe. Tiny Easter Island, one of the most isolated spots in the world, lost a crake, another rail, a heron and a parrot. We don’t even know what crake, rail, heron and parrot yet. All the fossils found so far are simply too fragmentary to ascribe even a genus in some cases. Whatever they were has probably been lost to time.

These are, of course, the places we can look. For the most part they are islands with enough of a cave system to allow the some of the bones to be preserved. Some islands don’t, so we’ll never know what was there. In many of the Mariana Islands the conversion of caves into Second World War fortifications by the Japanese Army destroyed most traces of the prehistoric life of these islands. But one scientist who has been working on these extinctions more than any other is trying to make an estimate. David Steadman, of the Florida Museum of Natural History has spent many years working on the lost birds of the Pacific. On one small Tongan island known as ‘Eua he found that 23 species of landbird and 10 species of sea bird were lost. The land birds lost from ‘Eua included a heron, a Accipiter hawk, three megapodes, two rails, five pigeons, three parrots, a thrush, a cettid warbler, a white-eye, a triller, two monarch-flycatchers, and a honeyeater. Of the prehuman fauna the survivors are two pigeons, a heron, a swift, a duck, a kingfisher, a swallow, a starling, a triller and a honeyeater. A Wattled Honeyeater (Foulehaio carunculata) in ‘Eua National Park. Of ‘Eua’s original ten species of songbird it is one of three survivors. Photo by author.

By calculating the number of species found on studied islands of various sizes and extrapolating those losses onto the islands that have not yet been studied or cannot be studied, he has conservatively and crudely (in his own words) estimated that between 559 and 1696 species of landbird were lost from tropical Oceania (Micronesia, Melanesia and Polynesia). Throw in seabirds, as well as the avifaunas of New Zealand and Hawaii (but not the islands of the Indian or Atlantic Ocean), and the number goes up to between 820 and 1960 species. I think that needs repeating. Between 820 and 1960 species were lost, forever. It may be, as David notes, “the largest vertebrate extinction event ever detected”.

In chapter 16 of his book Extinction and Biogeography of Tropical Pacific Birds David Steadman writes, “[extinction] infiltrates every part of this book. By now you are probably getting sick of extinction. I am. I would give almost anything to experience the birdlife of even one major island in Oceania in its prehuman form. Just imagine a completely forested, rat-free Tongan island with 30+ species of landbirds and a dozen breeding species of seabirds. Time travels in one direction, however, so our burden is to document and explain the losses that have occurred.” He goes on to do so, and I highly recommend his book to anyone interested in this secret extinction. But I’ll be doing the same next week. I’ll turn specifically to New Zealand and the three stages of New Zealand’s extinction event soon, but next week I’ll be dealing with the reasons that the islands in general took such a pounding. Why it is that the world lost one sixth of its bird species, and why it is that this blog is not called, as it should be, 12,000 Birds. 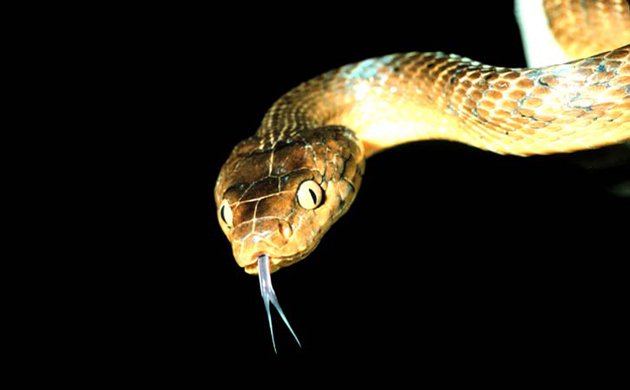