January 9, 2016 by Patrick O'Donnell No Comments 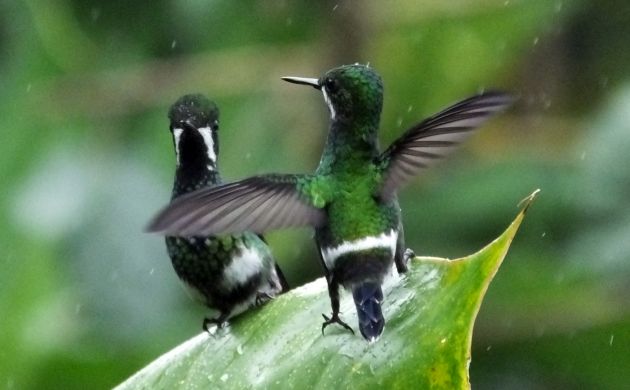 Are you headed to Costa Rica this year? I hope so because the birding and biodiversity are fantastic, and the flight time from most places in the USA is less than six hours. In other words, it’s easier to bird than most might think. Without further ado, here is some insider information for the trip:

The Colibri Cafe: Pay the high entrance fee to the Waterfall Gardens if you wish, but don’t overlook the Cafe Colibri. This small cafe is very much locally owned and operated, and was rebuilt on the same spot where a strong earthquake took it down in 2009. The owners have been faithfully feeding the birds and welcoming birders for years, and it’s only going to get better in 2016. Expect lots of hummingbird action, Emerald Toucanet, barbets, and more. To pay a visit, watch for the cafe a few kilometers south of the Peace Waterfall on the road between Sarapiqui and Varablanca. Catarata del Toro: If you still need that Black-bellied Hummingbird and are ready for more hummingbird madness, check out this place. It’s a worthwhile detour when traveling between Arenal and Sarapiqui, but don’t go on Sunday because that’s when the place is closed. They also have a couple of trails that could turn up Highland Tinamou, Black-breasted Wood-Quail, and other cloud forest species. Hotspots: Costa Rica has so much good birding packed into a small place, it would be easy to give hotspot status to the entire country. Nevertheless, some sites are better than others. In 2015, a hotspot initiative was made to highlight the best sites in the country (although the information might be a bit skewed for marketing). To see more information about hotspots in Costa Rica, I also wrote something about it.

Patience isn’t a virtue, it’s a necessity: This can be said for birding anywhere on the planet but patience reaches new levels when you are waiting for an antpitta to show. A lot of those forest birds are shy and will not tolerate impatient attitudes and behaviors. Give them some space and time and those Black-eared Wood-Quails will eventually appear. Patience paid off with this White-ruffed Manakin.

Driving times: As in a lot of time. The distances are short but those winding mountain roads are even slower when you run into speed bumps, buses making their stops, and other slow-going regular occurrences on roads in Costa Rica. Give yourself plenty of time to drive what seems to be a mere 50 kilometers on Google Earth.

National Park times: National parks are a great place to go birding but they aren’t very birder friendly when it comes to opening and closing times. Most have office hours from 8 to 4. Ask for an early entrance the day before and you might be able to get into the forest at dawn.

Dry season, schmy season: Yes, it is the dry season, and no, it is not the dry season. Well, it is around San Jose and on the Pacific slope but not on the Caribbean side of the mountains. Expect beautiful weather in some places, and rain in others but lots of birds no matter what. This Green Thorntail is enjoying the “dry season”

Raptors are uncommon: Decidedly so. So many raptors in the field guide, so where are they? Most are forest birds that compete with each and that’s why we might see four or five species one day, four others the next, and so on. Bird in high quality forest to increase the raptor tally. Short-tailed Hawk is one of the most regular species in Costa Rica.

Don’t expect everything in the field guide: Except for some islands, that goes for just about everywhere. In places with high biodiversity, a lot of species are naturally rare. This means that you can’t expect to see everything but it also means that the more time you spend in the field, the more species you eventually see. You may or may not see Red-headed Barbet.

Speaking of field guides: Don’t leave home without one or two! The modern classic is the second edition of the Birds of Costa Rica, A Field Guide by Garrigues and Dean. Even if I didn’t know the authors, I would still love this book. It’s compact, has great illustrations, and the information a birder needs. Birders who also like technology might also like something I am involved with, the Costa Rica Birds Field Guide app. Made for touch mobile devices, it shows images of more than 800 species, vocalizations for more than 600, and information and range maps for all of the species on the Costa Rica list as well as a few other tech. features.

Say “Pura Vida” a lot: It means “pure life” and locals say it for everything from “thank you” to “goodbye”, and when seeing a life bird. The home-grown phrase does indeed seem to fit.

Salsa Lizano: Try it, you will probably like it!

Hope to see you birding in Costa Rica this year! 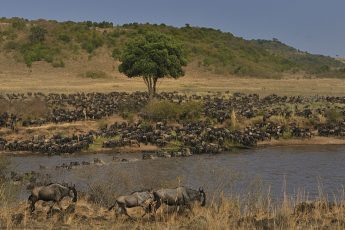