Early Friday afternoon I checked my personal email on my phone while I was at work. And was I ever dismayed to see that Eric Miller, Queens birder-extraordinaire, had managed to find another amazing rarity for my home borough, a Varied Thrush. Why did what would be a new bird for my Queens list dismay me? Well, I had to stay at work. And after work I had to pick up my son from school and by the time I had to pick him up it would be too late to fight traffic all the way to the Alley Pond Environmental Center and still have much daylight left for the search. Not only that, but the family’s plans for Saturday included going to an open house at a middle school and then heading upstate to my nephew’s birthday party. I wouldn’t have a legitimate shot at finding this bird until Sunday morning. 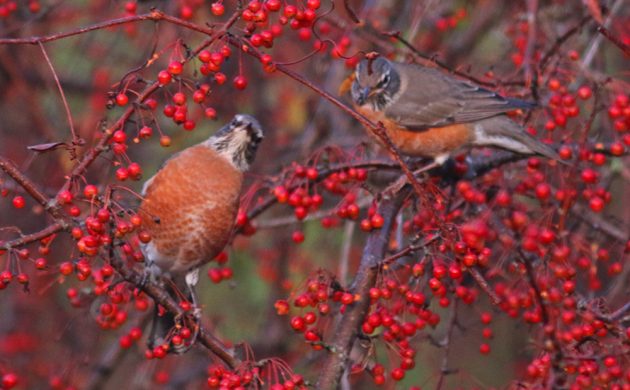 Sadly, other than Eric’s initial sighting, the bird remained unseen the rest of the day on Friday and all day Saturday. When I arrived at Alley Pond Environmental Center before dawn on Sunday I understood why. The amount of birds taking advantage of the food bonanza around the environmental center was ridiculous! American Robins, the east coast bird most like a Varied Thrush, were everywhere! They were feeding in crabapple trees, on porcelain berries, on wild grapes. They were flying overhead, walking on the ground, hiding in the bushes. They were singing, tut-tutting, emitting alarm calls. It was robin-palooza! And the amount of habitat! The area where a single Varied Thrush could be foraging was enormous! It was like trying to find a needle in a giant pile of similar needles where all of the needles were constantly moving around and occasionally stabbing you in the eye.

Well, maybe that last bit was a bit of hyperbole but after I had put my binoculars up for my five-millionth robin I felt that being stabbed in the eye would be more preferable than another robin. It was a slog through the robin hordes but I found some other birds while looking through all the robins. A late Scarlet Tanager, my first Orange-crowned Warbler of the year in Queens, a Nashville Warbler, and a whole bunch of Ruby-crowned Kinglets were all nice. 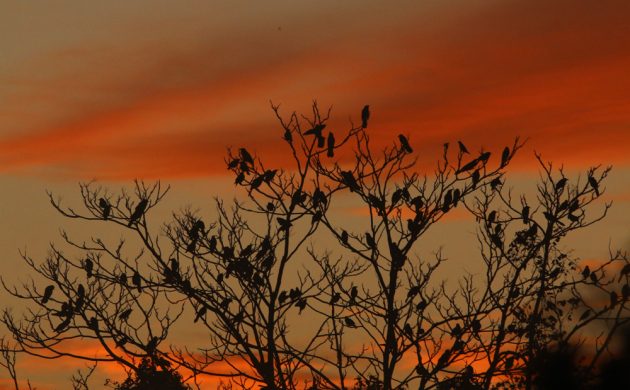 There were lots of Common Grackles and European Starlings as well.

I continued on, hoping that the thrush I so wanted to see would be like the Western Tanager a couple of years ago: hard to find but eventually cooperative. Sadly, it was not to be. I could not find the thrush. Is it still present? I would not be the least bit surprised. Alley Pond Environmental Center is a big place and there are lots of birds there, to say nothing of surrounding areas where the bird could be commuting to feed. I know I’ll be visiting several more times over the next month or so, hoping that the Varied Thrush sticks and I can find it! 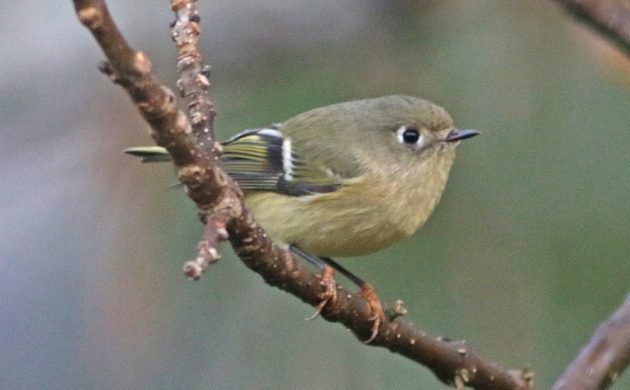 A Ruby-crowned Kinglet is nice but it is not a Varied Thrush.