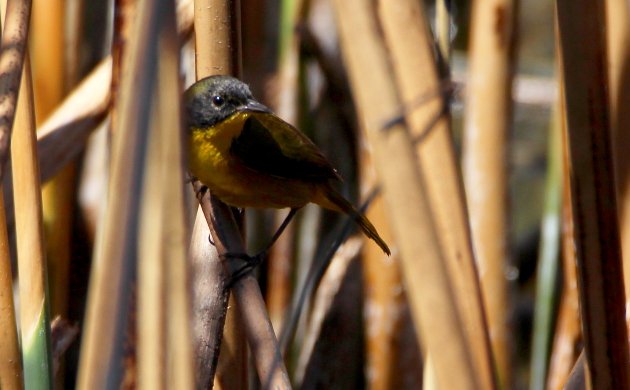 I have previously written about the central Mexican highlands’ very own microendemic species, the Black-polled Yellowthroat. This bird is only found around three lakes (Lago de Pátzcuaro and Lago de Cuitzeo in the state of Michoacán, and Lago de Yuriria just across the border in Guanajuato state), and in the marshy area southeast of Toluca, the capital of the state of Mexico. (The name “Mexico” can refer to the city, a state, or the entire country. Oddly enough, Mexico City is not in Mexico state, but it is the capital of the nation of Mexico.)

I can very reliably see the Black-polled Yellowthroat by driving an hour and a half west from my home in the city of Morelia, to the southern shore of Lake Pátzcuaro. It also seems to be a reliable species in the above-mentioned Lerma Marshes, southeast of Toluca. I have to drive three hours east to reach those wetlands. There has only been one reliable sighting of the species in Lake Yuriria, so I count that option out. None of the other eBird reports of this Yellowthroat, from farther sites such as León and San Miguel Allende and the Mexico City area, include photos or multiple sightings as confirmation, and I do not consider them reliable. In contrast, you can find dozens of reports for this bird from Pátzcuaro, Cuitzeo, and Lerma. And boy, are some of those photos good!

The problem with finding the Black-polled Yellowthroat along Lake Cuitzeo is that it never seems to turn up at the same spot twice. This lake, half an hour north of my home, is the second largest freshwater lake in Mexico, but it is very shallow overall. In dry years, up to half the lake may dry up between rainy seasons. The sedge beds on which this Yellowthroat mostly depends exist in a constant state of flux, both because of varying water levels and harvesting or removal by local residents.

It had, in fact, been two full years since I had last seen a Black-polled Yellowthroat at Lake Cuitzeo, when one turned up this 17th of February — in spite of my having visited the lake 20 times during those two years. And I was even happier to achieve some of my best photos of the species, as far as Lake Cuitzeo is concerned. 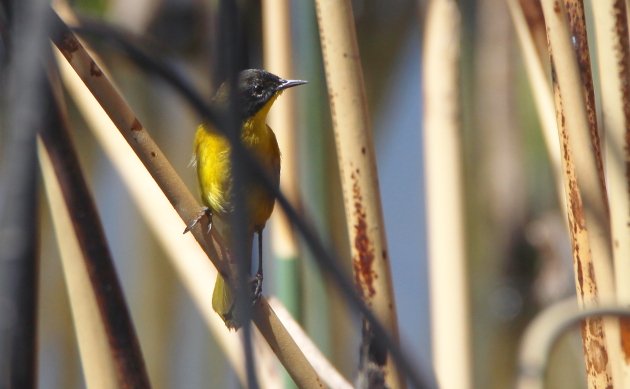 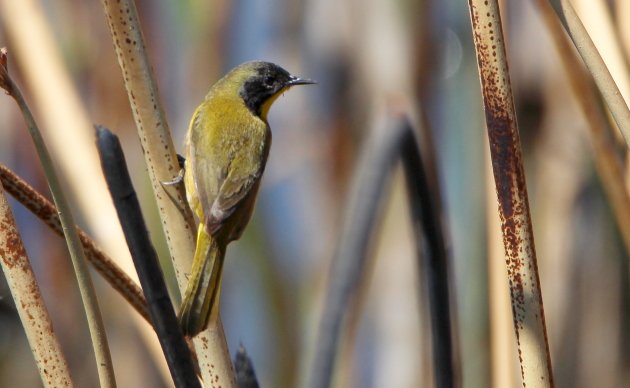 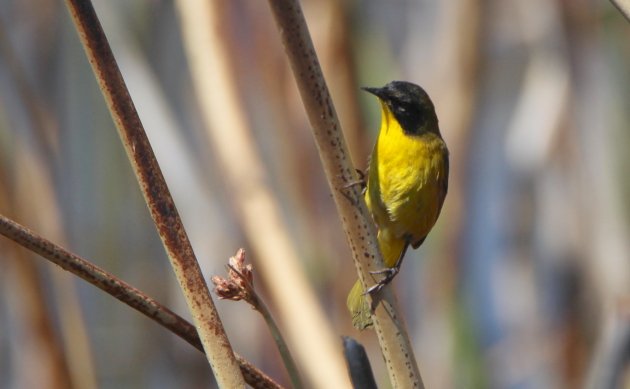 As you look at these photos, you can see the most notable feature of the male Black-polled Yellowthroat. The”poll” in its name turns out to be the top of its head — I had to look the word up! And unlike the Common Yellowthroat’s white eyebrow and olive crown, the black color of the Black-polled’s mask feathers back onto the crown, or poll, of its head. 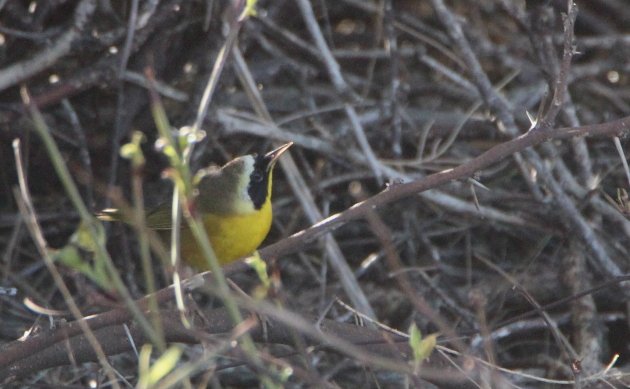 This Common Yellowthroat, seen the same day, clearly shows the difference in its head pattern.

The male Black-polled also has darker coloration overall, as well as darker, almost black, feet. Unfortunately, this somewhat darker coloration and the dark legs are all we have to distinguish the female of this species.

Of course, there were plenty of other birds along with the Yellowthroats at the lake that day. 60 other species, to be exact. I enjoyed the photo that this Belted Kingfisher allowed me along the other road crossing the lake. 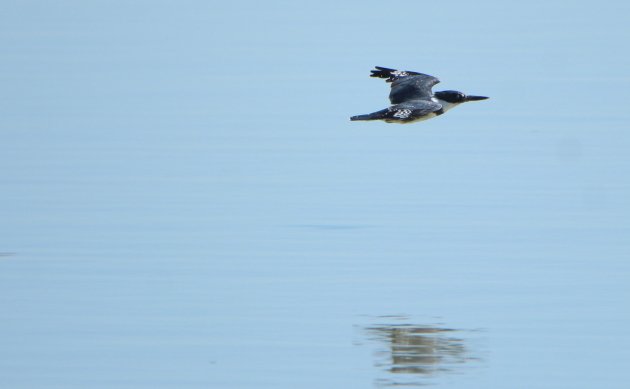 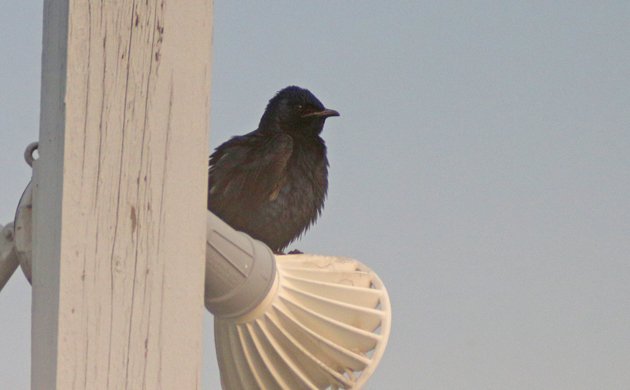