During my formative birding years, growing up in the high altitude desert of Eastern Oregon, flycatchers were just a really cool sounding bird, found only in whatever field guide I was able to check out of the local Public Library. After college, and now living in the densely forested areas of the Pacific Northwest, a whole new world of these lovely birds opened up for me. I soon discovered Pacific-slope, Willow, and Hammonds Flycatchers, and my fascination for them has never waned. Now that I am living here on the Southern Mexican Baja, a new group of flycatchers have taken center stage. I do still get to see an occasional Pacific-slope Flycatcher every now and then. The Gray Flycatcher and the Cassin’s Kingbirds are not uncommon, but I get to see lots of Ash-throated Flycatchers! 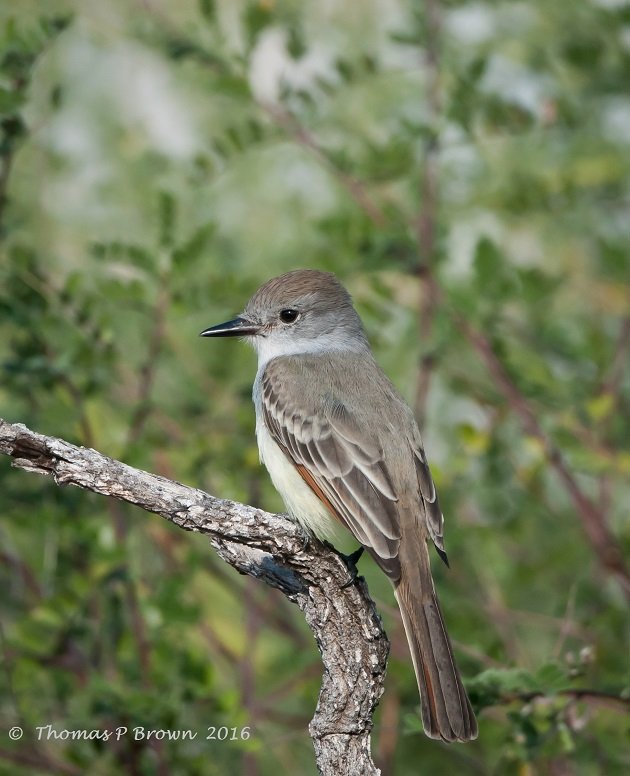 Generally about 7-8 inches, with a gray breast, and very pale yellow belly, these curious birds will bounce from branch to branch looking for insects. Unlike most flycatchers who will return over and over to a single perch, Ash-throated Flycatchers rarely do so. They will drop the ground, or grab insects as they roam amongst the branches, very infrequently going after a flying meal. With that said, I have observed that the Ash-throated Flycatchers that live near the fresh water reservoir, tend to grab a few more flying insects than they do out on the dry desert and arroyos areas.

Nesting in tree cavities, and abandoned woodpecker holes in the Cardon Cactus, these birds have adapted quite nicely to the arid Mexican Desert. 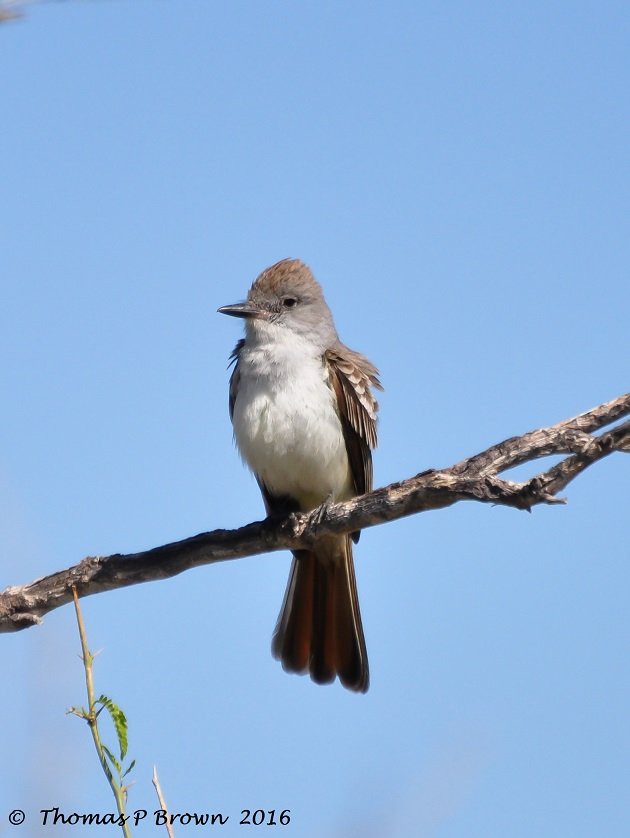 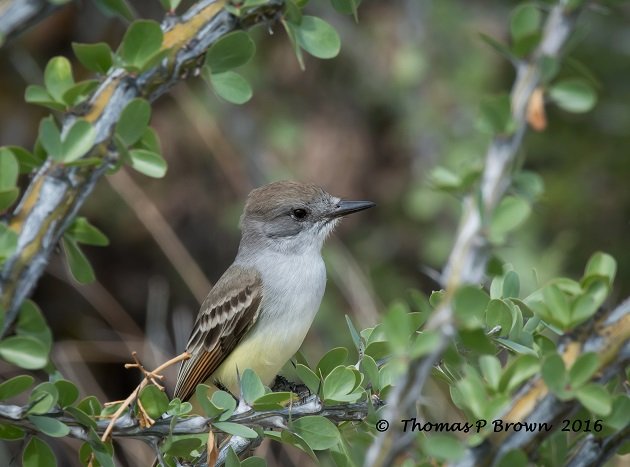 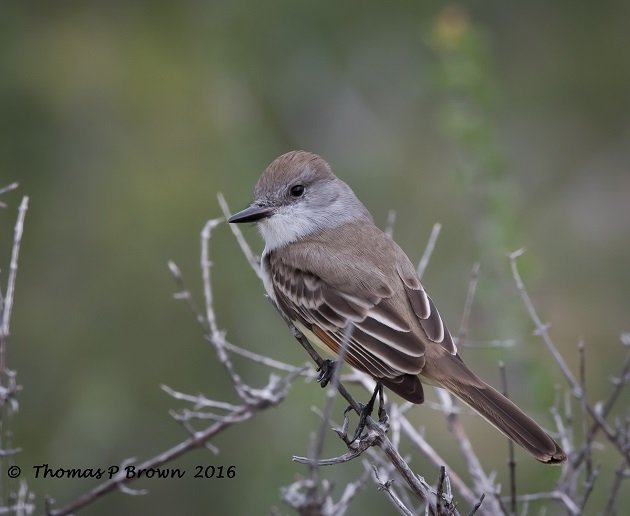 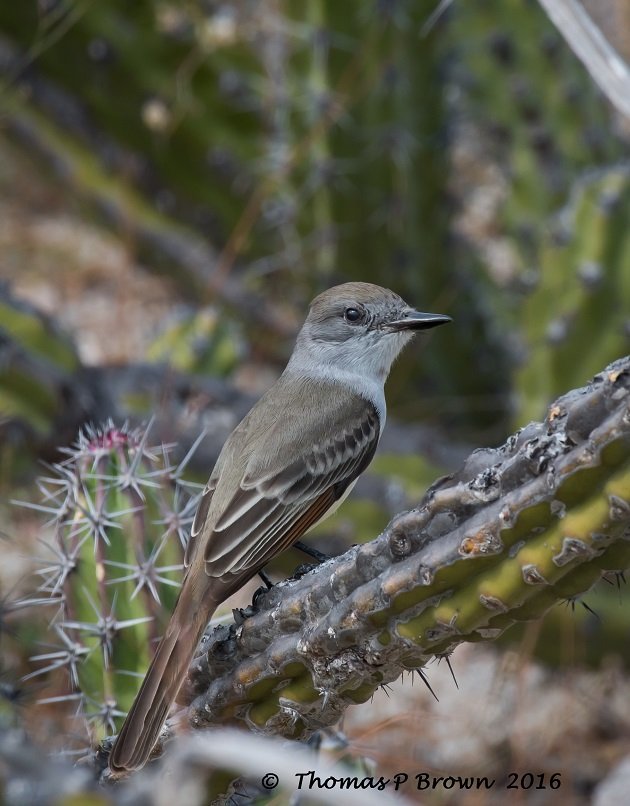 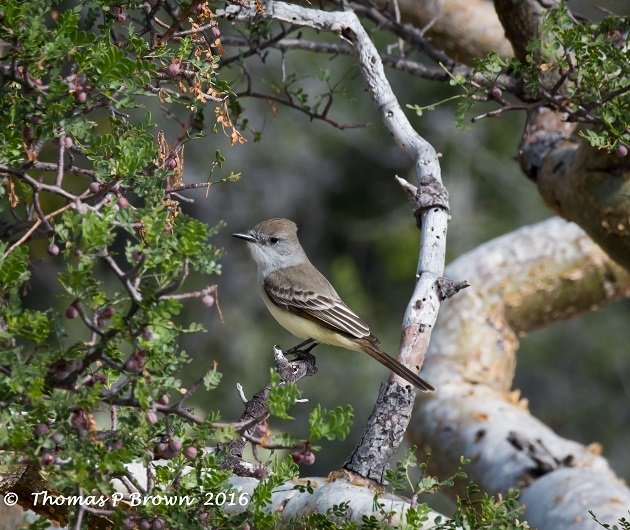