Pectoral Sandpipers Lookin’ for Love in All the Right Places 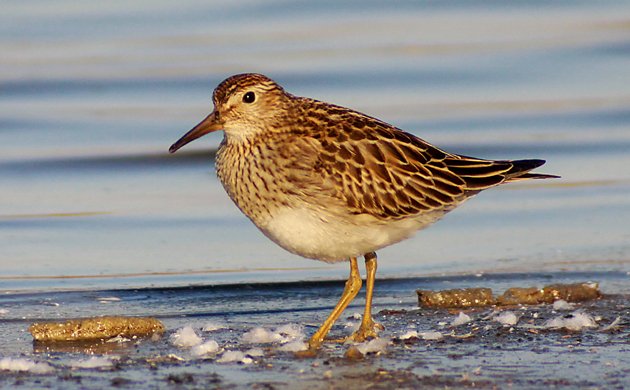 ”Well, I’m the type of guy who will never settle down
Where pretty girls are, well you know that I’m around”
—Dion, “The Wanderer”

When it comes to being a Romeo on the run, few birds can match the Pectoral Sandpiper. (Like the ladies’ man above which Corey photographed a few years ago at Jamaica Bay in NYC.)

According to research newly published in Nature, when these shorebirds arrive at their Arctic mating grounds, they don’t just shack up with the nearest honey, or waste time competing with the other dudes for the attentions of the loveliest potential mates.

Instead, they make a wide circuit of many different breeding sites, apparently geared more towards brief hookups with whichever females are in the area. And if there aren’t many opportunities to mate, they’ll take to the skies and try their luck elsewhere. Some male Pectoral Sandpipers in the study logged upwards of 13,000 kilometers in a month, visiting up to 24 different breeding sites. (In some cases the males strayed from their Alaska home base for a bit of far-flung sex tourism in Canada and Russia.)

The scientists speculate that this combination of promiscuity and stamina may actually do the species good, spreading genetic diversity throughout the total population. But if you asked the birds, they’d probably just say they do it all for the nookie.