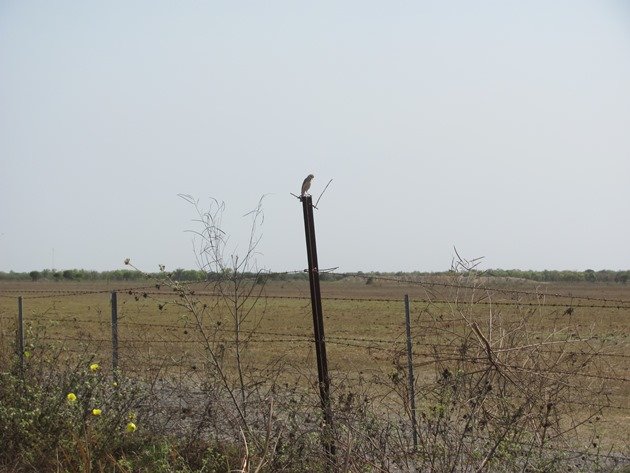 Australasian Pipits–Anthus novaeseelandiae motacillidae are a very well camouflaged bird that like open grass areas and also can be found on Broome’s Sports Ovals at certain times of year. Although they are a widespread species they could easily be missed due to their dull colouring and the presence of many other more colourful birds. Close to town we can easily encounter them near the Rodeo Ground year round, because there is plenty of open grass and the advantage there is an old fence line where they will perch to see you drive by. Generally you are much more likely to see them on the ground running and bobbing their tails similar to the Eastern Yellow Wagtail, which is not in Broome year round. I have been lucky enough to be able to photograph an Australasian Pipit from the car and on a fence post, so its features are a lot clearer even though it was a rather dull day! It was not far from the Golden-headed Cisticola, which is always a curious bird and keen to see what is going on around. 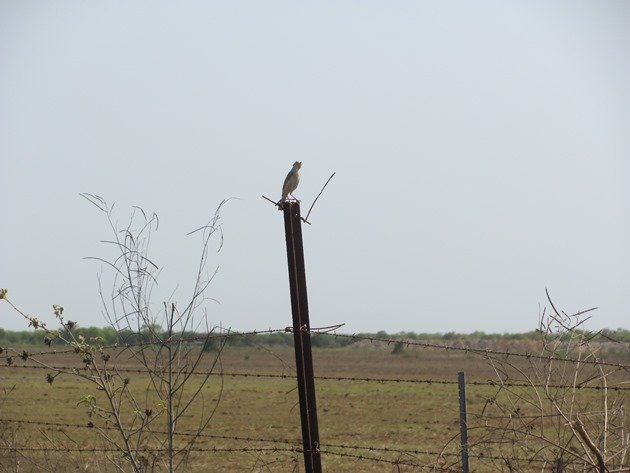 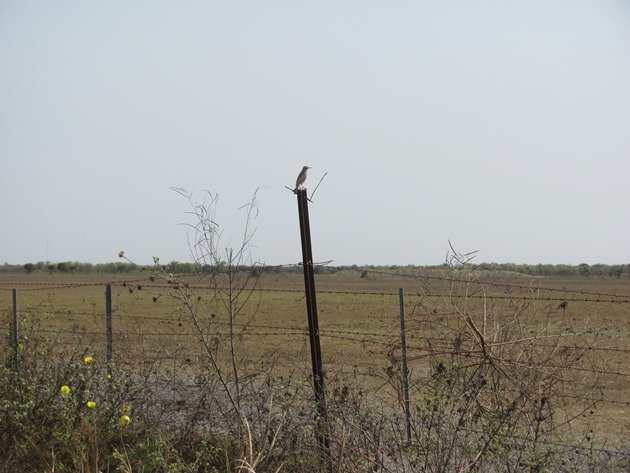 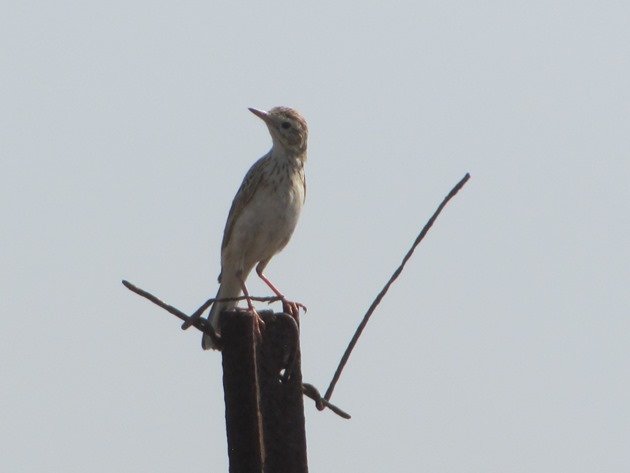 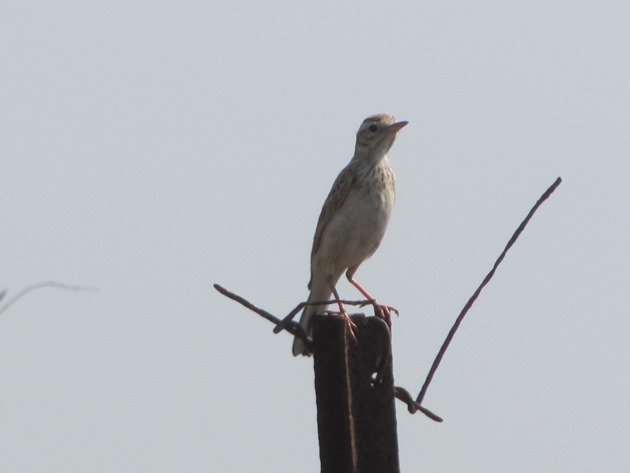 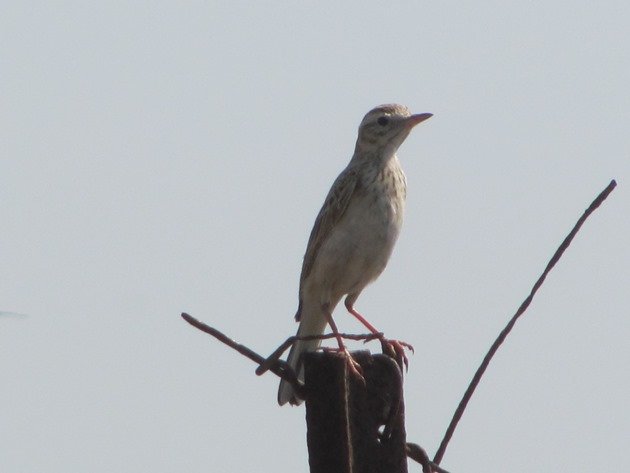 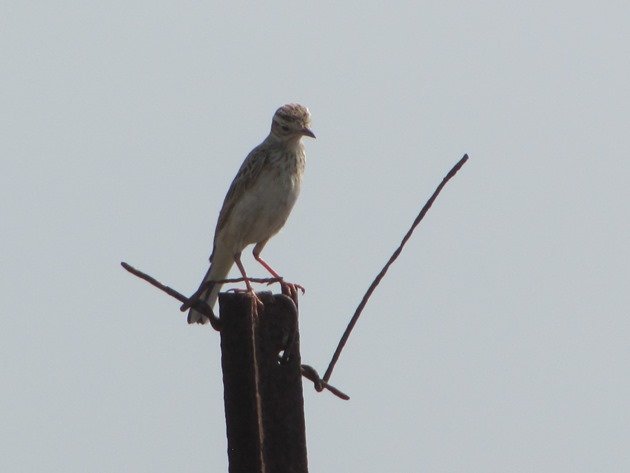 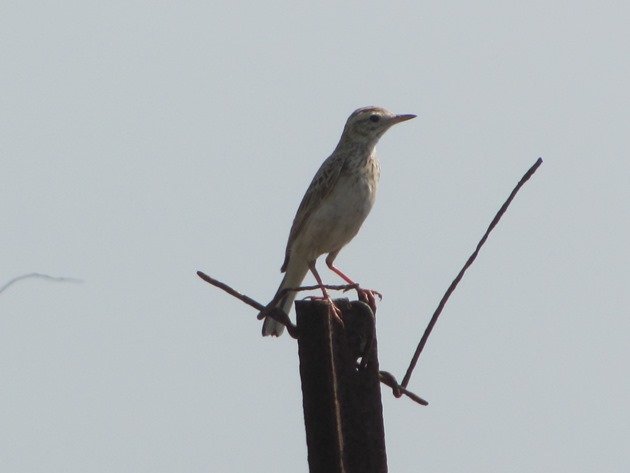 As you can see the Australasian Pipit has very pink legs and a fine bill, while a Horsefield’s Bushlark has a much thicker bill and can often be found in similar habitat. Both species will hang on fences and fly erratically, so it pays to be careful with identification. Although they may be mistaken for introduced Eurasian Skylarks in some parts of Australia there are none present around Broome. The Australasian Pipits are now identified as a separate species to the widespread Richard’s Pipit. 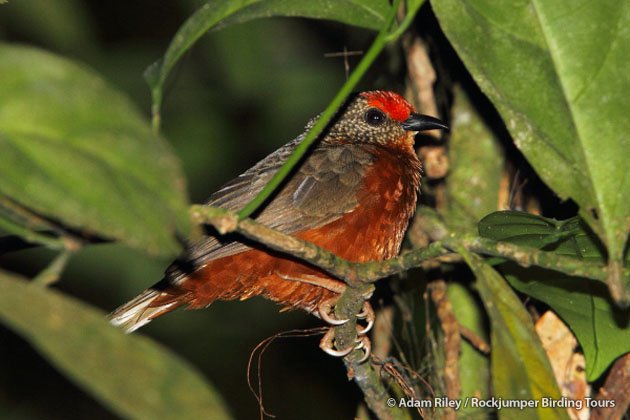 Ghana – Rainforest Birding on the Brink by Adam Riley