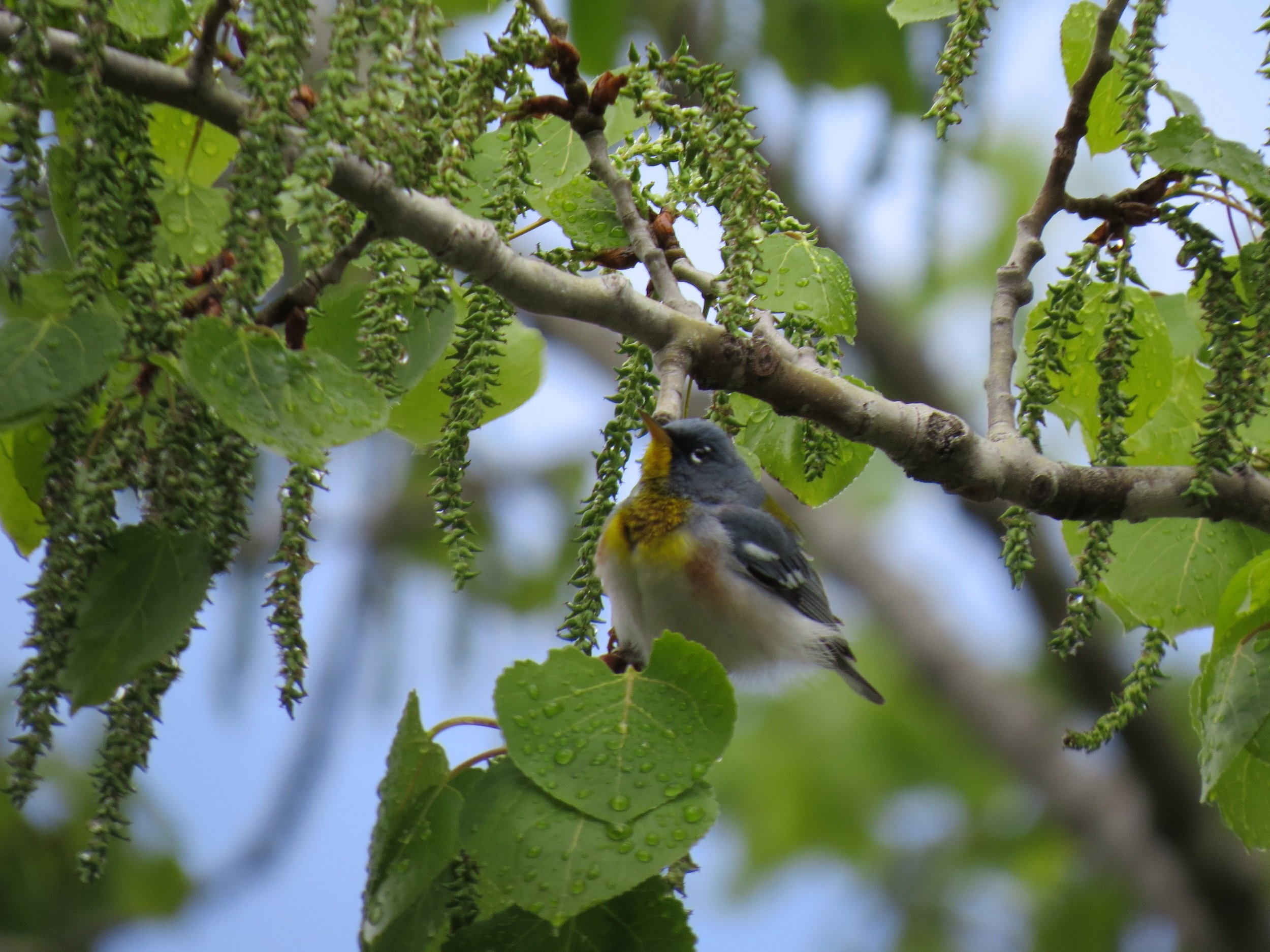 June is an interesting time to bird in northwestern Maine. Sure, the birds are out there, but to see them you have to face…the dreaded…black flies.

I had two weeks to spend in Maine, a week near the ocean and a week in the Rangeley Lakes Region, only a dozen or so miles from the Canadian border. I hoped to see warblers, warblers, warblers, plus classic northeastern species I had had no opportunity to look for while living in North Carolina. We arrived at Kennebago Lake – where we would stay for a week – at night, so I had to wait until the next morning to get out birding.

Every year I forget how bad the black flies were the year before. I went out in jeans and a t-shirt, forsaking bug spray altogether.

Big mistake. At first my brisk walking pace kept them at bay, but when I stopped to look at the Tree Swallows and Barn Swallows along the telephone wire they found me. Swarming around my neck, ears, and hair, they forced me to abandon birding altogether as I swatted them away as best I could. I had barely made it half a mile before high-tailing it back to the house. The next time I went out with my mother to “The Boy Scout Road,” I prepared myself. I was still wearing jeans, but had replaced my t-shirt with a long sleeve shirt, over which I donned a mesh bug jacket that could close all the way over my head if I needed. I looked a lot like an escaped beekeeper, but I didn’t care. We were also birding in the middle of the day, which may not be so good for spying our feathery friends but was good for holding down the hordes of insects.

The Boy Scot Road is a dirt track that did once lead to a Boy Scout camp. On one side of the road runs the Kennebago River, bordered by a deep and cool spruce forest; the other side includes ponds and more forest. It is a known birding hotspot, hosting sub-boreal species as well as rare birds, like the Black-backed Woodpecker.

Though I had no luck with the woodpecker, I was very excited about the list of birds we tallied, especially because it was in the middle of the day.

The first bird on the list was the stunning Northern Parula, hands down one of the most beautiful of the warblers. We managed to catch a glimpse of the parula as it flitted from a birch to a pine tree, marveling at its blue back and flaming orange and yellow throat. Throughout our walk we heard their distinctive buzzy calls. A small road, almost like a driveway, curved off the main drag, leading to a gravel clearing. As soon as we turned the corner we spied the silhouette of a grouse, running away from us along the ground and making a bee-line for the safety of the woods. Could it be a Spruce Grouse, one of the boreal species I sought after that day?

I managed to snap a few photos, but when I zoomed in I saw that it was in fact, a Ruffed Grouse. This species of grouse is still found in the northern half of North America, but they are not exactly a boreal species. Still, it was my first Ruffed Grouse of the year. We remained in the clearing for a few minutes, waiting to see if the grouse would return. It did not, but instead a Broad-winged Hawk landed on a tall pine right in front of us, quickly taking flight again and soaring away. Score!

After the clearing we headed into the spruce forest and took a path along the river. We paused in a particularly dense spot to listen to Black-capped Chickadees, when suddenly one call was different, more nasal-y: a Boreal Chickadee.

My mother has an app on her phone that allows her to play specific bird songs. The moment she began to play the Boreal Chickadee calls the real thing flew down to us, revealing its chocolate brown head. As its name implies, we were gazing at a true boreal species!

During the rest of our walk we heard Ovenbirds, a Blackburnian Warbler, and picked out the songs of a White-throated Sparrow and a bunch more Northern Parulas. I was now sweating underneath my layers, and I had a few more bug bites, but I was ebullient. Despite the black flies, there’s nothing like birding in the Maine woods!