I was out on the beach yesterday (Sunday, 11 March) morning, hoping to see some interesting ducks or alcids or, really, anything interesting. I didn’t see any alcids and I didn’t see any terribly interesting ducks but I did find some Snowy Owls. The recent storms have really eroded the beach so when you are walking down by the water it’s not possible to see what is on the higher side of the beach in front of the dunes. So I was amazed when I did walk up from the water and found not one but two Snowy Owls sitting in front of me, about thirty meters apart, in perfect sunlight. The photo above is the kind of shot I was getting and I was about to pack it in and head back to the car because there are only so many shots of an owl sitting there that I am willing to take when the owl took off and headed up the beach at the other owl…now this was some drama!

At first I tried to keep my digiscoping rig on the owl in flight but then I realized that I should focus on the owl it was heading for. 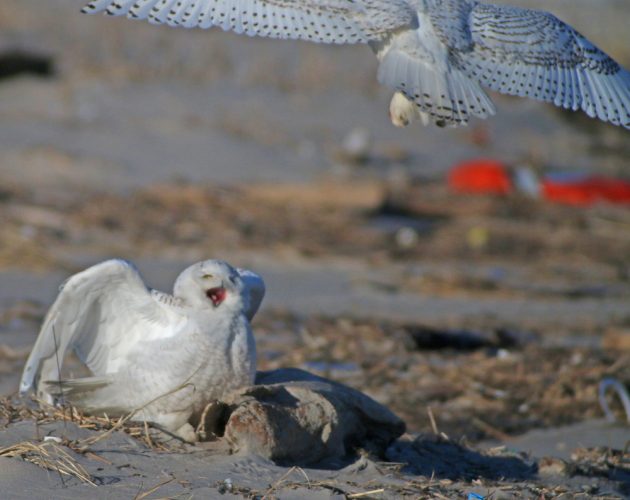 I almost had the second owl in focus when the strafing run commenced. 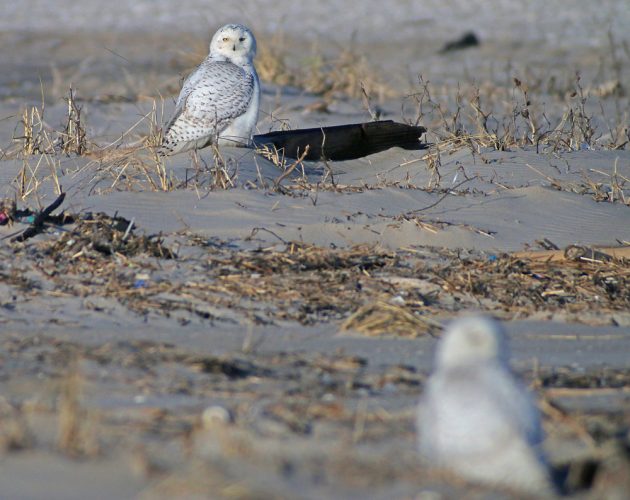 The owl on the beach held its ground and the attacking owl continued down the beach where it landed and initiated a staring contest. 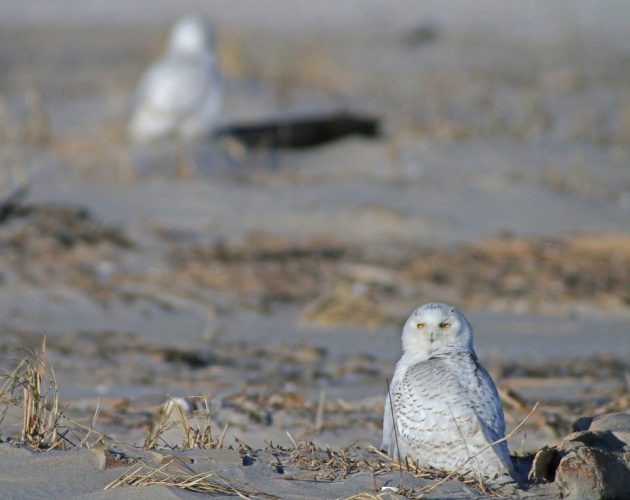 Then the closer owl turned, looked at me to make sure I was ready, and headed up the beach in a revenge attack. 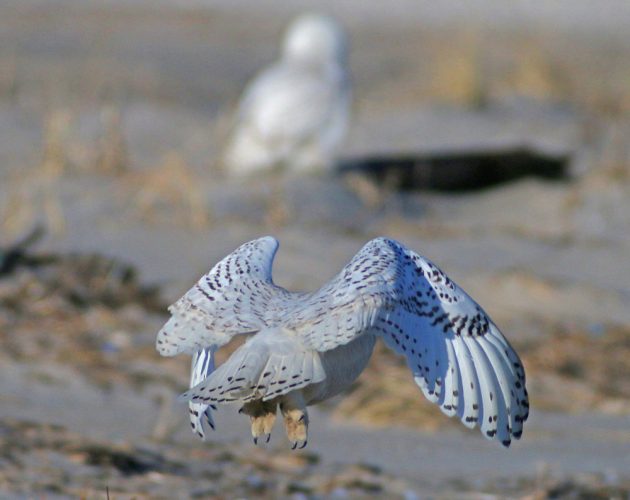 Look at those feet! I’m glad that this bird isn’t flying at me! 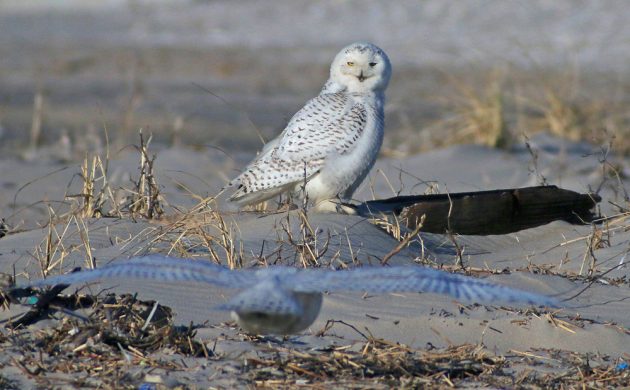 The intensity of the eye contact all the way down the beach was amazing. 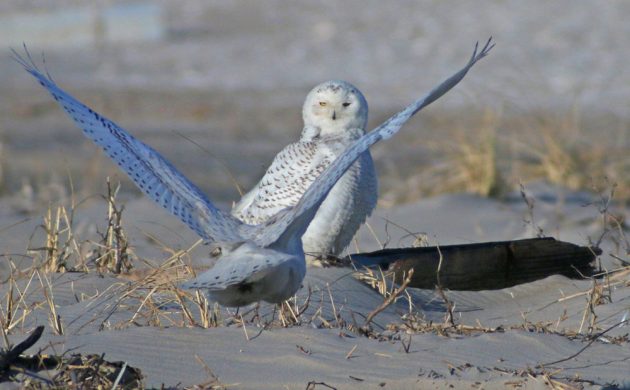 They never stopped staring directly at each other until the point of attack. 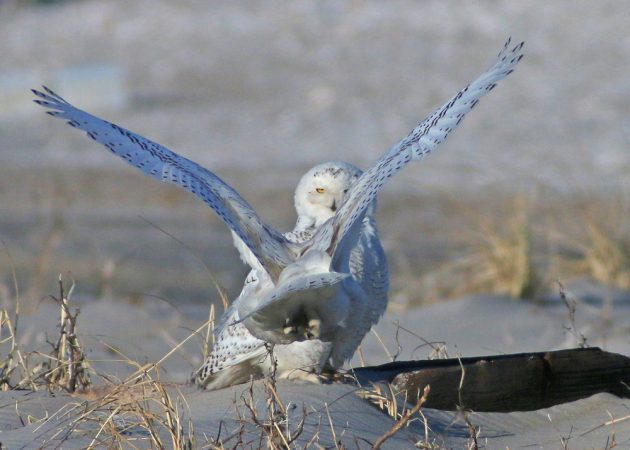 The owl on the beach was totally bluffing. 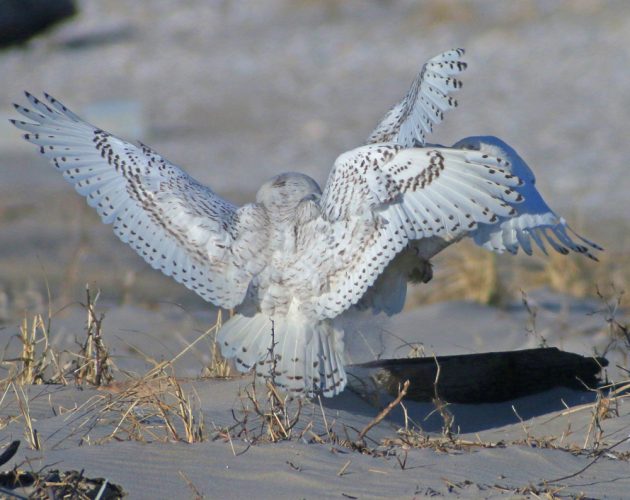 At the very last second the sitting owl took off. 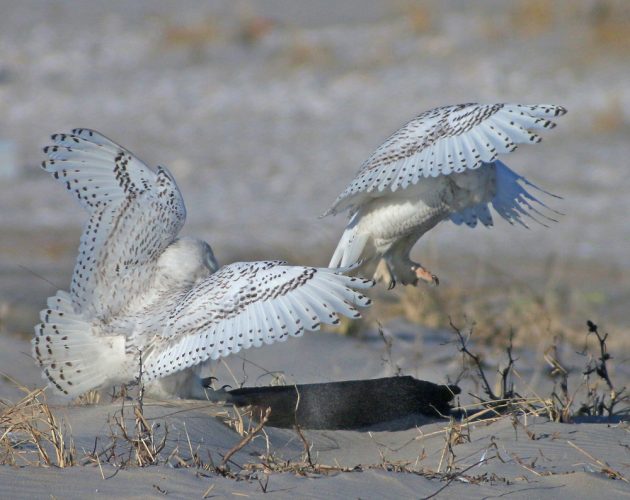 And the other owl took the spot. 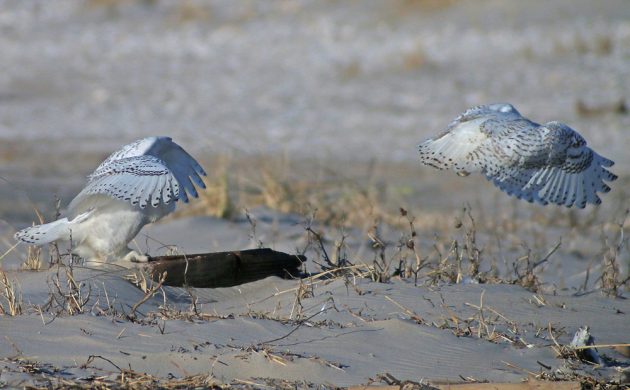 Originally the aggressor but now the victim, the vanquished owl flew way up the beach… 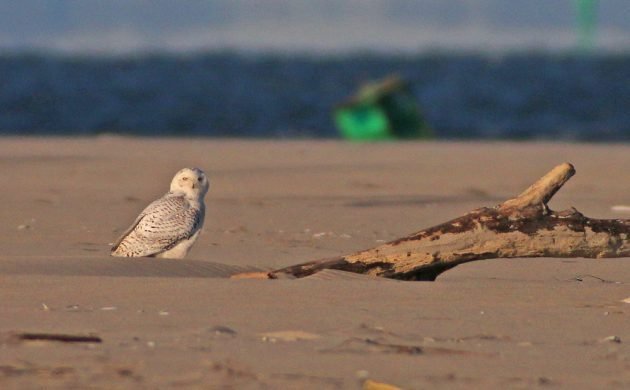 …where it thought it had found refuge. 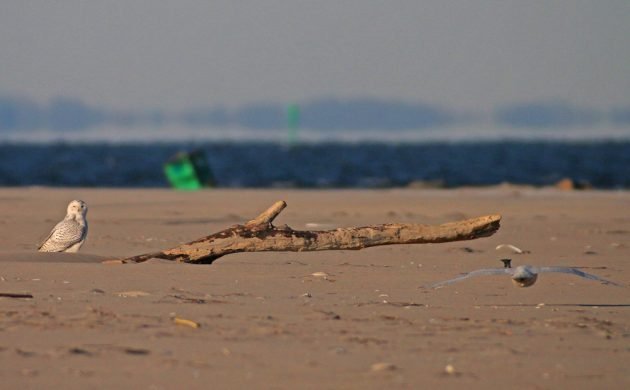 But the attack commenced again. Watching the owl glide up the beach was awesome. It only flapped a couple of times. 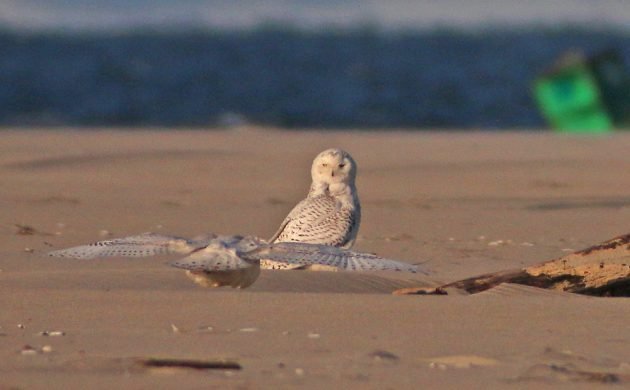 It worked its way left, maybe to prevent the other owl from having an easy angle to use its talons? 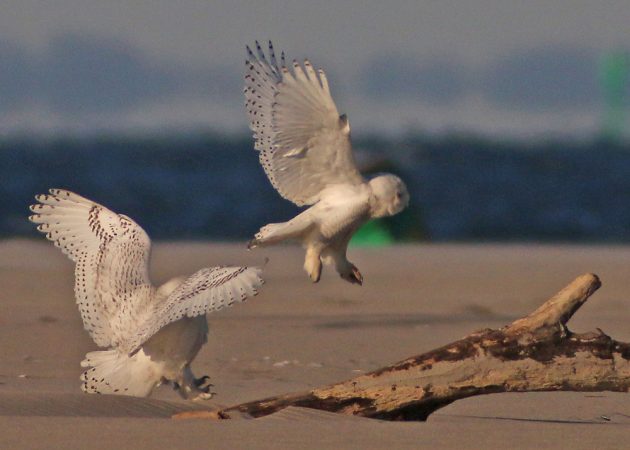 Once again, the one on the beach was vanquished… 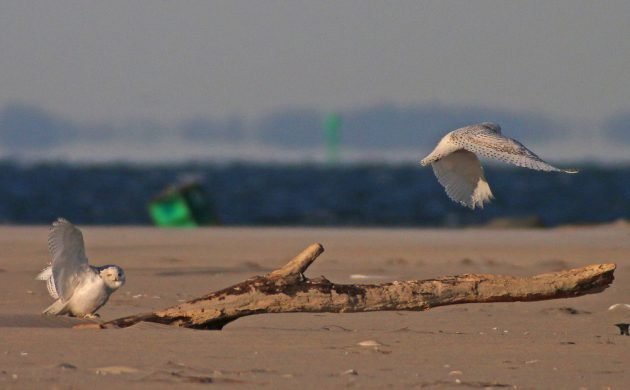 …and was forced to fly to a new perch.

After all the owl excitement I continued down the beach away from them, checking the Sanderlings to see if any other shorebirds were with them (there wasn’t) and then I started to head off the beach. But before I could leave I noticed a third owl! 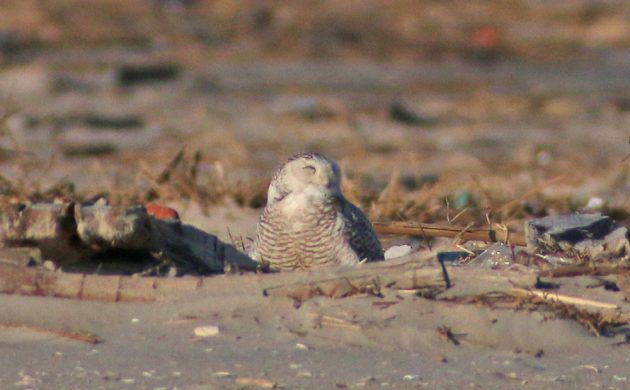 And, wait, what? The other two owls, having continued their battle, ended up perfectly in the background. Three owl in one shot?

It was a pretty great time out on the beach, seeing Snowy Owls do something other than just sit there. And, just so folks know, you should maintain your distance from Snowy Owls you encounter on the beach: I got lucky that I stumbled upon a few that were closer than I would normally approach but I quickly backed off and used my digiscoping rig to get the images you see in this post. Closely approaching Snowy Owls on the beach is really not acceptable and is illegal if you cross the line into harassment. Enjoy the birds and give them space!