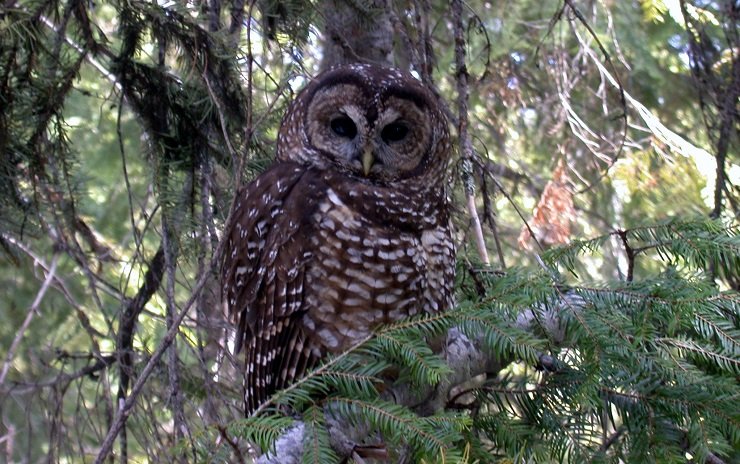 The Northern Spotted Owl is a “threatened” species under the U.S. Endangered Species Act and it was famously the subject of extensive and protracted litigation in the late 1980s and early 1990s, mostly relating to forestry management plans in the Pacific Northwest.

Although most of the threats to the Spotted Owl relate to its dwindling old growth forest habitat, it also faces potential threats from another bird. The Barred Owl has greatly expanded its range, such that it is now common in the Pacific Northwest. The Barred Owl is larger and more adaptable and it appears to out-compete Spotted Owl for food and other resources, likely causing declines in Spotted Owl populations. Indeed, due to dramatic increase, Barred Owls can outnumber Spotted Owls in their shared habitats.

For species listed under the Endangered Species Act, the U.S. Fish and Wildlife Service (FWS) generally creates a formal plan to guide recovery efforts. The most recent plan for the Spotted Owl called for experimental “removal” of Barred Owls from Spotted Owl habitat. The removal program was designed to determine whether Barred Owls were a threat to Spotted Owls, the magnitude of any such threat, and the effectiveness of removal. The plan was the subject of public comments and hearings, consultation with a bio-ethics expert, and an environmental impact statement.  (A sample of this process is here.) Because the Barred Owl population is robust, FWS determined that there would not be a long term negative impact and the population would fully recover in 3-5 years.

However, the Migratory Bird Treaty Act (“MBTA”) broadly prohibits the “take” of any bird, which effectively means that a protected bird cannot be killed, harassed, or otherwise adversely impacted. In this case, FWS conceded that most removals would be “lethal” removals, meaning that Barred Owls would be “removed” by killing them. Although the MBTA’s prohibitions are broad, there are many exceptions, including “take” for scientific research. FWS argued that the proposed “taking” of Barred Owls fell within this scientific research exception and, therefore, did not violate the MBTA.

Two environmental groups — Friends of Animals and Predator Defense — disagreed and filed suit against FWS, arguing that the plan to remove the Barred Owls violated the MBTA and other environmental laws. They argued that the scientific research exception only applied to research on the animal to be taken. Thus, Barred Owls could only be taken if the research was intended to benefit the Barred Owl. Because the research here was intended to benefit the Spotted Owl, they argued that the take was improper.  A federal judge in Oregon determined that there was nothing in the relevant statute or regulations that required that any “take” be for research on that species and granted FWS’s motion for summary judgment.

The environmental groups appealed to the U.S. Court of Appeals for the Ninth Circuit, but the result was the same. The appellate panel stated that the MBTA delegated to FWS the authority to draft regulations implementing the statutory permitting process. The court wrote (lightly edited for readability):

FWS has exercised the authority delegated by the MBTA to promulgate regulations governing the taking of migratory birds. Most relevant to this case is 50 C.F.R. § 21.23, which governs scientific collecting permits and under which the FWS issued the permit. Under such regulation, applications to take migratory birds for scientific or educational purposes must describe the species and number of birds to be taken, the location of collection, the purpose of the research project, and the institution to which specimens will ultimately be donated.

The unanimous panel determined that the MBTA had “few substantive conditions” and that FWS had “broad discretion” to implement the MBTA. Because there was nothing in the statute or regulations to support the “same species” argument, the court agreed with FWS that its plan was legal and affirmed the judgment of the district court.  Although there are further appellate options available, any attempts to overturn a unanimous decision would face daunting odds.

Thus, FWS is free to continue its program to remove Barred Owls from Spotted Owl habitat.  Of course, the courts determined the legality of the program, but did not assess the ethical issues involved in “taking” Barred Owls to protect Spotted Owls. 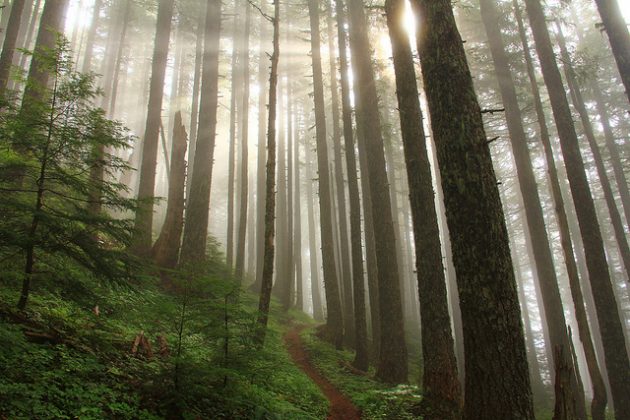