I’ve been down with an odd illness for a few weeks, and then I flew to Mexico and back (boy, are my arms tired!) so I’m a bit behind in my intense pursuit of scientific findings related to birds. But I do have a few items. First, the bird butts.

Over the least couple of weeks the best view I’ve had of Minnesota has been out my northward facing window. It is interesting to note that the vast majority of birds flying by out there are going the other way. All I see are their buts. I’ve seen some interesting terns, and it is possible that I saw a small flock of migrating Bonaparte’s Gulls. The local Bald Eagles are getting busy, I suspect there is an egg in the nest.

But that’s not the most interesting thing I’ve seen recently. While in Mexico, up on the roof of a casa (where I was cooking something up) I saw a murmeration! The birds were too far away to identify, and I know more than one species does this, but if I had to guess they were starlings. This was on the coast of the Yucatan, if that means anything. I got it on “film” using my camera, but they were so far away you can only see them for a second, and you can only see a few hundred. But there were a gazillion of them.

There is a bit of science news. One group is trying to make a better list of which species of birds to pretend to be doing something about vis-a-vis imminent extinction using a unique approach: Identifying the most genetically unique species. This makes sense. If half the Warblers go extinct, that would be a lot of species but you’d still pretty much have Warbler DNA. But if half of the species of goatsuckers go extinct, you’ve got a lot less left. Check it out:

The world’s first ranking of evolutionary distinct birds under threat of extinction has been published by a team of international scientists. These birds include a cave-dwelling bird that is so oily it can be used as a lamp and a bird that has claws on its wings and a stomach like a cow. The new rankings will be used in a major conservation initiative called the Edge of Existence program at the London Zoo. The zoo has already identified several species like the huge monkey-eating Philippine eagle that are at once distinct, endangered, and suffer from lack of attention.

Also written up here. The original paper is here.

Also of interest, on how evolution works: Lizards evolve a little when their main predators are birds (in some areas) and a lot more (as in they get more different and flashy) when there are also snakes:

Predation may create strong natural selection pressure on the phenotype and life history characteristics of prey species. The Izu scincid lizards (Plestiodon latiscutatus) that inhabit the four Japanese Izu Islands with only bird predators are drab brown, mature later, lay small clutches of large eggs, and hatch large neonates. In contrast, skinks on seven islands with both snake and bird predators are conspicuously colored, mature early, lay large clutches of small eggs, and hatch small neonates. We test the hypothesis that these suites of traits have evolved independently on each island via natural selection pressures from one of two predator regimes – birds-only and birds + snakes. Using two mtDNA genes and a nuclear locus, we infer a time-calibrated phylogeny of P. latiscutatus that reveals a basal split between Mikura and all islands south, and Miyake, all islands north, and the Izu Peninsula. Populations inhabiting Miyake, Niijima, Shikine, and Toshima are not monophyletic, suggesting either multiple colonizations or an artifact of incomplete lineage sorting (ILS). We therefore developed novel phylogenetic comparative analyses that assume either a multiple colonization or more restrictive single colonization ILS scenario and found 1) statistically significant support for the of different suites of phenotypic and life history characteristics with the presence of bird-only or bird + snake predator assemblages, and 2) strong phylogenetic support for at least two independent derivations of either the “bird-only” or “snakes + birds” phenotypes regardless of colonization scenario. Finally, our time-calibrated phylogeographic analysis supports the conclusion that the ancestor to modern Izu Island P. latiscutatus dispersed from the mainland to the Izu proto-islands between 3–7.6 million years ago (Ma). These lineages remained present in the area during successive formation of the islands, with one lineage re-colonizing the mainland 0.24–0.7 Ma.

And finally, some are suggesting that character displacement is not all its cracked up to be. In Competition May Not Be the Driving Force of Species Diversity After All there is a discussion of how infrequently actual character displacement (like the beaks in the Galapagos living Finches and other birds) occurs in evolution. What the writeup fails to address, and that the Grants, working there, very much have addressed, is that character displacement, to be a thing, has to involve physical adaptations, and that physical adaptations are more likely to arise in relation to shifts in staple or fallback strategies. At some point perhaps I’ll write up for you how the evolution of humans, specifically the ape-human split, and Galapagos bird evolution are the same thing in this regard. 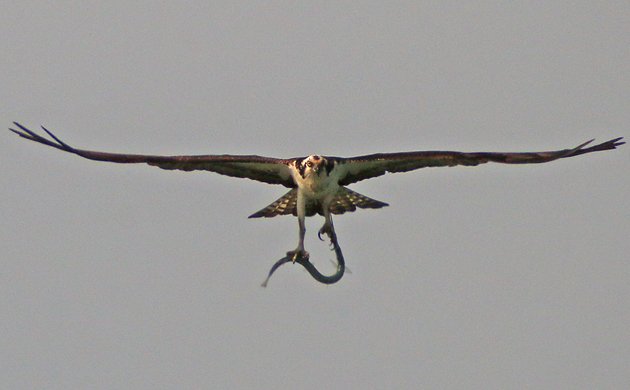