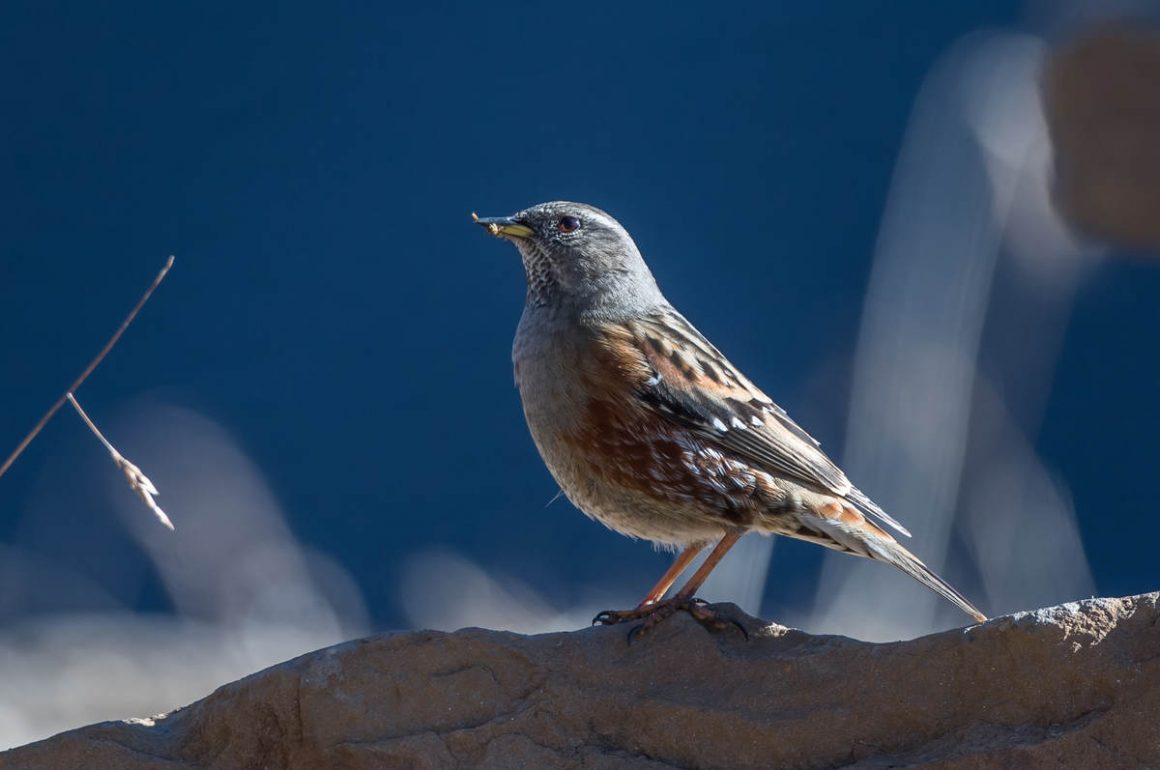 My last trip to Balangshan was in July 2021 – now I was back, three months later. Yes, I know you are not interested in boring semi-autobiographical descriptions of individual birding trips. But you may be interested in some of the most recent photos. I left out those showing merely fog (of which there was plenty at times).

High up at almost 4500 meters, some Alpine Accentors were posing in the sunshine, justifying the description in the HBW as “large, attractive accentor” (though eBird seems to disagree, instead characterizing the species as a “stocky, stout, and unobtrusive bird”). I side with the HBW on this issue.

Wikipedia has a paragraph on their interesting mating system: “Home ranges are occupied by breeding groups of 3 or 4 males with 3 or 4 females. These are unrelated birds that have a socially polygynandrous mating system. Males have a dominance hierarchy, with the alpha males being generally older than subordinates. Females seek matings with all the males, although the alpha male may defend her against matings from lower-ranking males. In turn, males seek matings with all the females. DNA fingerprinting has been used to show that, within broods, there is often mixed paternity, although the female is always the true mother of the nestlings raised within her nest. Males will provide food to chicks at several nests within the group, depending on whether they have mated with the female or not – males only provide care when they are likely to be the true fathers of the chicks.”

Sounds like a good topic for a raunchy novel. Working title “The alpha male and his chicks”.

White-browed Tit-warblers were moving around in little flocks among the scrub, beautiful in the bright sunlight once the fog had cleared away. When seen from the right angle, the females are quite attractive as well.

These little flocks included Chinese Fulvetta (which the HBW calls a “relatively drab small fulvetta”, unfairly in my opinion given the beautifully stern-looking eyes of this species) …

… and Sichuan Tit (which in the HBW still does not have its own page, being only covered in the chapter on Willow Tits).

I am generally fairly hopeless with regard to Bird ID via sound, which is a reason for me to like the Chinese White-browed Rosefinch. It sounds like a sheep, something even I can remember.

Then, there were Pink-rumped Rosefinches. At least that is what Bella thinks. I do not have a strong opinion on rosefinch ID, though looking at some photos online, I think she is right. On the other hand, the HBW entry has the ominous sentence “Differs from very similar C. pulcherrimus [Himalayan Beautiful Rosefinch] in having deeper pink plumage tones and more extensive pink on rump and uppertail-coverts”, which is the kind of warning that prevents me from developing my own judgment on rosefinch ID in the first place.

I am very fond of Giant Laughingthrushes, and fortunately, one finally came out for a photo session at Balangshan.

If you want to know whether an individual Giant Laughingthrush speaks Norwegian, you can call it “Kjempelattertrost”. If the bird reacts, it must know its Norwegian name.

The next morning – the final day of that trip – I stopped at a monastery near Wolongshan, at quite a bit lower altitude than Balangshan. This turned out to be a very good location for laughingthrushes at this time of the year, though as usual, I needed the help of my bird guide, Bella from Alpinebirding, to see any of them.

A Spotted Laughingthrush examined the roadside for anything edible …

… occasionally being harassed by a Giant Laughingthrush at the same spot.

A small flock of Chinese Babax – also a laughingthrush species – was a bit more secretive. The eyes of this species remind me of the Chinese Fulvetta shown above, though they are not that impressive in the photo of the presumed juvenile below.

And Elliott’s Laughingthrushes were there as well, being the most common laughingthrush species around.

Apparently, this is a Vinaceous Rosefinch, either a female or a juvenile. According to the HBW, this species is relatively rare and may be upgraded (or is it downgraded?) from its current “least concern” status. The male looks much more interesting, but that does not help this blog post much.

The White-collared Yuhina is easier to identify. Its Latin name, Parayuhina diademata, indicates that it is wearing a crown (a diadem – if you have some time to waste on the internet, you can try to figure out what the difference is between a diadem and a tiara, only to eventually come to the conclusion that there is none, such as this website). At least the Latin name seems to make more sense than “White-collared” – at least I cannot see anything like a white collar …

Leaving Wolongshan, we came across an Eastern Buzzard. The bird was trying to look stately, dignified, and menacing, which was not very convincing after we had just watched it failing to catch some prey on the ground. It probably thought we had not seen that.

And the last notable animals we saw were a troupe of Rhesus Macaques on the roadside. I still do not like monkeys very much. The fact that they begged tourists for food did not help. So undignified. I would never beg for food, only for better bird photos. 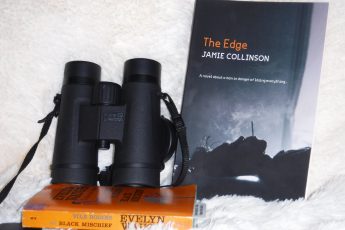