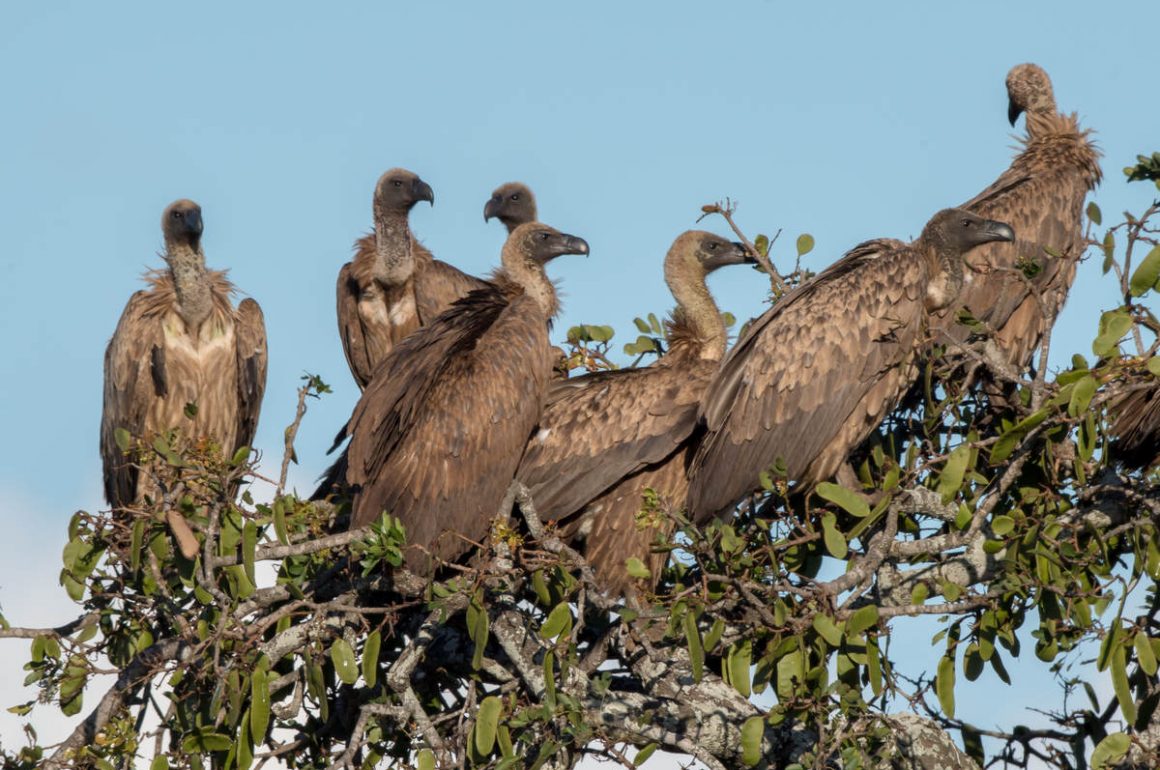 Hluhluwe–Imfolozi Park is the oldest proclaimed nature reserve in Africa – it was established in 1895. It is thus much older than the Hold Steady song “Heavy Covenant“, which was only released in 2021. The quality is similar though (on a highly abstract level).

Despite its rather toxic-looking colors, the African Green Pigeon is trapped for food in Ghana.

According to a local African superstition that I just made up, it is not harmful to eat toxically colored birds if you eat them in the dark.

I guess most scientists would love to see their original research become the basis for a vast field of further studies. For the authors of this study on the Sabota Lark, this makes them end the abstract of their paper with the slightly pompous and simultaneously slightly unambitious claim that “This study provided a foundation for future comparative studies on avian life-history strategies in larks.”

If you happen to be a European Bee-eater, you are in luck. First of all, eBird describes you as “spectacularly colorful”. But much more importantly, based on a vast amount of scientific research, I have put a number of life hacks together for you:

Admittedly, the Familiar Chat is not a particularly spectacular-looking bird – eBird calls it “a plain gray-brown chat” while Wikipedia talks of a “dumpy short-tailed bird”, and the “familiar” in the English name also does not suggest a bird with a lot of surprises. However, one interesting fact is that the Afrikaans name for this bird is “spekvreter”, which in German (which is related to Afrikaans) probably be “Speckesser” and in English means “fat-eater”. Apparently, this is because the species habitually fed on the lard (“spek”) that the original settlers used to grease the axles of their wagons. Colonial history reflected in bird names.

Unfortunately, the Fork-tailed Drongo is not the honest and god-fearing bird one could wish for. A study has shown that they make false alarm calls when seeing other species such as meerkats with attractive food. Next steps: Meerkat is frightened, meerkat moves into hiding leaving the food behind, drongo swoops down, drongo eats food, drongo presumably goes to hell afterward.

The Golden-tailed Woodpecker shares something with the German flag – it is called golden-tailed even though to me the color of its tail is yellow, not golden.

For the German flag, the “Grundgesetz” (the German basic law) states that the color of the national flag is black-red-gold. However, whenever you see a German flag, you will notice that the last color clearly is yellow, not gold.

The rationale behind it is that apparently, gold would be too expensive or too difficult to achieve a color, thus making the flag unsuitable for an inclusive democracy. No doubt the woodpecker has similar considerations.

In terms of breeding behavior, starlings are a diversified group – some use helpers, others do not. Greater Blue-eared Starlings prefer not to rely on hired hands. However, this increases their oxidative stress (source), making them more vulnerable to a variety of diseases. Superb Starlings avoid this when using helpers, much like rich people presumably reducing the stress of raising kids by hiring a couple of nannies.

The Green-winged Pytilia was previously mostly called Melba Finch, which is also its Latin species name (melba), even though nobody seems to be quite clear about what the melba means or where it comes from.

They are being parasitized by indigobirds which also use other host species. This can lead to plots resembling slightly overcomplex soap operas (source):

“A two-generation history (…) began with a female indigobird laying in a Melba Finch nest rather than in a nest of her usual host, e.g. Red-billed Firefinch. Her daughter, genetically an indigobird, imprinted on her Melba Finch foster parents and then mated with a male paradise whydah mimicking Melba Finch song. She also laid eggs in Melba Finch nests. Her son, the male hybrid carrying his grandmother’s indigobird mtDNA, learned and later mimicked Melba Finch song.”

I probably would have turned off the TV by then, finding the plot too improbably and hard to follow, unless the lead actress looked extremely cute.

I have not read this specific book by Scott Hershovitz but in my mind, the title “Nasty, brutish and short” is a good description of children in general (and a great book title – you are unlikely to hear from Thomas Hobbes’ lawyer for using it). On the other hand, compared to the Laughing Dove, human life is still pretty long. A study found that Laughing Doves at a South African reserve have a life expectancy of 0.83 years during the first year after ringing and a further 1.5 years during the second year – hardly enough time to consider buying long-playing records (to paraphrase a favorite joke of my late father).

This also means there is a lot of pressure to breed – a mathematical model suggests that each pair of Laughing Doves must produce 8.0 young in 1.5 years to keep the population stable. Thus, not much time to listen to music anyway.

To US-American readers who have Republican friends: here’s a little tune (“Fun Campfire Song”) you can play to them when you are gathered around the campfire.

The Lesser Masked Weaver seems to be a bird with a limited sense of personal hygiene. The HBW remarks that its “face may be covered in pollen after feeding on nectar.”

While “Lesser Masked Weaver” to me implies the existence of a “Greater” such weaver, it does not actually seem to exist.

Then again, the Latin species name “intermedius” (intermediate) seems to imply that there is at least one smaller and one larger similar species. Confusing.

[and yes, I checked even without having a photo of the Greater Striped Swallow: “a large swallow” (Wikipedia), “large swallow” (eBird). Good that there are some things everyone can agree on.]

If you consider keeping some Red-billed Oxpeckers to get rid of ticks, you might want to read the paper “Red-billed Oxpeckers: vampires or tickbirds?” first. While the conclusion is not an outright damnation of the oxpeckers as the Count Draculas of the avian world, the carefully phrased conclusion does not sound very positive either: “These results suggest that the oxpecker-mammal relationship is more complex than was previously thought.” What they mean is that these guys also suck the blood of the host directly, without the blood passing through the tick first.

Continuing on my occasional theme of color-blind ornithologists, it is kind of hard to see any red in the Red-capped Robin-Chat.

A longer tail makes male Red-collared Widowbirds more attractive to females of the species (source). Please insert your own dirty joke relating to humans here. If you have no clue what I am talking about, then God bless you.

Another selection criterion among humans is hinted at in the song “Prodigal Son” by Alan Power:

“It didn’t take much for you to fall under my spell
But up until then you’d never seen karaoke sung well”.

Traveling can be stressful. In a study in Israel, migrating Steppe Buzzards were found to have much higher lice infestation rates than non-migratory Common Buzzards in the same region. I have to admit that I also tend to feel a bit itchy after a long flight in economy class.

Apart from looking kind of cool, Trumpeter Hornbills have another function in the ecosystem: to spread seeds of fruiting plants over considerable distances (source).

If you want to know how a proper scientist would describe dead animals randomly lying around, here is the answer: “spatiotemporally unpredictable carcasses”. That is what White-backed Vultures are looking for.

None of these photos shows the “diagnostic pale rump patch that is best seen in flight” (eBird). Maybe the color inside the oral cavity would be a better field mark.

For the White-fronted Bee-eater, the list of life hacks is much shorter than for the European species. Serves the bird right for not living close to European ornithologists.

Some people wonder whether god exists. Other people – ornithologists, perhaps – ask whether Cape Verde kites exist (probably not). They do, however, believe in the existence of the Yellow-billed Kite.

Work ethics among Yellow-billed Kites seem to vary a lot between individuals. For example, constructing a nest took 18 to 83 days in one study, with an average of 57 days – the quickest thus needed less than a quarter of the time required by the slowest. Or more quality-conscious, if you want to take a more positive perspective (usually not my thing though).

Of course, like many natural reserves in South Africa, Hluhluwe has the usual assortment of animals that have been ejected from European and US zoos and thus have to survive in the wild. Poor creatures.

Where Are You Birding This Final Weekend of March 2014? 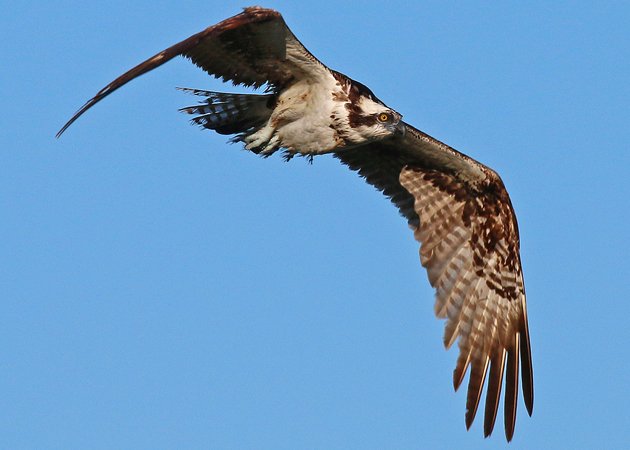 « Previous post
What’s Up with the ABA? — Proposed Changes to Bylaws
Next post »
Low level crossing at Fitzroy Crossing