One of the great advantages of writing for this website is that you can actually write in advance! In fact you can write quite a long time in advance, so if you know you are going to be in the bush and nowhere near electricity or the internet for an extended period of time you can plan ahead and have a post going up regardless of your location. Another good reason to write in advance is if you are going on a break to see family and you don’t know if time will allow you to write. Not only that, but you may get time to go birding and you would not want to be sitting at a computer if you could be outside with the birds! I am bringing this up, because on September 27th we headed off to the UK from Broome after an absence of twenty two years. We were to spend a few days with my sister and family that had travelled from Sydney and my parents, who had not been able to travel to Australia this year. The trip to the UK is a long trip, because unlike the shorebirds that just head north we have to first fly south-west to Perth for two and a half hours and then head north-west. It takes about twenty six hours to get to Manchester, but the return trip takes a minimum of thirty three hours due to poor connections.  From Manchester we took a train east to the closest train station to my parents’ home and over those three hours we watched eagerly from the train window for any British birds! We were pleasantly surprised to find the first British bird was a Eurasian Magpie! They appear to be more abundant than in 1994. By the time we had arrived at the local train station we had seen numerous bird species and every field appeared to have several Common Pheasant feeding in the late afternoon.

A lot has changed in the UK since 1994 in the birding world, but very little has changed in the small village where my parents now live. One of the highlights in our first few days walking down the country lane from their home was the massive flock of Black-tailed Godwits that were using the banks of the River Humber for feeding at low tide and roosting in the nearby old clay pits. The above photo shows some of the flock that were roosting close to a hide at Killingholme Haven. The other prominent species along the river bank was Common Redshank and they were a bird we saw regularly over the time that we were in the UK. Eurasian Curlew were feeding in the fields throughout the village too. 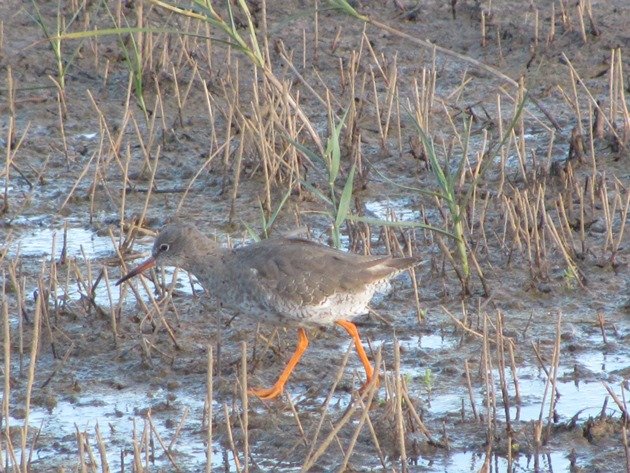 It was a pleasure each morning to wake to the sound of a European Robin and for a few days it teased us from a dense tree and finally I caught it out on the power line outside the bedroom window! European Robins were on the move while we were in the UK and along the east coast we encountered huge flocks of them. We were told the colouring indicated that they were not UK birds, but passage migrants. It seemed there was a European Robin for every fence post! 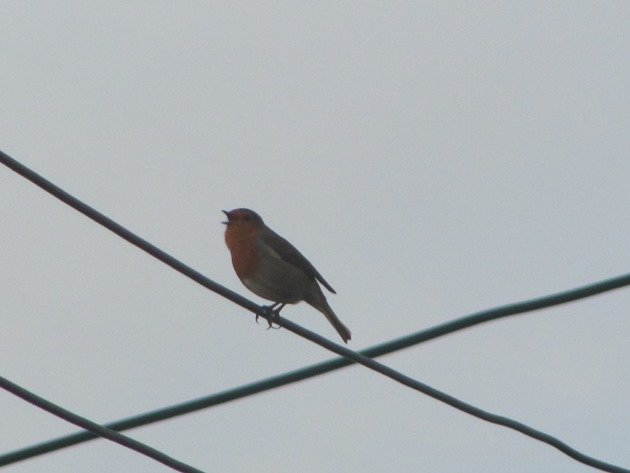 Our first birding experiences with UK ducks after so long was frustrating when they all seemed to be tail up! Why doesn’t somebody do a field guide for ducks of the world with tail end photos only? Maybe there is book out there? Maybe 10000birds.com could make a webpage that covers ducks from that angle?! Surely we all have some photos that we could contribute!? We were happy to find Tufted Ducks were more inclined to be floating than upside down feeding! 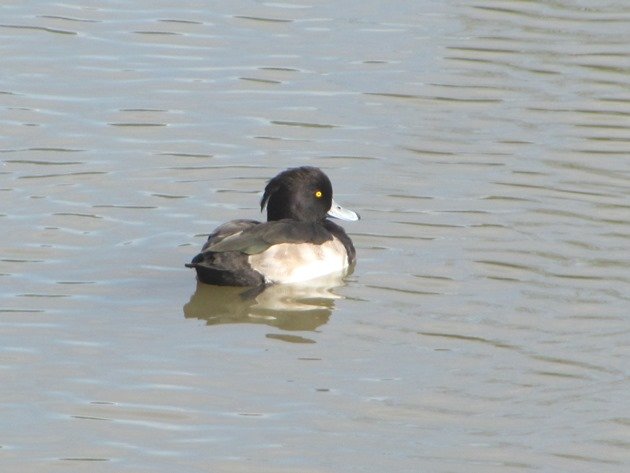 October in the UK is the right time to observe ducks and we had quite an overload of ducks over the month! We don’t think we have ever seen so many Eurasian Wigeon in our lives! We saw other magnificent ducks too including Northern Pintails, Common Pochard and Red-crested Pochard. Nothing beats a surfing duck, though! Our travels saw us observing Common Eiders surfing around Holy Island in Northumberland and along the coast to the south. What a great duck! They are one of the larger ducks and their feathers were used in the original eiderdown! 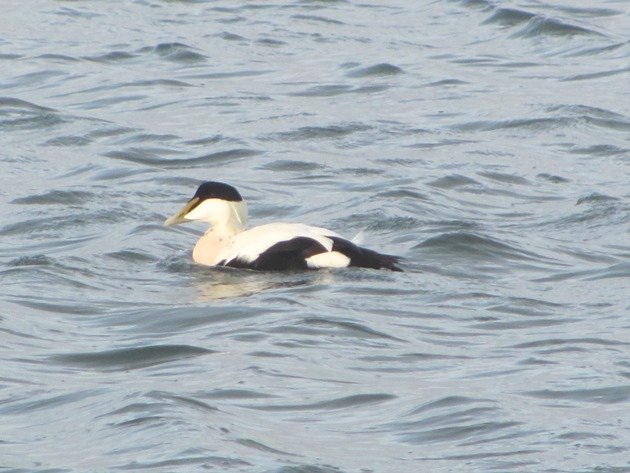 One of the big changes in the UK birding scene is that in 1994 people would have driven across the UK to see a Little Egret and in 2016 they are abundant! Even a Great Egret hardly raises an eyebrow nowadays! Little Egrets were almost a daily encounter and we saw Great Egrets in a couple of locations. 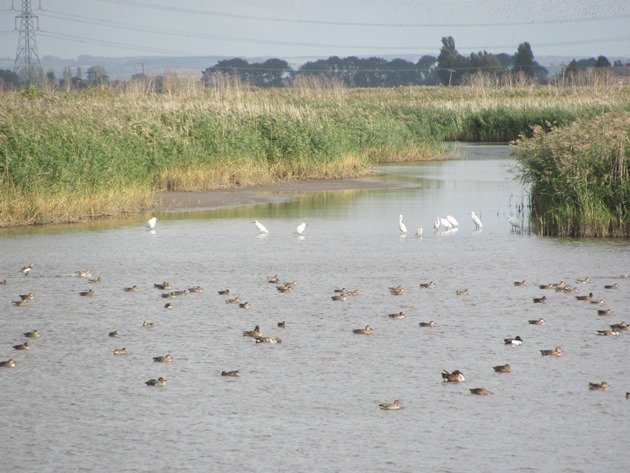 We were incredibly excited when we had our first Common Snipe encounter shortly after arriving in the UK and then they just appeared to be everywhere we went! We had a flock of twenty Common Snipe at one location one day and then we got lucky with a run of Jack Snipe and encountered seven just from one hide on the coast north of my parents’ house!!  October is to be recommended for birding in the UK if you love the snipe species! 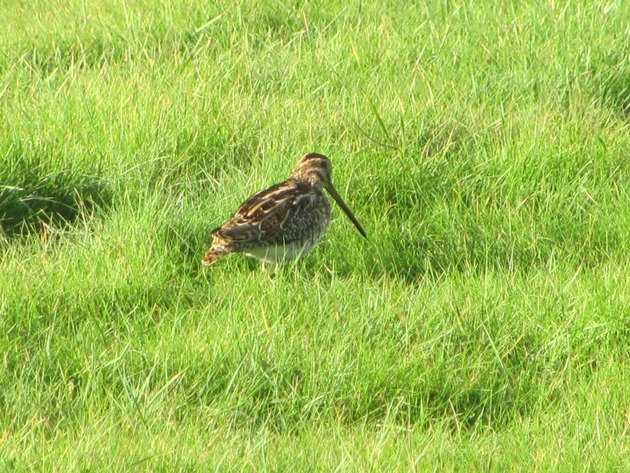 In 1994 a lot of attention was being paid to the decline of Northern Lapwings, but in 2016 we were encountering them on a regular basis and it appears they may be faring a bit better now. Farmers were encouraged to adjust their farming habits to prevent further population decline. On one occasion we were lucky enough to not only encounter a large flock of Northern Lapwings, but also several thousand European Golden Plover and that was truly an incredible sight! We did not move for quite some time! All other plans were off that afternoon! 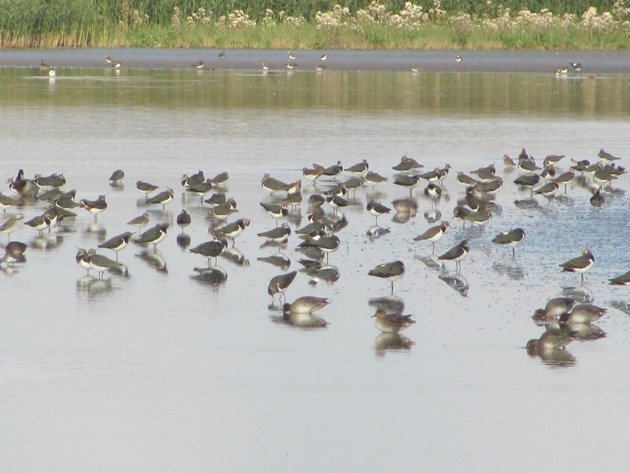 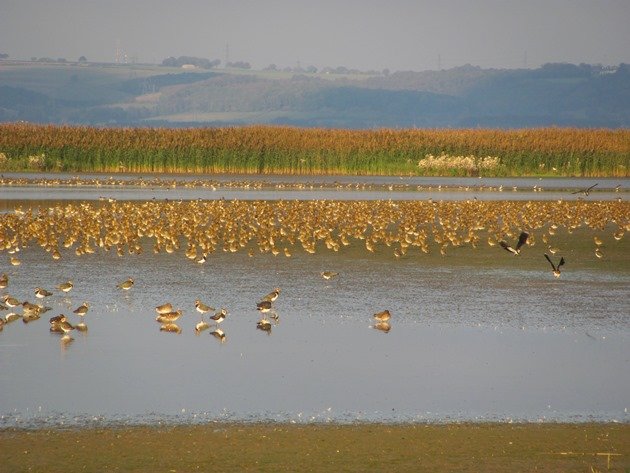 A small bird that often appeared to be there to distract your birding until you got familiar with its call once again was the Eurasian Wren! It would call out from the densest bushes and tease you and there was one resident in my parent’s garden during our visit. One particular Eurasian Wren was not only vocal, but ready to be photographed on a dull day at Holy Island. The Australian wren families have long tails and so the wrens in the UK look as if they have had some sort of tail feather accident! 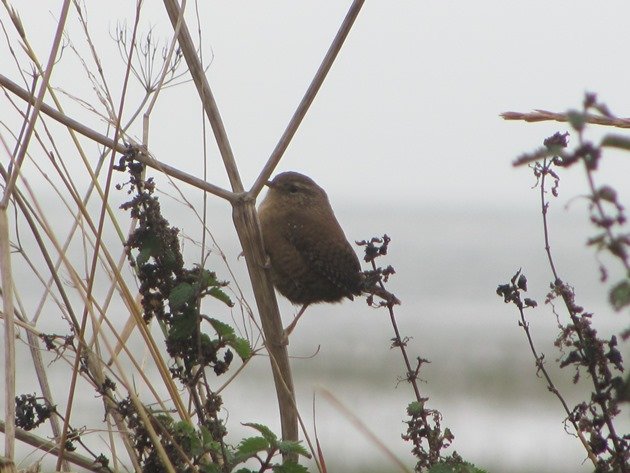 My parents commented that they were now seeing Marsh Harriers and Common Buzzards a lot more than ever before in recent years and this proved true. Another big increase in a bird that was very rare in 1994 was the Red Kite and we had three encounters during our time this year.  The first encounter with a Red Kite was a confrontation between a Red Kite and a Marsh Harrier that were not too keen to share the same airspace. I managed a photograph of the Red Kite across a dull sky! 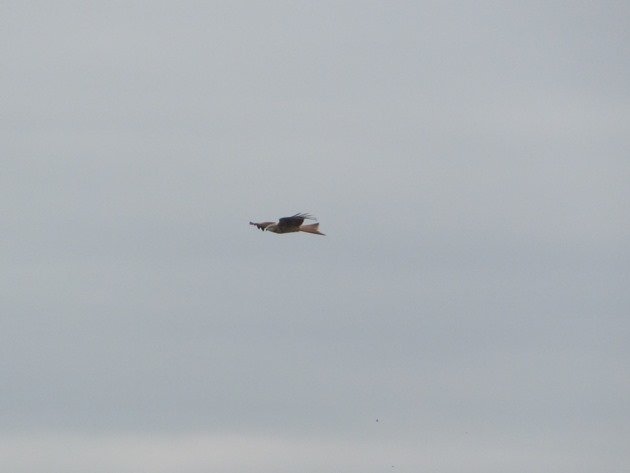 Of course you know we would have been rather keen to observe Eurasian Oystercatchers and they were often found along the coast on various birding outings both north and south of where my parents live near the River Humber. It is always nice to see familiar birds from home too, so the Ruddy Turnstones among them were a welcome addition and the added bonus of Dunlin too. 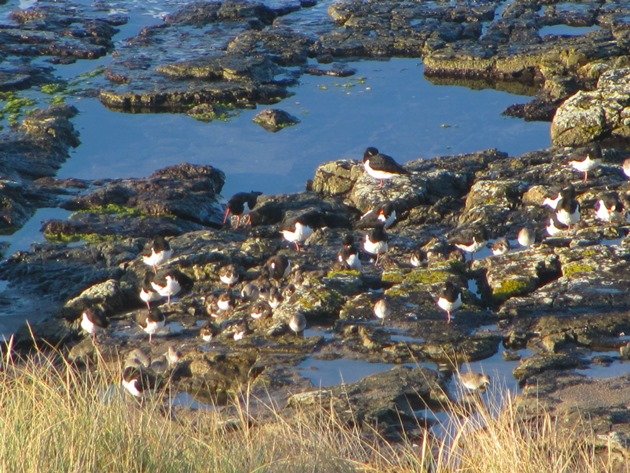 One elusive bird from our last visit to the UK in 1994 was finally encountered this year! The White-throated Dipper is a bird that we “dipped” on last time! This time we had two encounters and the second encounter was actually after advice from the campsite manager. We had camped at Cottonhopeburnfoot, which is a great name in itself, and were told that if we walked the trail which was part of the Pennine Way near the campground we should find a White-throated Dipper in the River Rede. Considering it was a brilliant blue sky and 6c/43f and we had as many clothes on as you can comfortably walk in we were not too surprised to find the White-throated Dipper out of the water! The reason it was even seen was the perfect round white shape on the log, which is the breast feathers! Our previous encounter with a White-throated Dipper further south offered some excellent photo opportunities of it feeding, but that’s a whole other story for another week! 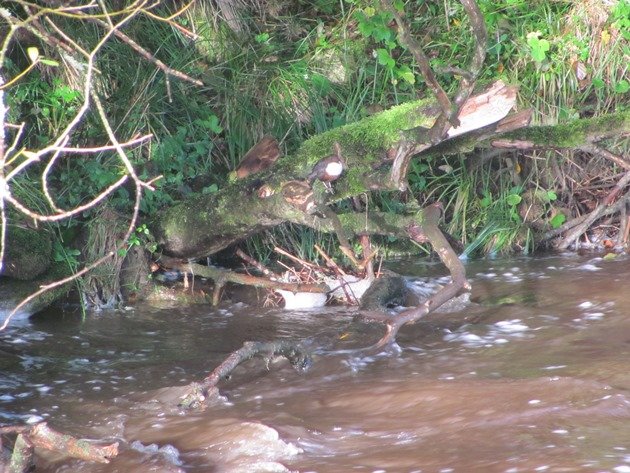 One unusual aspect of birding in the UK in 2016 is that quite a few nature reserves allow dogs. They are supposed to be on leads and under control, but in Australia there are strictly no dogs allowed in National Parks. We found that reserves that did not allow dogs in the UK were more popular with some birders, but at other reserves people were birding and walking their dogs at the same time. Of course a down side to people having their dogs on reserves is that they don’t always clean up after them. We saw a variety of signs addressing this problem, but this one below was by far our favourite!

Of course we observed such a huge selection of birds while we were in the UK that this can only be a brief insight into our time there. Over coming weeks I will expand more on some of the great birding locations that we visited, but for now you can scroll through to the bottom of my year list to see what was added while we were away from Broome. 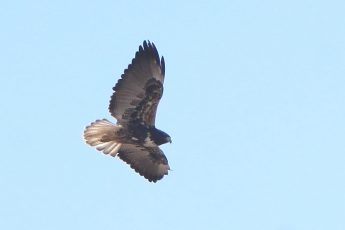