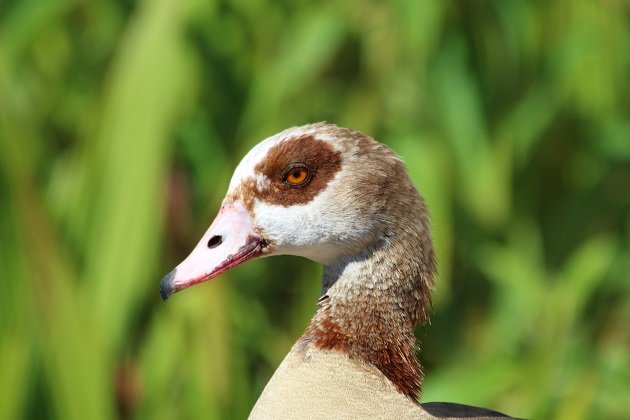 Birding after long flights is a double-edged sword. On the one hand you’ve flown halfway across the world, or all the way across the world, and all you want is to get off that plane as quickly as possible and start adding lifers and being dazzled by birds you’ve until now only read about. On the other hand, you’ve just flown halfway across the world and even if your luggage hasn’t been rerouted to Helsinki or Osaka your mind certainly feels as if it was. Long-haul flight isn’t a byword for comfort, and while it may not be as awful as flying US domestic, you’re usually in something a state, and lacking a day’s sleep, by the time you reach your destination. So two combating urges fight for supremacy, and often also come into contact with another barrier; most endpoints for long flights are large cities. Which can often have less to see, or at least see easily as a visitor, than a national park.

Here is where botanical gardens are your friend. They are typically easy places to reach, easy to get about in, safe, and serve as a natural primer for many of the species you’re going to be seeing on a trip. For those with non-birders in tow they are also diverting in a way not every birding location can be. As a bonus, they are often heavily visited and as a consequence the birds found in them are used to large numbers of people having picnics, regarding begonias, dating, courting, playing Frisbee, and are therefore untroubled by humans regarding them carefully. Kirstenbosch is famous for proteas

Kirstenbosch Botanical Gardens in Cape Town has to rate as one of the finer examples of botanical gardens that I have ever seen, up there with London’s Kew Gardens and the Botanical Gardens of Singapore. The setting alone is fantastic, nestled in the lee of Table Mountain’s eastern slopes. But the main reason for their high ranking is their biogeographic position, sitting firmly in the world’s smallest floristic kingdom, the Cape Floristic Kingdom. The high endemism that results from this makes the area supremely important for floral conservation, and the focus on South African plants, rather than the world’s, seems appropriate rather than narrow. Even if you never saw a single bird in the park you couldn’t help but be impressed by the displays of proteas, euphorbias, ericas, restios and Afromontane forest. Of course, you don’t have to worry about not seeing a single bird. There are so many damn birds there is even a book about the birds of the gardens in the gift store, and while you are unlikely to see everything in that book, there is plenty to be getting on with.  And just like the plants, the fynbos (as the local vegetation is known) holds many endemics as well.

The most fearless birds in Kirstenbosch are probably the ground birds. Two of them will be familiar to anyone that has birded in Africa (and possibly further afield), the Egyptian Goose and Helmeted Guineafowl. To me they are quintessentially African, but these days the goose is well on the way to being and established native to Europe  and guineafowl have been domesticated everywhere. The third species is most certainly a lifer if this is your first visit to Cape Town, the Cape Francolin (it should be noted that for African species the word Cape can denote a species that is found only in the vicinity of Cape Town, or one found in the Cape region, or one found anywhere between Cape Town and Cairo. As such it manages to maintain that tradition of unhelpfulness that is so important in bird names). All three can be found strutting around in the grassy areas maintaining the same indifference to people that other birds treat antelope with. When you stop to look at them, Helmeted Guineafowl are odd looking birds. This Egyptian Goose has perfected his smoldering come hither look. This Cape Francolin was raising a family less than a hundred metres from the main gate.

With a superabunance of gaudy flowers you’d expect a decent showing from nectar drinking birds, and you shouldn’t be too disappointed. The gardens do adjoin the Table Mountain National Park, which means that sunbirds and the like do disperse when there isn’t much in the gardens (compared to elsewhere). As such I haven’t yet managed to see a Cape Sugarbird in the garden yet, but I live in hope. The Orange-breasted Sunbird is a Cape endemic that is easy to see and not the less attractive for being so easy, and the Southern Double-breasted Sunbird is also a lovely possibility. The Orange-breasted Sunbird is a stunning endemic As is the Swee Waxbill

The gardens are particularly famous for a nesting pair of Spotted Eagle-owls. Try as I might I never managed to find them, but I was out of season. There are a number of birds of prey that can be found, my favourite being a Gymnogene flying high above the entrance. One of Africa’s oddest birds of prey, it isn’t rare if you travel, but it was a awesome lifer on my first day of the trip. The gardens also have some mammals, although for the most part you’ll need to show up very early if you want to have any hope of seeing Cape Fox, Caracal and Cape Grysbok. I have seen unconcerned Cape Grey Mongoose and Four-striped Mice though. The Forest Canary is one of several that can be found in the area.

All in all, its a pretty good place to start an African birding trip. Be sure to drop by the rather nice restaurant for lunch, and the gift store is a must if you like books about birds (or things with flowers on them). Is this a African Dusky Flycatcher? I don’t know. 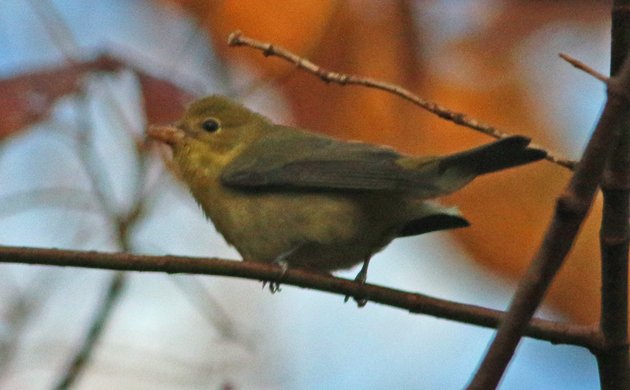 Best Bird of the Weekend (Third of October 2019)