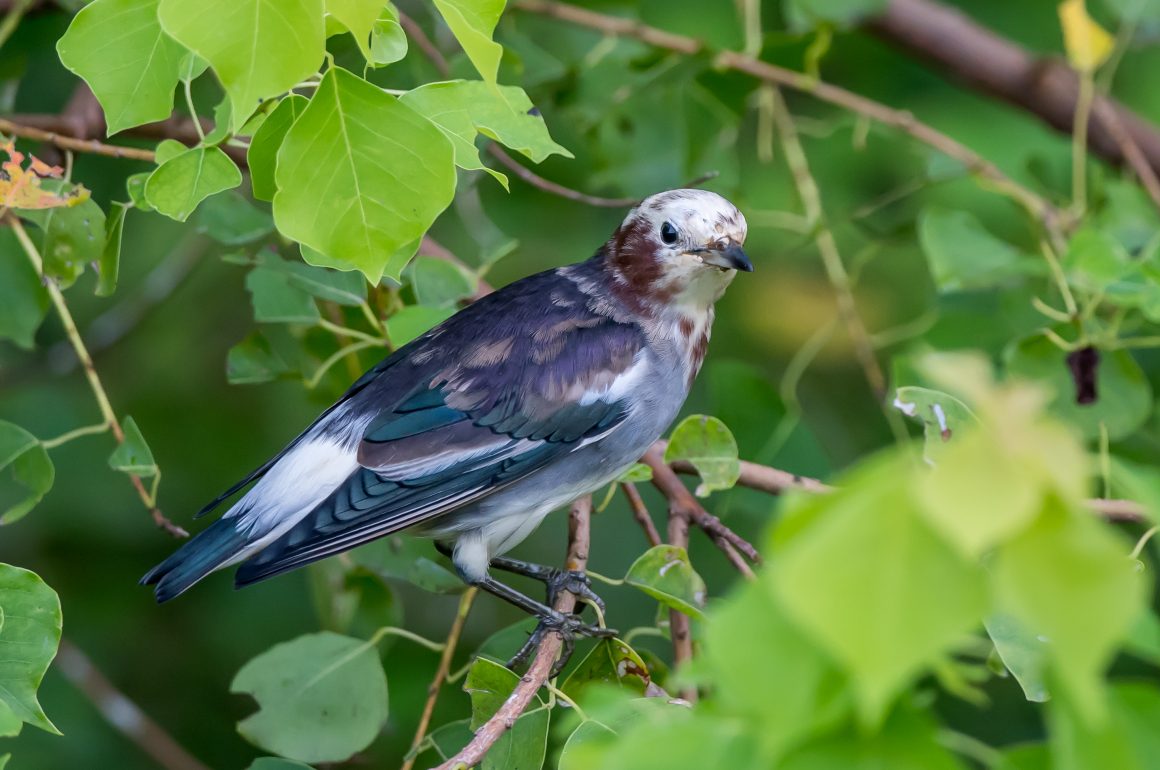 Got to cover the home front occasionally, even though it gets harder and harder. Construction is still ongoing at Nanhui, there are constant rumors that key birding sites will be made inaccessible … you have to take every Nanhui visit as it is your last (yes, another clichee). Plus, somehow the birds have not been that great this migration season so far, or maybe I am just spoilt from my recent visits to Sichuan and Qinghai.

Still, there were a few birds there this September.

The Blue-and-white Flycatcher is one of the few birds in which the young male looks both distinctive and rather nice. Being a bit older myself now, I have to point out that young human males usually do not look that good, at least to me.

The real thing: an adult male

Black-crowned Night Herons are frequent at Nanhui in September, both adults and juveniles. Both are very good at pretending to be unemployed

For some reason, this Grey-streaked Flycatcher reminds me of Patrick Stickles from the US band Titus Andronicus. Maybe because of the beard (of the singer, not the bird). Great band, by the way, if you like that kind of music, which you should.

Two Long-tailed Shrikes were in an intense fight. It looked truly terrifying – so terrifying that after taking just a few photos I got out of the car (which they had totally ignored) and walked towards them until they separated. Then, I was not sure whether this was the right thing to do. Interfering with nature …

Both are fully alive, though this is hard to tell on these photos.

… this rather attractive-looking Tiger Shrike …

… or one of the many Brown Shrikes passing through Nanhui on migration.

I sat next to another bird photographer who asked me whether I had seen a Japanese Paradise Flycatcher. I pointed at the bird shown below but he insisted it could not be that species – no long tail …

For people of a certain age, gender and background, at some point The Smiths were the most important band in the world. I guess the whole point about this band name is to suggest -ironically, of course – utter blandness. If that band had had to name themselves after a bird species rather than after a surname, they probably would have called themselves the Asian Brown Flycatchers.

A German friend of mine saw an earlier photo of mine of a Black-naped Oriole (a slightly more attractive one, though – a proper adult male). She got excited: “Birds with sunglasses!”

This is probably an Eastern Crowned Warbler. But do we really care?

Cattle Egrets have perfected that smudgy look. Presumably, potential predators will assume they have not taken a shower for weeks, and consequently stay away.

Possibly my favorite Nanhui bird this September was the Chestnut-cheeked Starling. Breeding in Northern Japan and wintering in the Phillippines, some seem to take a migratory rest stop (and slight deviation) at the Shanghai coast. Hints of potential warming in the HBW species description: “Date of first egg-laying on Honshu now 7 days earlier than it was 25 years ago”.

There are also quite a few Cuckoos. As usual with cuckoos, nobody quite nows which exact species they are (though strangely, some Shanghai ebirders seem to be very confident about their ability to identify different cuckoo species, too. I would only be that confident after at least 3 beers …)

This one looks different.

If you look at the distribution map of the Eastern Yellow Wagtail, you will find it is primarily an Asian bird. And yet, the very first thing the HBW has to say about the species is the following:

“During the breeding season, the Eastern Yellow Wagtail is one of the most conspicuous passerines of the arctic tundra. Its bright yellow coloring, its wagging tail with flashing white outer feathers, its use of elevated perches for observation, pursuit-feeding, singing, and territorial defense, and its loud, sharp, persistent vocalizations when disturbed—all combine to attract the attention of nearly every traveler to northern and western Alaska.”

Hm. Bird nationalism is not really much better than any other kind of nationalism. (I know, easy to say for a German after having lost a couple of world wars, but still true).

The HBW also has some interesting details about the Grey Heron. For example, the main article states that “At Lac de Grand Lieu, W France, birds commute 2–38 km between colony and feeding territories.” However, the article fails to give details about the fuel consumption of the bird, making the distance information almost useless for the purpose of any economic evaluations.

Oh, to be young and molting again! A juvenile Chinese Blackbird.

Other species, such as this juvenile Light-vented Bulbul, seem to have more ambiguous feelings about molting. Advice to them: Things can only get better.

The Oriental Dollarbird is of course named after the early US explorer Alexander Dollar (1713-1788), incidentally the same person who also gave the name to the US currency.

The Whiskered Tern is another bird with a slightly puzzling name. Having failed to notice any whiskers on the bird, I looked up the name. eBird has an explanation – apparently, the white cheeks “can look like broad white whiskers in flight”. Frankly, I am not convinced.

The White-shouldered Starling is another rather attractive starling, and not too common at Nanhui. The light blue eyes look quite magical, though I am not quite sure how this statement matches with my self-perception as a rather cynical and disillusioned person.

For the White-throated Rock Thrush, I tend to always make the same comment about how inappropriate the name is.

My friend Kaca – who is a much better birder than me – actually just pointed out that this is not a White-throated Rock Thrush but a Blue Rock Thrush. So, my criticism about the non-fitting name is totally misplaced.

“So worry not All things are well We’ll be alright” sings Matt Berninger in The National’s “Apartment Story“, but this is at least halfway meant ironically. It certainly does not refer to the status of Nanhui. I did not see any Fairy Pitta at Nanhui this month after getting them regularly every September for the last few years. At least, I managed to get a The National reference into the blog eventually. 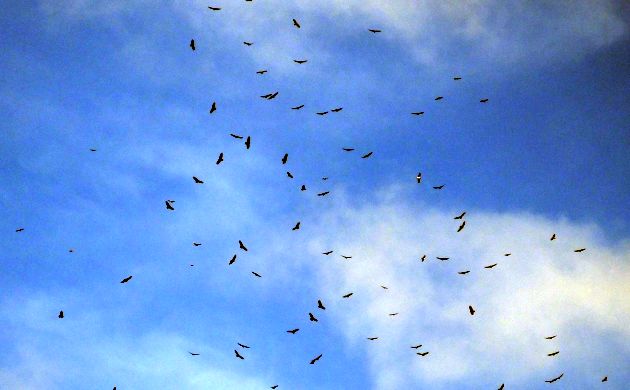 Where Are You Birding This Second Weekend of April 2017?

« Previous post
Dragonflies and Damselflies of Costa Rica: A Field Guide–A Book Review
Next post »
Best Bird of the Weekend (First of October 2021)