Sliding the glass door to my Florida backyard, I shuffled my slipper-clad feet and closed the opening behind me. The sun had broken through an early morning haze, warming my backyard to over 70 degrees F – a bright spot in what had been a generally gloomy February. Plopping myself down on a bright blue chair, I carefully placed my binoculars on my lap and picked up my knitting. My view? A straight shot to my bird feeder.

My yard is a birding hotspot. With forest on two sides and the expansive Eglin Air Force Base reservation just beyond, avian species have a host of hiding and eating opportunities. The feeder dangles from a clothesline between two pine trees, beckoning a range of bird varieties.

Nothing was on my agenda for that afternoon. I stitched away as I watched the Red-bellied Woodpecker scatter the smaller Chipping Sparrows and Carolina Chickadees as it glided down for a few seed morsels. Eastern Bluebirds called from the branches above my head, while Ruby-crowned Kinglets buzzed in the holly bush a few yards to my right. Turkey Vultures swirled overhead, Red-shouldered Hawks looked for prey from a nearby dead trunk, and Northern Cardinals, Northern Mockingbirds, and Brown-headed Nuthatches made occasional appearances. Hours slowly ticked by, but I had seemingly infinite opportunities to watch my birds while stilling leftover restless energy with knitting.

Normally, when someone asks about this particular hobby I tell them definitively that I am a “birder.” To be a “birder” is to be a seeker, someone in motion, someone active. “Bird watcher” seems to denote a quieter pastime, slow, something others might describe as “boring.”

Jonathan Rosen makes the distinction in the New Yorker as well: “This may seem like a pedantic distinction in an already marginal world, but it matters—though the two terms bleed into each other. Crudely put, bird-watchers look at birds; birders look for them. Ahab wasn’t fishing, and the guys in ‘The Big Year’ aren’t watching birds, they’re scouring North America in a ruthless bid to tick off more species than anyone else. They don’t even have to see them—hearing their call is enough.”

For a long time, I thought I had to be one or another, a self-described “birder” or “bird watcher.” But as I’m moving into the seventh year of my love affair with birds, I’ve realized an enthusiast can find themselves in both camps.

A few days before my backyard birding afternoon, my husband and I had visited the Louisiana and Texas coasts, seeking birds in the incredible wildlife refuges that shelter wintering waterfowl and so much more. On that trip, we actively sought new species, moving from one place to another with drive and determination. The emphasis was on discovery.

In my backyard? I felt intent on observation. How did the birds interact with each other at the feeder? What did their behavior look like? What perches did they prefer?

Birding and bird watching are two sides of the same coin. While I’ll probably use the term “birder” to describe myself now and into the future, I also look forward to developing my bird watching sensibilities. With such a great backyard, who wouldn’t? 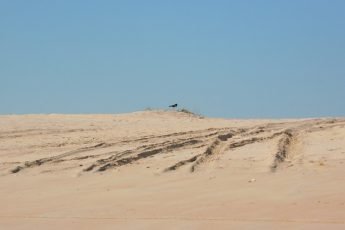 Where Are You Birding This First Weekend of February 2012?

« Previous post
Looking for Year Birds in the Central Valley of Costa Rica
Next post »
Where Are You Birding This First Weekend of March 2019?