On our last visit to Tasmania we visited the area of Lauderdale to the south-east of Hobart. There is a Conservation area there to protect the breeding territory of the Pied Oystercatchers. At the time their future was uncertain due to a proposal to build a marina on the site. It seemed that the Conservation status of the land could be over ridden, which seemed incredible. The developers had proposed the Pied Oystercatchers could be moved by growing some oysters somewhere nearby…..shame they don’t actually eat oysters in Australia! Thankfully there were a lot of active protestors and the marina will not go ahead and the birds can all continue to live and breed in this area. Studies have been undertaken on the Pied Oystercatchers in this area from the 1970’s onwards, so thankfully there was plenty of data available for the case for the protection of the area and importance as a breeding territory. Without this data the protection of the area and conservation status may have been harder to maintain. One of the cutest shorebirds in Tasmania is the Hooded Plover and their population is in decline in all of their territories in Australia. There are lots of projects along the coast to protect their habitat from feral animals and humans. Sadly many people choose to ignore signage and dogs often cause the birds to spend lengthy times away from their nests resulting in egg or chick loss. Unfortunately they also lose nests to tidal surges in storms, but everything is being done to give them a better future where possible. At St Helens the sea is close to the Poo Ponds (sewage works) and the birdlife is great! On our last visit we had great access to the area and observed many species at close range. White-fronted Chats were drinking along the edge of the ponds, but too quick to photograph…next time! There is some uncertainty as to whether we will get to visit this area due to recent floods, but we will try! As we drove around Tasmania on our last trip we came across many other travellers. Several people were attempting it on bicycle and the Tourism board have even taken the initiative of printing a special map for cyclists with all the inclines and declines marked on. As a cyclist I am not sure if that would make it more enjoyable, but then I don’t have hills in Broome….a slight slope on the beach is as bad as it gets! We saw this campervan and it’s alternative transport as we travelled around! Looking forward to sharing more with you when we get back from Tasmania! 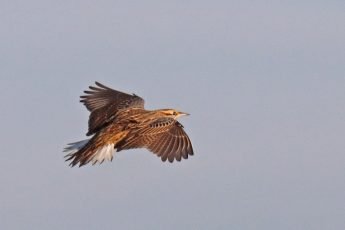 Best Bird of the Weekend (Third of October 2021)

« Previous post
When is a Pacific Hornero not a Pale-legged Hornero?
Next post »
Tennessee Crane Hunt Tabled for 2 Years!