September 14, 2018 by Tristan Lowery No Comments

The Northern Hemisphere hops harvest of 2018 is well underway.*  In my own small way, I’ve been busy this week doing my part in this annual tradition, handpicking the fragrant green cones off several twisted bines that spent the summer creeping up lines of twine in my yard. It’s a modest but no less rewarding effort compared to the massive global endeavor of hop harvesting, which sees the entire Northern Hemisphere crop picked and processed in a matter of weeks. (The increasingly important antipodal harvest, mostly in Australia, New Zealand, and South Africa, starts in February).

Fortunately for me and other hop growers, birds seem to have no interest hops (as do some birders, I’m sure!), instead turning their appetites on other crops used in the production of fermented beverages – namely fruits and grains. But, as with any agricultural work outdoors, I’ve found that hop picking is an excellent way to enjoy some relaxing and incidental birdwatching, in addition to its more obvious rewards. 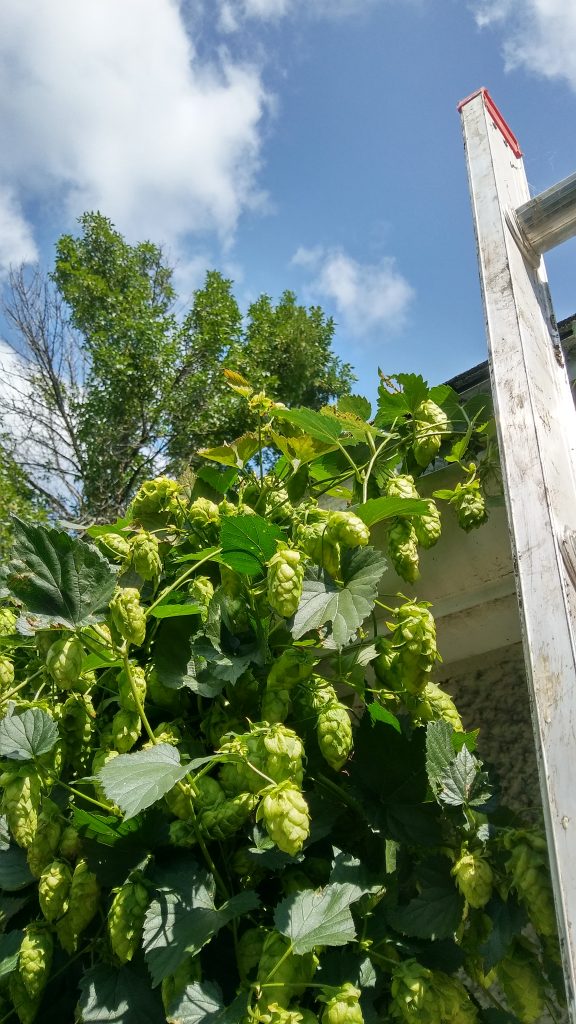 My view from the ladder.

As I’ve been harvesting hops after work this week, steadying myself on a ladder to reach the highest bines entwined around my gutters, dozens of Chimney Swifts twittered frantically overhead, issuing forth from unseen nest in the bowels of nearby buildings. These aeronautic insectivores are still plentiful in eastern New York, but they’ll soon depart for points south in just a few more days – right around the time the hop harvest ends. As I finished my labors each evening around sunset, I also kept my eyes peeled for a glimpse of a southbound Common Nighthawk, without any luck. 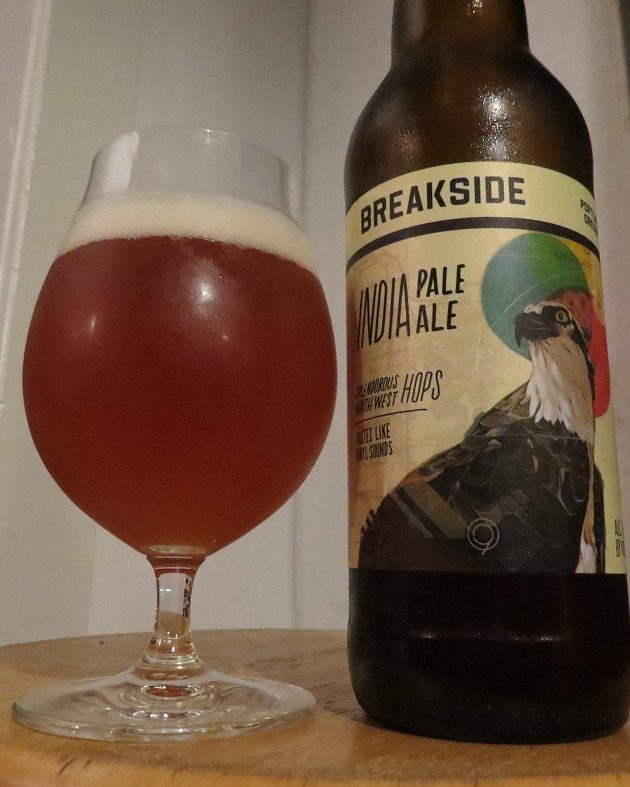 Put a bird on it, Portland.

As consolation for the lack of goatsucker flyovers, and as a reward for my labors, I reserved a 22-ounce “bomber” bottle of an excellent IPA brewed with some pungent West Coast hops to slake my post-harvest thirst. Breakside IPA is the flagship beer of the Breakside Brewery of Portland, Oregon, loaded with two popular northwestern hop varieties: the orangey and aptly-named Citra, and Chinook, an aggressively piney and spicy hop. The sleek bottle label art features a wonderful depiction of an Osprey by Portland muralist Blaine Fontana. There isn’t any connection between hops and Ospreys, and as far as I can tell, the cosmopolitan bird-of-prey has no associations with Portland in particular (Oregon’s state bird is actually the Western Meadowlark). But this isn’t the first time we’ve seen an Osprey adorning a West Coast IPA, and it certainly makes a striking mascot. 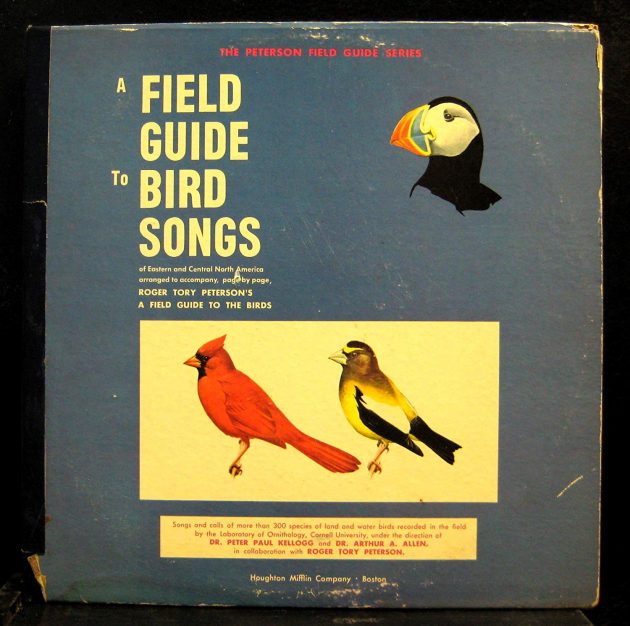 Breakside claims their IPA “tastes like vinyl sounds”. I can only hope this is what they had in mind.

Breakside IPA is a dark, burnished copper in the glass, with a beady, off-white head. A sharp, almost savory hop note in the nose hints at chive blossoms to start, before settling into a beguiling mix of fruity apricot and blueberry sweetness, woodsy hints of evergreen tips, and guava and tangerine over the top. Each sip begins with a dose of stonefruit esters, followed by a bright candy caramel sweetness, and ending with an invitingly dry and clean finish loaded with bittersweet marmalade and grapefruit pith. The palate is by turns both bracing and refreshing, with tropical hints of mango ice cream and deep, resinous pine flavors playing off each other throughout. All in all, Breakside IPA is a well-brewed showcase for the wonderful Pacific Northwest hops grown right in Portland’s backyard.

* The grape harvest is also taking place, but we’ll save that discussion for next week.

« Previous post
Where Are You Birding This Third Weekend of September 2018?
Next post »
“Understanding Animal Behaviour” by Rory Putman