This past Saturday was the Hudson Mohawk Bird Club’s Century Run, the annual event when teams of birders try to find as many birds as they possibly can in a single day. Some teams choose to focus on a single park, some a single county, some, like the team I was on, choose the whole region.

We assembled in the Five Rivers EEC parking lot at 1 am on Saturday morning. Our tenacious team consisted of me, Will and Danika, whom you’ve probably read about if you’ve visited this blog much, and Chad, a crack birder who hails from Columbia County. The plan was to walk the grounds of Five Rivers, for which we had received an after-hours permit, and hope to hear owls calling in the night.

Before we even had the chance to listen for owls we got our first bird of the count when a couple Canada Geese started honking from a distant pond. Our attempts to rustle up a screech owl failed and we walked deeper into the preserve towards locations where Great Horned Owls are known to be regular. Along the way we picked up two passerines that decided to sing, a Common Yellowthroat “whichitying” from some thick brush and a Field Sparrow whose bouncing ball imitation was first picked up on by Chad.

The Great Horned Owls failed to vocalize at the first usually good spot and we were pretty bummed out until Chad detected the “peent” of an American Woodcock. That buoyed us a bit but we were deflated when we left Five Rivers with no owls after an hour and a half of searching.

From Five Rivers we drove to Coeyman’s hoping to get the Whip-poor-will to magically call in the middle of the night even though no one in the group had had this particular bird calling more than an hour after dark. Not surprisingly, the bird failed to show. Will and I remembered our luck with Great Horned Owls at Danika’s parents’ house so we drove up the road a bit to where their back fields were only about a quarter mile away and tried the tape and got a response! Not the response we were expecting though: instead of the “hoo-hoo, hoo-hoo” we were hoping for we heard the insistent screeching sound of a young Great Horned Owl begging for food! We had no dead rodents to offer so we hurried on to try more locations for screech owls, none of which worked.

On to Lawson’s Lake to try for Barred and Eastern Screech-Owls and again be rebuffed. This forced us to cancel a second attempt at the Whip-poor-will for the long drive to Tubb’s Pond in Partridge Run SWMA in western Albany County where Chad unleashed his inner Barred Owl and quickly got a response. A half-hearted attempt at the only location Will and I had ever had a Saw-whet Owl was fruitless so we piled in the car for the ride to Black Creek Marsh.

At Black Creek Marsh we were struck with the psychological blow of being the second team there, behind the Albany County-only team led by Larry Alden, who practically lives in Black Creek Marsh. We were pleased though, with the haul of difficult marsh birds we picked up, including Sora, Virginia Rail, Common Moorhen, and two Least Bitterns that not only vocalized but flew for long enough that we all got a look! Even though we had failed to hear or see an American Bittern we figured we could always get one at Vischer Ferry in the evening. As the sun rose we felt we were doing well…

Come back tomorrow for the continuation of the Century Run Saga with Part 2: Scouting Pays Off. 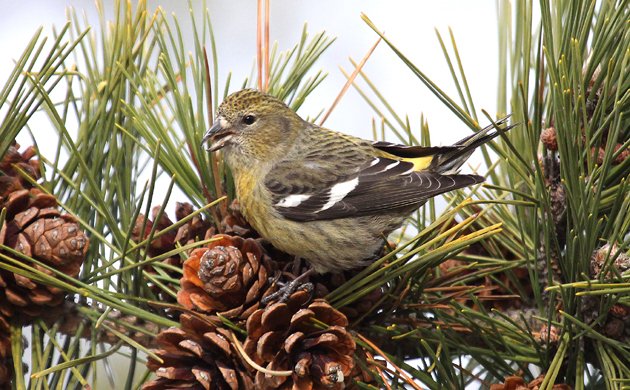