February 3, 2021 by Faraaz Abdool No Comments 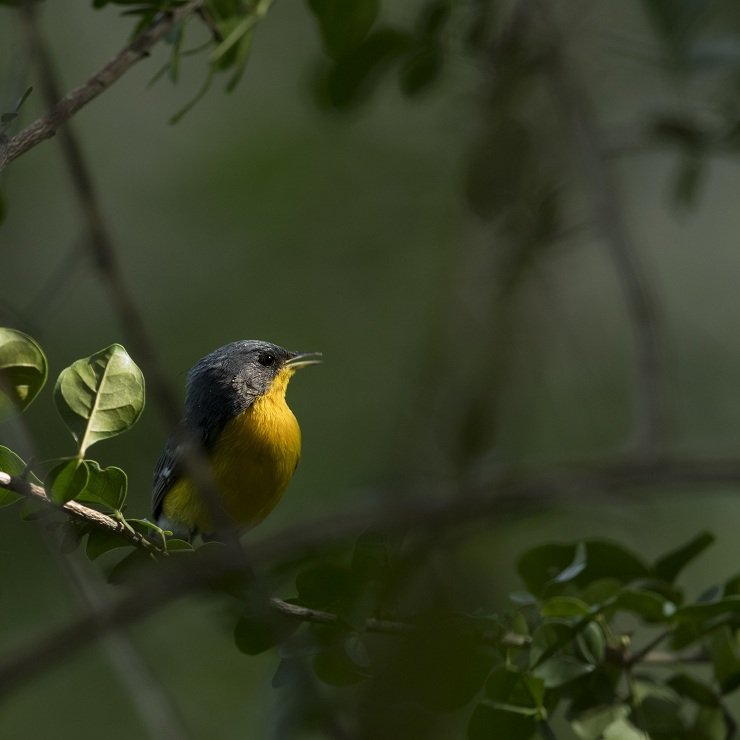 In contemplating a title for this blog post, I vacillated between historical and geological references. Then it hit me that the name of the island itself is rather exotic sounding. Chacachacare (pronounced shaka-shaka-reh) is the westernmost of the Bocas islands off the northwestern tip of Trinidad. Accessible by boat only, it takes about half an hour to get there from mainland Trinidad.

I must ashamedly admit that prior to this mission, I had never been birding on the island before. People do visit the island, often for hiking or camping. Some famous (and famously questionable) personalities have also visited in the past, names like Christopher Columbus and Donald Trump come to mind. Chacachacare was also the site of a US Army base, a leper colony, and before that, a whaling station.

Sure enough it was a place I always wanted to visit for birding, but things never fell into place. But I was set to virtually present about birding in T&T and suddenly the dearth of images and experience from the northwest corner of Trinidad became apparent.

Trinidad and Tobago has a wide array of different habitats, made possible by a unique rainfall distribution. The major driving force behind this mission was the fact that this rainfall pattern rendered the habitat on these tiny islands vastly different from anywhere else on Trinidad. In fact, the habitat on Chacachacare recalls that of the desert islands of the Netherlands Antilles. Strewn with cacti and dry forest, Chacachacare even has a natural saline pond!

Dry forest and succulents covered the landscape on Chacachacare.

We made landfall on the island just before dawn and were faced with an immediate decision: a steep 2 hour hike to a lighthouse or an undulating walk (also 2 hours) to the salt pond. With the knowledge that the birding is best at the bottom and at the very top with very little activity in-between, the unanimous decision was to make the trek to the salt ponds.

Walking along the beach and drifting sporadically into the dry forest, the first birds we heard were White-fringed Antwrens and Black-faced Grassquits – both are species not found on Trinidad but relatively common on Tobago. Tobago of course bears a closer geological relation to the aforementioned Netherlands Antilles than it does to Trinidad.

The White-fringed Antwrens were very accommodating – male (above), female (below)

An interesting species we managed to discern in the predawn light was a Bicolored Conebill foraging in some small trees along the shoreline. These tiny birds are listed as Near Threatened and are always a treat to see. A Common Black Hawk called loudly, making its presence known long before its hulking shape came into view. There were also several Yellow-headed Caracaras vocalizing.

The bird of the day was definitely this White Hawk!

We also spooked a roosting White-tailed Nightjar – T&T’s smallest nightjar – as we made our way along the trail. Chacachacare also has Rufous Nightjar recorded, but we didn’t manage to snag that species.

Didn’t get a picture of the nightjar as it flew past, but this is the trail 🙂

Along the way to the salt ponds the dry forest became rather quiet, punctuated by the occasional twittering of many Tropical Parulas. Views of this species on mainland Trinidad are typically followed by near debilitating neck pain as they are canopy-dwelling birds. On Chacachacare however, the shorter trees and steep gradient offered copious eye-level views of this lovely warbler.

There were also a few Brown-crested Flycatchers within the scrub vegetation, as well as the highest concentration of Northern Scrub Flycatchers I had ever seen. In fact, my only previous experience with the latter species was recording it via its vocalization on a CBC within a mangrove swamp on Trinidad.

Making ourselves comfortable on a small ridge overlooking the salt ponds, we had our sandwiches as we enjoyed views of a Northern Waterthrush and a small family of Bicolored Conebills working the vegetation. I nearly dropped my lunch for what I thought was a Mouse-colored Tyrannulet, but it turned out to be a juvenile Northern Scrub Flycatcher.

Female (above) and male (below) Bicolored Conebill.

By mid-morning it became so unbearably hot that hopes for all-day birding were dashed as quickly as the sweat on our brows evaporated. Facing a couple hours walk back to where we docked the boat, we slowly departed the salt ponds and retraced our steps.

A view of the salt pond in the middle of the frame. This, as well as all the other landscape pictures in this post are courtesy Joanne Husain and are reproduced with permission.

I was on the lookout especially for any sign of a Streaked Saltator – it would have been a lifer for me as it is not found anywhere else on T&T – but no luck on that end.

By the time we arrived back at where our journey began, the sun was overhead and we were all scurrying for shade. The large umbrella I carried for much of the walk (I eventually angrily tossed it into the bushes and retrieved it on our return journey) remained unopened, useless within the tangled vegetation. Even the lizards were keeping their feet off of the hot sand, alternating limbs in a comical manner.

Naturally, it rained furiously on the return journey – but when you’re on an open boat it is only advisable to open an umbrella if you wish to be whisked overboard.

We only managed 25 species in total (you can view the list here) but with relatively little birding being done on the island, I’m certain that there is ample room for improvement. I will definitely return to the island sometime soon and try my luck for that Streaked Saltator. 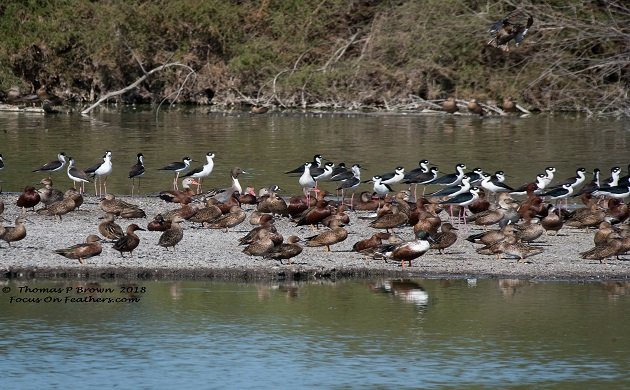 A short timers approach to birding