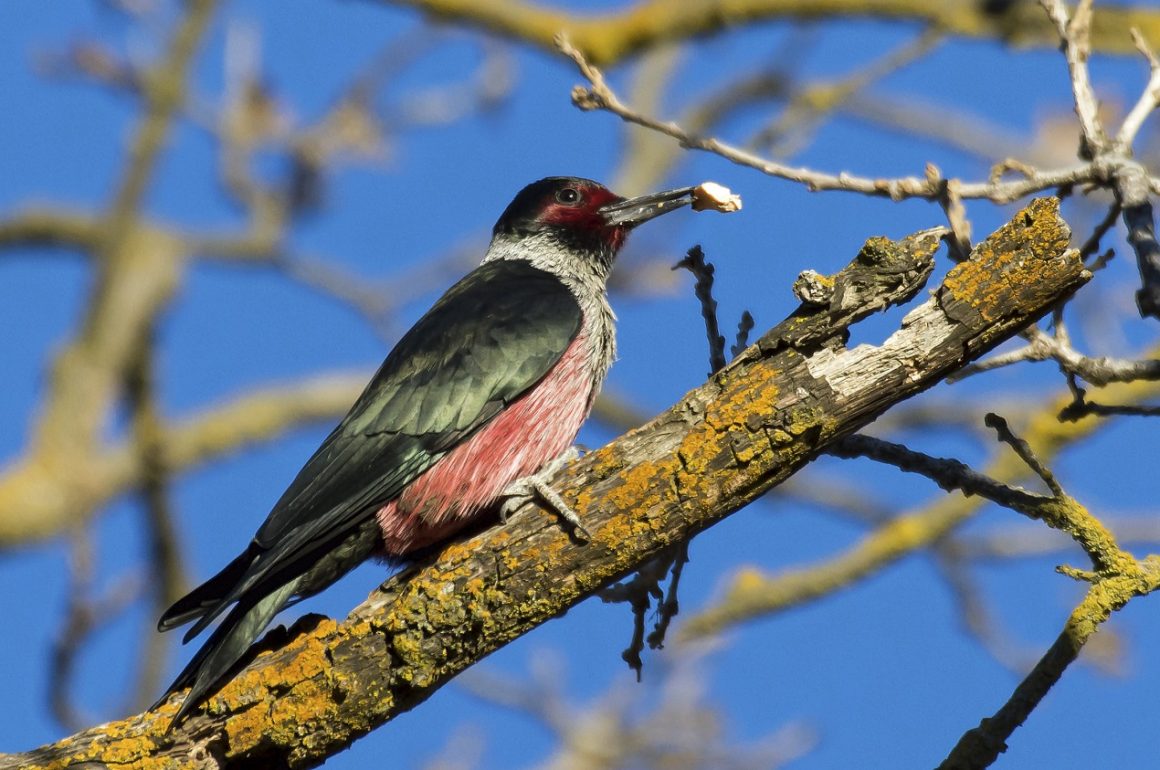 On April 16, 2021, the Diversity and Inclusion Committee of the American Ornithological Society (AOS), had a “Community Congress on English Bird Names” to discuss whether certain bird names should be changed and, if so, how quickly. One of the stated goals was to “understand diverse perspectives.”

The event was open to everyone, including those not members of the AOS, and it was recorded and placed on the group’s website and on YouTube. As I have previously written about this topic, I virtually “attended” the event. The views that follow are those of an interested layperson, not of a taxonomic expert.

There were many panelists, including prominent birders David Sibley, Kenn Kaufman, and American Birding Association president Jeff Gordon. Yet notwithstanding the large panel, there was unanimous agreement that most or all eponymous bird names should be changed. Although the panel was inclusive on some metrics, it was not diverse as to opinions on the actual topic.

In other words, despite a topic that has been divisive, there was no division.

For example, the panel (see below) included three members of the pro-change Bird Names for Birds group (more representation than the Cornell Lab of Ornithology, the National Audubon Society, and the U.S. Geological Survey), and not a single member of the AOS North American Classification Committee (NACC), which is charged with actually making decisions on bird names. 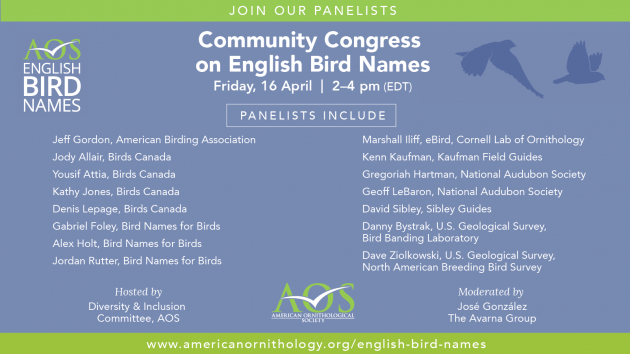 The guidelines that apply to name changes were barely discussed, nor was there any discussion of the process by which scores of names might be changed, or whether the NACC has the bandwidth to change dozens of bird names on top of its other work. There was only modest discussion of the significance of the stability of animal names (a universal goal in zoological nomenclature) or the potential impact of suddenly having multiple names for dozens of birds. In short, the discussion was long on aspiration but short on feasibility, practicality, and implementation.

For future sessions, the Diversity and Inclusion Committee would be well-served to find panelists that actually represent the spectrum of views on this subject. In other words, it should assemble a more diverse and inclusive panel. (This suggestion for the committee is not a criticism of the panelists, who were generally quite good. My suggestion to some panelists is to use headphones with a microphone for virtual conferences.)

Many panelists addressed how name changes might impact their work. Some indicated that there would be some disruption in their sub-field if many names changed, but most indicated that the inconvenience would be minor. For example, Danny Bystrak (Breeding Bird Survey) and Dave Ziolkowski (Bird Banding Lab) of the USGS indicated that changes would not have a substantial negative impact on their programs, and would be just a “minor annoyance.” Marshall Iliff said eBird databases can be easily re-coded, and, according to both David Sibley and Kenn Kaufman, it is surprisingly easy to change individual entries in field guides, and easier still to update apps.

However, there was little discussion about the far more numerous users of eBird and field guides. Although new printed editions might be accurate and relatively easy to produce, there would still be millions of people using field guides with potentially dozens of outdated names. Signage and websites would have to be updated, and there would certainly be confusion if Clark’s Grebe and Cooper’s Hawk suddenly have new names. Many four-letter banding codes would also have to go, as CLGR and COHA would make no sense if the names changed. There are surely costs to change.

I was surprised that Jeff Gordon seems to have stated that the ABA favors changing all names and do so all at once and doing it soon. He analogized the change to adding Hawaii to the ABA Area, which is puzzling since that modest change was preceded by years of debate, a membership referendum (in 2012), and a formal vote (in 2016). And it had a limited impact on most birders, whereas changing names would have a substantial impact on all birders. That hardly seems analogous to advocating for the abrupt change of 140 bird names without a referendum or even meaningful discussion. 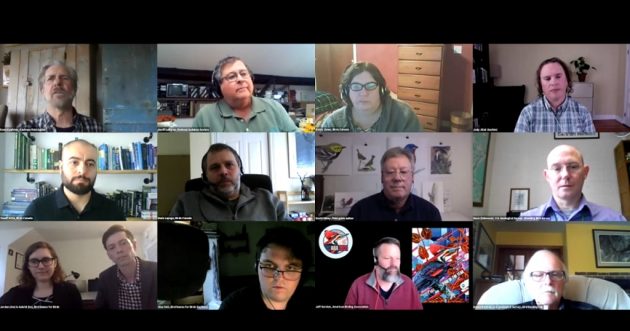 Given that most birders have to conduct research to determine whether a particular name is offensive (e.g., what about Leach’s Storm Petrel?), it seems likely that the impact of bird names on the inclusiveness of birding and ornithology is small. Moreover, bird names exist within a larger culture, so changing them might have limited impact. For example, Meriwether Lewis of Lewis and Clark Expedition fame, has been honored with the names of multiple U.S. counties, a university, a mountain range, a National Forest, a National Historical Park, a major military base, and three U.S. Navy ships. Under these circumstances, changing the name of the eponymous woodpecker would likely have an infinitesimal impact.

It also seems to me plausible that many of these names are now effectively “owned” by the birds. As indicated above, with few exceptions, most birders likely have to look up the namesakes for many birds that they can readily identify in the field. I just went to Wikipedia to learn that “Georg Wilhelm Steller (10 March 1709 – 14 November 1746) was a German botanist, zoologist, physician and explorer, who worked in Russia and is considered a pioneer of Alaskan natural history.” But I could already identify his eponymous jay.

It is also clear that some see this entire discussion as political correctness run rampant (e.g., a “paradigmatic case of performative wokeness”), and that issue ought to be addressed.

Discussions about issues such as these are worth having.

This is not to say that all names should be maintained. But there has to be some acknowledgement that there will be costs, at least in the form of mistakes and inconvenience, and that not all changes would have the same impact. Some names have issues, but many do not. Some are long-established and some are not. Some apply to common birds and others do not. Some species have taxonomy that is in flux while others are stable. These factors are surely relevant to whether a particular name should change.

On balance, my view is that the AOS committee should pick a dozen or so of the names with the most troublesome histories and change those first. We can then evaluate the impact of those changes on the ornithological and birding communities to see whether the impact is positive or negative. (Was there confusion that impacted data collection or research or birding? Is ornithology more inclusive? Did the process work?) Given that many of these names are well-established and have been around for decades, there is no reasonable argument that time is of the essence.

A dozen names could be more rapidly evaluated, and input sought more quickly, and replacement names devised, such that actual change could be implemented sooner, even if on a smaller scale. Changing 140 names would be an enormous task and it would be in addition to the work the NACC normally undertakes. Given the broad desire to consult a diverse group of stakeholders, anything faster seems wildly impractical anyhow.

Moreover, the NACC and the various stakeholder communities seem capable deciding what is and is not renamed, and, if renamed, when. Not all renaming decisions would incur the same cost, and a case-by-case analysis seems more appropriate that an unyielding categorical imperative. For example, renaming Cooper’s Hawk, which has more than 1.8 million observations on eBird, is surely more disruptive than changing Kittlitz’s Murrelet, which has fewer than 3,000. Note also that there are some eponymous sub-species (e.g., Harlan’s Hawk).

The Bird Names for Birds group (and others) have raised significant issues and they have done the birding community a service. As Marshall Iliff noted, it is now highly unlikely that there will be any new eponymous bird names and descriptive names are much more likely going forward. And that’s just a few years after Woodhouse’s Scrub-jay.

The debate will continue and the AOS discussion was a useful step. Change is already afoot.

Ruby-throated Hummingbirds at the Feeder