It’s not every day that one has a discussion about a spate of recent Common Raven Corvus corax sightings in one’s home borough.  It is even less common for such a conversation to lead to one of the participants claiming that not only are ravens common in his neighborhood but that they even nested there last year.  But that is the conversation I found myself in on Monday night at the New York City Butterfly Club meeting; it was a naturalist named Johnny Lawrenson who claimed the ravens were nesting near his house.  He gave exact directions and I decided I would check the location the next day.  I didn’t really have much hope of the birds being ravens, after all, North America’s largest corvid has never been recorded nesting anywhere in New York City or Long Island.

Tuesday was a bright and sunny day and I convinced Daisy that the best thing to do in the afternoon would be to take Desi for a walk to the purported nest site.  I left my camera home because I doubted there would be anything worth taking pictures of but I did bring my binoculars, you know, just in case.  It was a gorgeous day for a walk and we enjoyed our stroll in the sunshine.  We arrived at the given location and I had just leaned over the stroller to adjust Desi’s hat when Daisy said, “That’s a raven!”

Sure enough, the large black bird flying over was a raven, and, as if to confirm its identity, it uttered some deep, guttural croaks, a sound that crows never make.  A second raven then flew to the nest and landed and stayed put as if it were incubating.  Holy cow, a raven’s nest in Queens!  And my camera was home!

No worries.  Daisy let me out of the house again this morning and, after a detour to Forest Park to fill the feeders I headed back to the nest site where a raven was again on the nest. But wait, you say, that could be any kind of black bird.  How do we know it is not a crow?  Well, first off, don’t you trust me?  Of course not, and you have every right to be skeptical.  After all, an extraordinary claim, like a raven’s nest in Queens, requires extraordinary evidence.  And, just as I was taking my camera off of my scope to get some wide shots, the second raven flew in making a croaking noise unlike any I had ever heard a raven make before.  Before it even landed the bird on the nest took off and the second raven landed next to the nest. That image is cropped in an attempt to keep the location of the nest site relatively hidden.  And, of course, I quickly put the camera back on the scope to get better shots of the bird, just to remove any possible doubts as to what species is on the nest. The bird did some arranging with its beak, almost as if it was maybe turning over eggs (?) but quickly settled in and sat.  It did not leave the spot for the fifteen minutes I stayed and watched.

I can’t wait to see if the nesting is successful: be sure to check back here for updates! 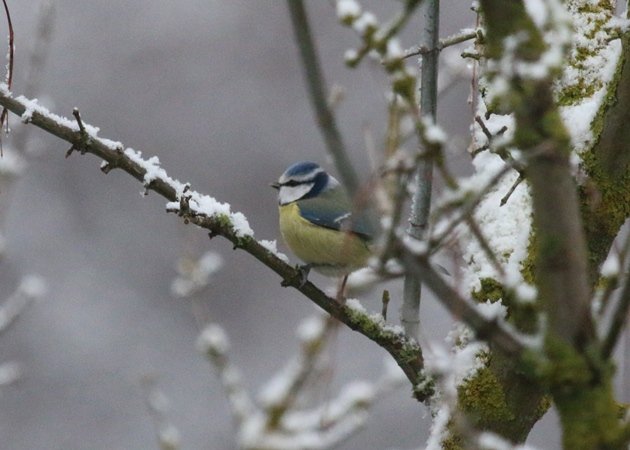 « Previous post
Where Are You Birding This Second Weekend of March 2010?
Next post »
Win a Birding Trip to Jamaica!