Could Radar Help Make Birdstrikes a Thing of the Past?

Birds and airplane compete for right-of-way at Sky Harbor Airport and Seaplane Base (image by Donald Emmerich, Wikimedia Commons)

For about as long as people have been flying planes, pilots of all type of aircraft have been experiencing birdstrikes. Sometimes the damage is little more than dented panel or cracked windshield. (The damage to the plane, that is. The damage to the bird in question tends toward the catastrophic.) Sometimes, the impact—literally and figuratively—is much, much more serious. Whither the solutions to this dangerous (for all parties involved) problem? Engineers, airport managers, and wildlife authorities have devised a number of strategies. But one that hasn’t been widely adopted, at least in the United States, is avian radar, according to a recent New York Times op-ed.

Hardcore birders already appreciate the value of radar. During migration periods, conventional radar systems can give birders a helpful heads’ up as to when and where birds are moving. But can these systems also work for pilots and air traffic controllers?

The article cites avian radar proponents in the Netherlands and Israel who suggest that this technology can be quite effective at reducing the risk of birdstrikes. Another researcher, from the University of Illinois, asserts that the bugs need to be worked out of these systems before they’re cleared for widespread use. But studies are underway, and Sea-Tac airport in Washington state reports progress in refining its avian radar system, with hopes for a full rollout next year. (For the nitty-gritty details of the project, click here.) In the meantime, next time you catch a flight, let’s hope the folks in the cockpit and the airport tower have their eyes on the skies.

(“Miracle on the Hudson” photo above by Greg L., Wikimedia Commons; bird movement on radar in Washington state from cliffmass.blogspot.com) 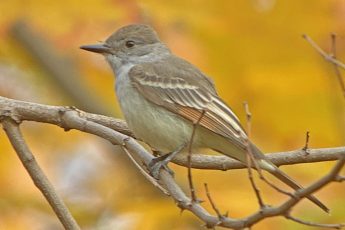 « Previous post
A Little Friarbird nest repair
Next post »
Where Are You Birding This First Weekend of November 2013?