One of the birds that birders visiting the Pacific Northwest most want to see is, of course, the Northwestern Crow, otherwise known as Corvus caurinus.  Slightly smaller on average than its American Crow kin, with a voice that David Sibley describes as “slightly lower-pitched and hoarser” though he also points out that the “American Crow from Pacific region sounds distinctly lower and hoarser than eastern birds.”  Sibley is also careful to say that the Northwestern Crow is not identifiable except by range.  It does not help that in addition to sounding lower and hoarser the American Crows in the northwest also tends to be a bit smaller than the average American Crow.

To add to the confusion, there is apparently a ton of hybridization going on between Northwestern and American Crows, especially in the vicinity of Puget Sound.  Eugene Hunn, author of Birding in Seattle and King County: Site Guide and Annotated List, and crow-lumping partisan, has an interesting perspective on the crow situation in the Puget Sound region:

Avid birders from all across the country are attracted to the Northwest in hopes of adding the “NORTHWESTERN CROW” to their life lists.  They rarely leave disappointed since they find that our crows indeed sound different from those back home and some at least look smaller.  According to the books there are two crows here, the eclectic AMERICAN CROW and the beach-loving Northwestern Crow, on the model of the FISH CROW of the Atlantic Coast. This I call the “Myth of Two Crows.” After nine years of searching I’ve found but one crow, the “Puget Sound Crow.”  It is variable in size, vocal pattern, and habitat preference, and it bridges that gap between the western race of the American Crow and the smaller “Northwestern Crow,” a race adapted to the narrow coastal strip which stretches from the Olympic Peninsula to southern Alaska. A crow in Seattle’s Myrtle Edwards Park that might be an American Crow.  How sure am I?  Not at all.

Never having experienced such a situation with the black corvids as they have in the northwest  because I come from New York where all you have to do is listen for a crow to call to easily tell the hoarse “caw” of the American Crow from the nasally “caa” of the Fish Crow, I was rather surprised to be unable to identify a calling bird that stood a few feet from me in Seattle.  It didn’t sound like an eastern American Crow but it wasn’t supposed to.  It seemed small but when a slightly larger bird flew in and called with what sounded like essentially the same voice I was completely flummoxed.  This is why you can not count a Northwestern Crow in Seattle.  There is simply no way to tell the species apart, even at close range, even with them calling. According to Chris C. Fisher, author of Birds of Seattle and Puget Sound, “The birds themselves refuse to discriminate, and most crows flying around Seattle likely resulted from a certain amount of hybridization.”

A young crow in Seattle’s Volunteer Park.  Is it a hybrid?  Who knows?

The rule of thumbs seems to be that in Washington State, until you get out to the Olympic Peninsula you can’t be sure that the birds you are seeing aren’t small American Crows or a hybrid. But even on the Olympic Peninsula American Crows are possible, though Northwestern Crows are more likely.  And it was on the Olympic Peninsula, in Port Townsend, when I got my first for sure, countable, Northwestern Crow.  While eating seafood on the deck of a waterside restaurant a crow flew down to a railing and started searching for scraps before a waitress shooed it away from the restaurant.  Quite a few other crows would cross my field of view in Port Townsend, and they did remind me of Fish Crows in the way they foraged the wrack line. Are Northwestern Crows a true species?  It will take a better birder than me to figure that out.  I will say that it was fun learning about them and even if they are someday determined to be “only” a subspecies they are still worth seeking out and observing, even if they don’t count as a number on a list. 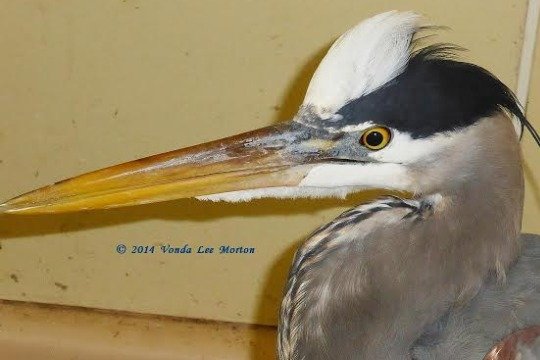