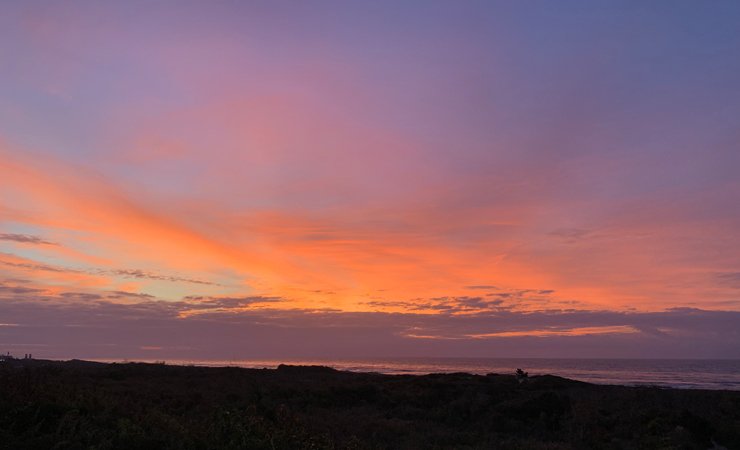 This past Saturday, 09 October 2021, was the Eighth Annual Queens County Bird Club Big Sit. As regular readers of 10,000 Birds know, the Big Sit is my favorite birding event of the year, narrowly edging out the Christmas Bird Count. As always, we held our sit high atop Battery Harris at Fort Tilden on the Rockaway Peninsula in Queens. This vantage point is advantageous in that we can see the ocean, we can see the bay, and, when the winds are right, we can see migrants streaming through.

Sadly, on Saturday the winds weren’t right. They started out of the northeast and shifted around gradually to the southeast as they got stronger throughout the day. Ideally, we want northwest winds but anything between north and west is generally alright. Easterly winds don’t bring migrating birds to the coast but we had high hopes they would bring seabirds in from the open ocean to make up for the lack of migrating land birds. Did they? What kind of question is that? You know you have to keep reading to find out!

As always, I was first to the platform and I started the checklist at 5:33 AM. My lonely vigil was nearly bereft of bird life: I heard no migrating birds calling from above, no shorebirds out on the beach, and the loudest sound, other than airplanes periodically coming in to land at JFK Airport, was literally crickets. Finally, exactly forty-one minutes after the count began, I heard a Herring Gull do its long call from the beach. Readers, I do not think it is necessary to tell you that I did not wake up hours before dawn to hear a Herring Gull. Fortunately, a few minutes later a Great Horned Owl pair did a duet for me from somewhere west of the platform and that was worth having gotten up while most people were still sound asleep. 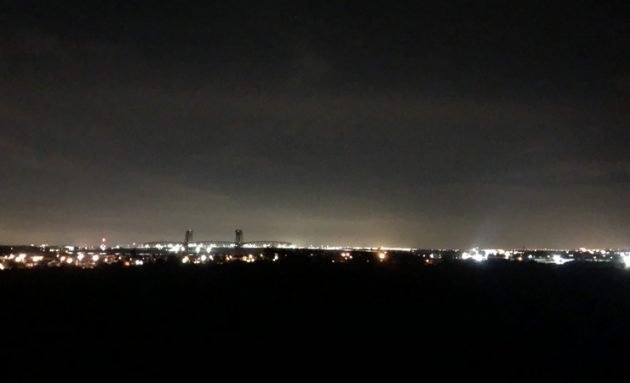 It’s lonely in the dark with no birds to keep you company.

Birds started to awaken one by one. Eastern Towhee “che-winking,” Northern Cardinals with their sharp chip note, a White-throated Sparrow singing twice, American Robins “tut-tut-tutting,” and on the morning went. Ryan Serio, the King of Charles Memorial Park, was surprisingly the first birder to arrive, as Matthieu Benoit was delayed a bit from his usual early arrival. His delay would cost him too, as Ryan and I were treated to a fly-by Red-headed Woodpecker, only the second time we’ve had one on the count!

But Matthieu arrived eventually and we kept adding birds. A pair of flyover American Black Ducks, a flock of Green-winged Teal winging west way out over the ocean, and surprisingly, all  three of our expected falcon species were all seen relatively early in the morning. The birders kept coming too! Marcia, Donna, Meryl, Mack, Ian, Eric, Justin, Matt, and others who I will have to be forgiven for forgetting to mention all put some serious effort into adding birds to our list.

But it was a tough slog. After the early morning commuting landbirds stopped flying there wasn’t much in the air to keep us entertained. We scanned the ocean. We scanned the bay. We scanned the sky. After ten the new birds slowed to a trickle. A massive highlight was when some birders were noticed on the beach from the platform and that led to us noticing two Whimbrel that they were looking at the fortuitously flew off the beach and over the ocean, allowing us to see them despite the dune scrub that has grown taller over the years that obscures our view of much of the actual beach. Whimbrel was new for the count and would be our only write in bird of the day.

A large number of Tree Swallows that spent the day flying up and down the peninsula kept us busy at times trying to pick something out from among them but our efforts only paid off once when a Chimney Swift appeared. Almost every other bird that appeared in the air was a Yellow-rumped Warbler, a Northern Flicker, or an Osprey. It was seriously slow going. 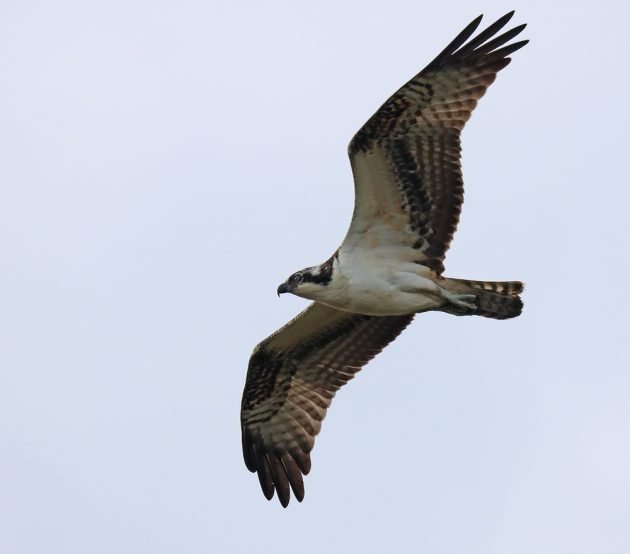 Osprey are nice but after awhile you wish one would be a different species.

I was keeping a worried eye on our list of never-missed species, which is relatively short because we had a very bad year in 2016 when rain washed out our efforts early. We managed to get almost all of them and when I picked up Black-bellied Plover I figured we had saved all of our never-missed because we only had Downy Woodpecker left to save. But despite seeing the Red-headed Woodpecker and more Northern Flickers than anyone wanted to see we could not get a downy. Now we are down to thirty-three species that we have never missed in the eight years of our count. Farewell, Downy Woodpecker. Please come back next year.

At shortly after eleven we were stuck at sixty species and could not find anything. It was three hours before our slump broke and even then we were still struggling. Late in the afternoon a trio of Brooklyn birders arrived with fresh eyes and hope. Mike, Heydi, and Ryan gave us a shot of energy when we needed it and we quickly added Black Skimmer and White-winged Scoter thanks to their scanning of distant birds.

But it was a Brooklyn birder who wasn’t even on the platform who helped us absurdly get Dunlin for the second time in the history of our count. Tripper was way over at Plumb Beach, visible from the platform and we often pick up big, boldly patterned birds like American Oystercatcher there with our scopes. We managed to identify Tripper and I asked him what he was seeing at the moment and the only bird he was seeing that we still needed for the day was a Dunlin. Now, according to Sibley, Dunlin are eight-and-half-inches long. And, according to Google maps, this particular Dunlin was just shy of two miles away from us. Most importantly, according to Big Sit rules, those at the Big Sit location don’t have to actually identify the birds they see from where the Big Sit is, they just have to see them. So Tripper carefully directed me over the phone to where the Dunlin was and Ryan Mandelbaum, one of the trio of Brooklynites, claimed he could see a dot on the beach where the bird was. As you can imagine, this created quite the controversy with everyone on the platform. After all, how could we say that the dot that Ryan was looking at was definitely the Dunlin that, remember, was less than nine inches long and almost two miles away? Fortunately for everyone involved, Ryan asked if I could ask Tripper if the bird had walked away from Tripper and then taken wing. I had since hung up the phone with Tripper but texted him and asked and he replied in the affirmative. Dunlin at 10,000 feet! Absurd! And bird number sixty-five for the day!

We would add only Common Grackle after that despite the winds from the southeast getting stronger and stronger. The seabirds we were hoping for never blew in and eventually we packed it in, tired but unbeaten, knowing we had found as many birds as could be expected on such a day. Sure, it was one of our worst species counts since the inaugural QCBC Big Sit, but if we haven’t used every trick we had learned over the years the numbers would have been much, much worse. Wait until next year! 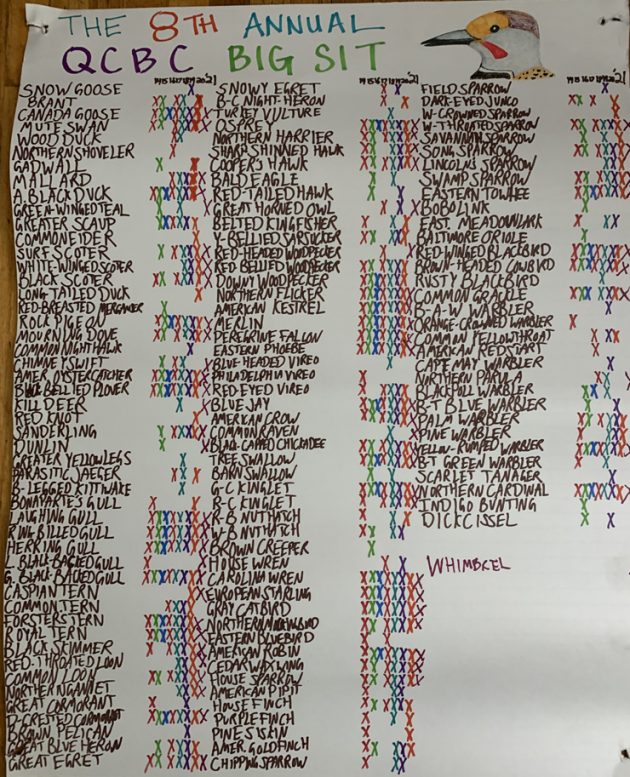 Our checklist for this year, which also shows the cumulative count is now up to 131 species.

We did manage to get five species for only the second time: Red-headed Woodpecker, Killdeer, Lesser Black-backed Gull, Dunlin, and Common Raven. But only have one species of heron, two wood-warblers, and no finches was too much for us to overcome and get into count-average territory. If you want to see the the eBird checklist, it is here. And if you want to join us next year, we’ll be on the Battery Harris Platform on the second Saturday in October unless the weather is absolutely horrific, in which case we’ll be there the next day. Hope to see you out there!