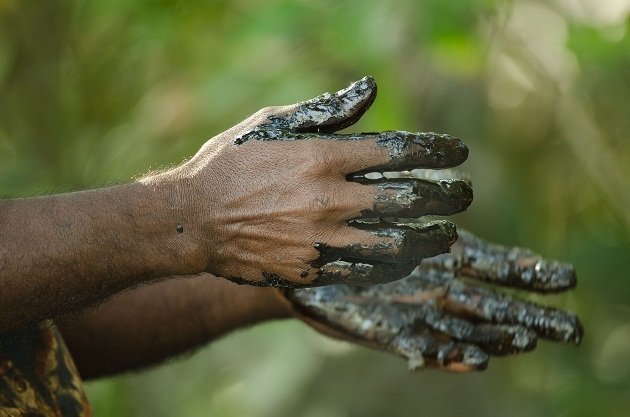 I dreamed of birding the Sundarbans delta – roughly the size of Connecticut or Cyprus – ever since my very dear friends Tim and Hanna Balke told me a story of their visit to these swamps where the Ganges, Brahmaputra, and Mehgna rivers converge in the Bengal basin. Due to the Ganges floods, their planned weekend of sailing through the labyrinth of channels turned into a week-long stay among about 270 Tigers, according to the 2011 census – the last population inhabiting mangroves and one of the highest concentrations anywhere on the planet! Add 315 bird species, 42 species of mammals – including Vulnerable Irrawaddy and Endangered Ganges River Dolphins, 61 amphibians and reptiles – including Estuarine Crocodile, at least 150 species of commercially important fish and 334 plant species to the picture. And tell me now – don’t you share my dream? Children of fishermen who were helping with the cleaning started to fall sick. Photo (c) by Arati Kumar-Rao

I know you do. Now, add an oil spill into that picture. On December 9th, a tanker slammed into another vessel inside the Chandpai dolphin sanctuary in the Sundarbans in Bangladesh. The tanker sank, spilling an estimated 350,000 litres / 75,000 gallons of fuel oil into waterways that support the largest known concentrations of three threatened waterbirds, Spotted Greenshank Tringa guttifer, Spoon-billed Sandpiper Eurynorhynchus pygmeus and Indian Skimmer Rynchops albicollis, as well as the threatened Baer’s Pochard Aythya baeri and Pallas’s Fish-eagle Haliaeetus leucoryphus. To top them all, the Sundarbans holds one of the last populations of the Endangered Masked Finfoot Heliopais personatus and was considered a safe stronghold of this highly threatened species (source). Still, something is missing from this picture. Yes – almost a million Bangladeshis are likely to be affected by this accident. The worst hit are those who make their living off the forests and rivers, where the crabs and fish are now dying. And more than 80 percent of the animal protein in the Bangladeshi diet comes from fish, generally of freshwater varieties. The crabs and fish are not only staples of the local people, but also of the Masked Finfoot and dolphins. The first bloated dolphin cadaver has already been recorded some 25km from where the tanker capsized (source). How are the local people dealing with this unprecedented disaster? Apart from the ecological devastation, indigenous fisherman are facing a dire health hazard. They are working to clean up oil without protection and the children are falling sick. “Local children and youngsters begun removing the already spilled oil using kitchen utensils like bowls, plates, and other cooking pots,” Mohammad Tanzimuddin Khan, a professor at Dhaka University, told mongabay.com. ‘They are doing it bare-handed without any protective gear.’ In addition to kitchen utensils, locals have been seen ‘cleaning’ up the spill with sponges and shovels” (source). A crocodile coated in heavy fuel oil, about 15-20 km from the spill site. Photo (c) by Arati Kumar-Rao

The local government clearly has little idea how, and even less capacity, to deal with the spill. Still, Bangladesh is considered a rapidly growing market-based economy and one of the world’s leading exporters of fish and seafood, the industry that is likely to be hit by this accident, slowing the country’s growth. Shrimp in the wild are associated with mangrove estuaries that provide the spawning grounds for both shrimp and fish. Also, the mangrove forests are the single largest source of forest produce in the country. They provide raw materials for wood based industries and contribute about 41% of total forest revenue and account for about 45% of all timber and fuel wood output of the country. The forest also acts as a buffer to protect the coastline against cyclones and rising sea tides.

But the providing mangroves are threatened by oil, too. They have specialised root-like structures which stick up out of the soil like straws for breathing. When those roots are coated in oil, it could damage and even kill some of the trees. Brian D. Smith and Rubaiyat Mansur, experts at the Wildlife Conservation Society, predict the die-off of small mangrove trees near the waterline in the next few months and larger trees in the next few years or longer, especially if trees become re-exposed to oil seeping out of sediments (source). And now, the big picture: the Sundarbans is not only a Ramsar wetland, but a UNESCO World Heritage Site, too. Bangladesh is doing all it can. The question in my mind is, what will the World do about the heritage of the entire mankind? * The majority of info without the source mentioned comes from Wikipedia.

There are many ways that you can be involved to help tackle the devastation: Save the Sundarbans
Find out more – the very best in-depth coverage of this issue I have read and cited: Mongabay
Also recommended: National Geographic 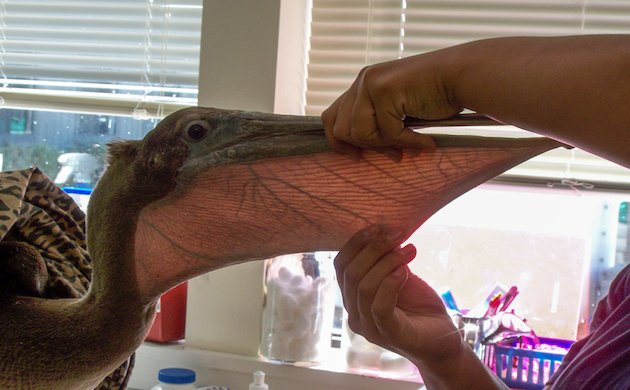