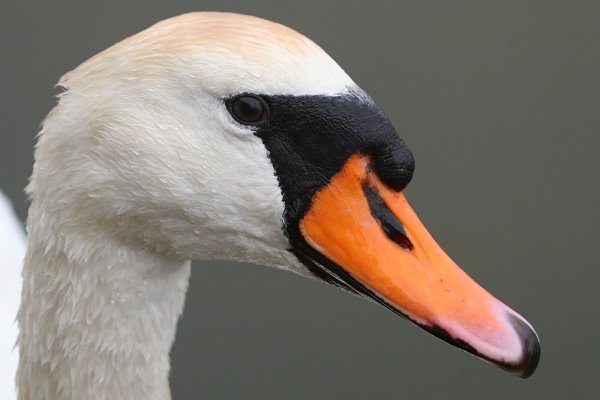 (All respectable publications should have their holiday traditions. This evergreen post, first written in 2004, has become a 10,000 Birds staple. Merry Christmas!)

Everybody knows the Christmas carol, “The Twelve Days of Christmas.” Easily the most endless song this side of “99 Bottles of Beer,” this old chestnut has simultaneously delighted and horrified holiday celebrants for centuries. Of particular note is the song’s emphasis on avifauna. No Christmas carol features birds as prominently as this one. To the birder, this begs the question: what species of birds appear in the Twelve Days of Christmas?

The origins of this venerable whimsy are, as so many things more than a century old, shrouded in mystery. A popular bit of religious propaganda making the rounds posits that this song is a “catechism song” written to help young Catholics learn the tenets of their faith. The partridge in a pear tree is said to represent the Christ Himself, and each other gift has a numerological equivalent in Catholic doctrine. The good folk at Snopes.com refute this myth and assert the secular nature of the Twelve Days of Christmas. Still, although we know that this song is old, dating back to the 17th century or earlier, it’s true origin is unclear. Perhaps a French love ballad or maybe an English drinking song, this carol makes one thing perfectly clear: birds make festive Christmas gifts!

On the first day of Christmas my true love sent to me: A Partridge in a Pear Tree
The partridge, a member of the pheasant family, has been a traditional game bird in England for centuries. The plump, hen-like bird perched precariously in the pear tree is probably a Grey Partridge (Perdix perdix). 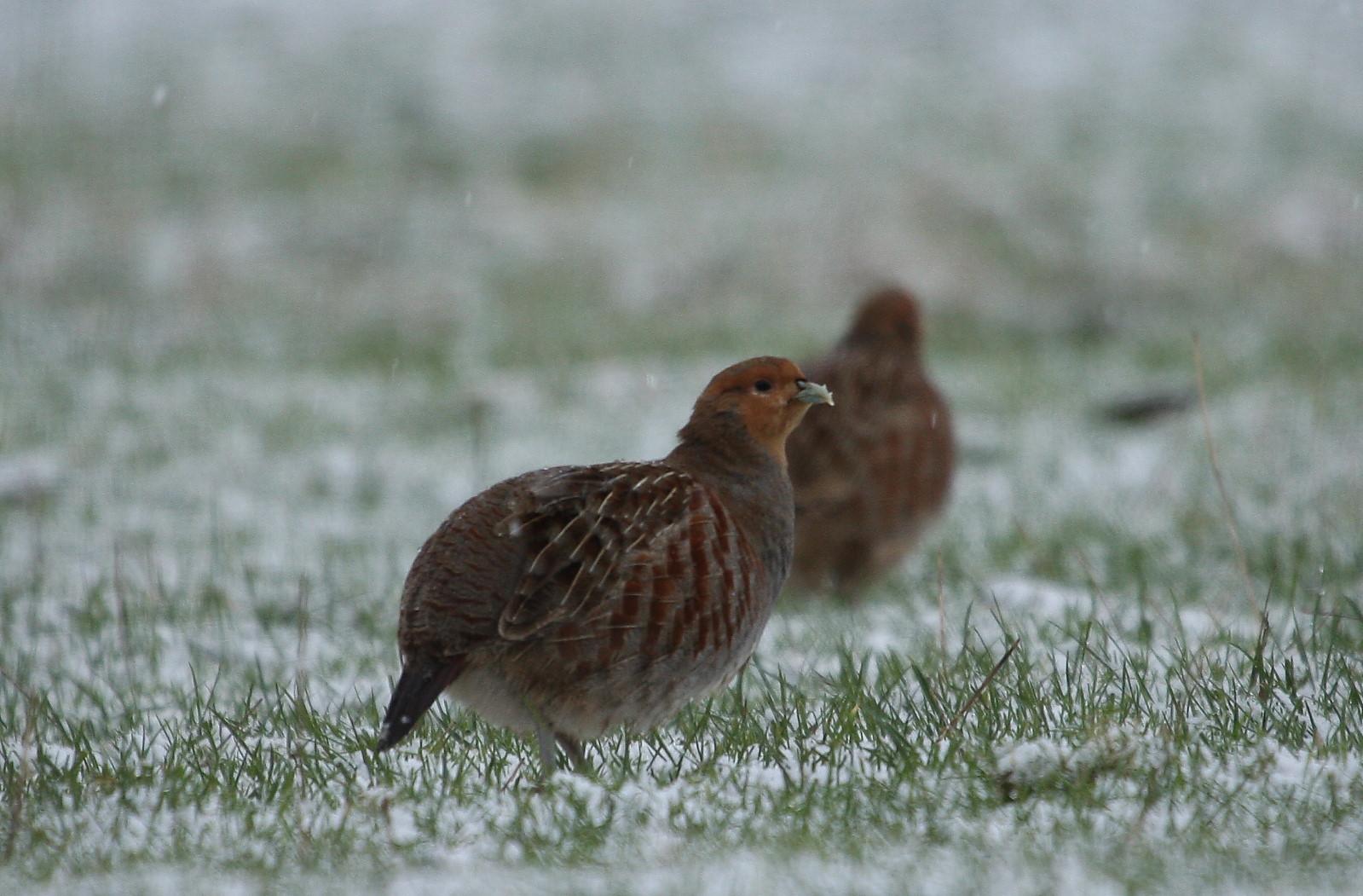 On the second day of Christmas my true love sent to me: Two Turtle Doves
The Turtle Dove (Streptopelia turtur) is a common summer visitor to England. It is a dainty dove, smaller and darker than most other pigeons.

On the third day of Christmas my true love sent to me: Three French Hens
Exhaustive inquiry turned up nothing about the distinctive qualities of Gallic galliforms. This gift is no doubt one of fancy domesticated chickens (Gallus gallus domesticus) from France, cooked perhaps in the Parisian style. On the fourth day of Christmas my true love sent to me: Four Calling Birds
One usually interprets “calling bird” to mean “song bird.” This could refer to any of the passerines, though most likely a canary or similar caged exotic. However, in this case, a bit of research paid off. It is widely accepted that the original gift was one of four “colly birds,” not four “calling birds.” The word colly means “black as coal.” Thus, the gift on the fourth day could be none other than the Common Blackbird (Turdus merula), ubiquitous in the UK. This discovery seems rather unappetizing in light of the realization that these gifts are meant to be enjoyed in a gustatory fashion. Suddenly, that bit about “four-and-twenty blackbirds baked in a pie” seems way too literal for my modern tastes. Common Blackbird chomping on a newt by Redgannet

On the fifth day of Christmas my true love sent to me: Five Golden Rings
This is another case where a literal reading of the verse obscures its true meaning. Why would the benefactor in this ballad vacillate from birds to jewelry to birds again? Another interpretation of this line introduces consistency to the offerings. The golden rings are actually ring-necked birds. Common (Ring-necked) Pheasants (Phasianus colchicus) were introduced to England from China and other parts of Asia in medieval times. Like so many of the birds of that era, pheasants were yet another source of sustenance.

On the sixth day of Christmas my true love sent to me: Six Geese-a-Laying
This line does not require inference or imagination to understand. The geese in question are probably domesticated, so we can cover our bets with the Greylag Goose (Anser anser), the ancestor of most domesticated geese. The Greylag Goose is a large, bulky native of the United Kingdom.

On the seventh day of Christmas my true love sent to me: Seven Swans-a-Swimming
At this point, the gifts seem to turn from edible to ornamental, since I’m not sure that any generation has come up with a decent recipe for swan. The graceful, white waterbirds meant to thrill the recipient of this yule bounty is probably none other than the bane of the Chesapeake watershed, the Mute Swan (Cygnus olor). This super-competitor, the bird that launched the Migratory Bird Treaty Reform Act of 2004, is a Eurasian endemic and as lovely a swimmer as one is likely to find. 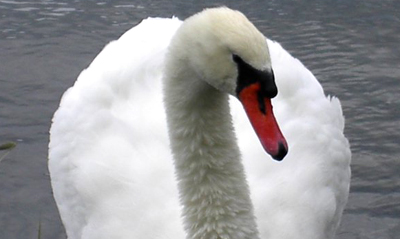 The rest of the song, with its lords-a-leaping and maids-a-milking, is inconsequential from an ornithological perspective and irritating from an aesthetic one. Those first seven verses, on the other hand, offer an astonishing insight into the extravagant gifting conventions and ravenous appetite for bird flesh in England during the Baroque era.

In the interest of completeness, we would be remiss if we didn’t point out that The Twelve Days Of Christmas hardly represent the full sum of birds connected to this cherished holiday. In addition to the birds turned up during traditional Christmas Bird Counts, a number of species from two different Christmas Islands have been gifted with improbably festive names… Happy Holidays from all of us!!