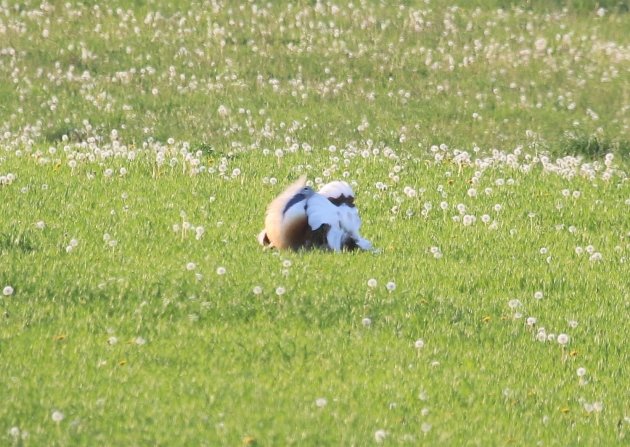 Birds wanting to make more birds often do crazy stuff, and birders are well accustomed to encountering splendid plumage features, impossible feather structures, crazy dances, mad calls and complex songs on the birds they watch. I will therefore refrain from using superlatives to describe the courtship ritual of the male Great Bustard since the evaluation of what is better than the rest is such a subjective matter. However, I do believe that the display of the male Great Bustard is quite possibly unique in the avian world since it entails a complete transformation of the bird’s appearance. This change in appearance reaches a point where you not only scarcely recognise the wannabe groom as a Great Bustard, you’ll even have difficulties recognising it as a bird in the first place. In fact – and I am not making this up – I was very upset on my first visit to the Great Bustards in Germany when glancing with naked eyes over the meadows, I noticed a few large white pieces of plastic garbage that the wind had apparently blown into the nature reserve and I angrily thought that someone really should go remove them. Turns out it wasn’t garbage after all, it was my quarry of the day. And this happened even though I perfectly knew what to expect. 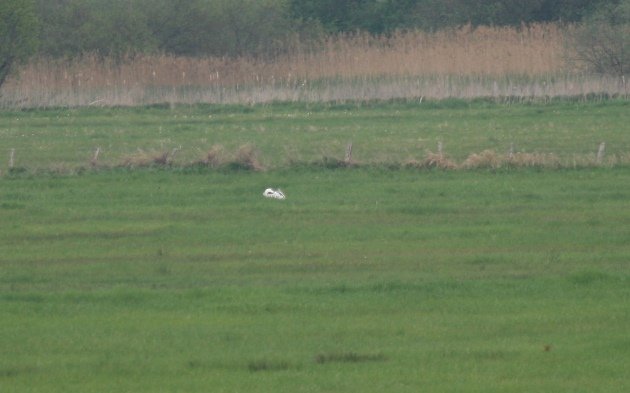 To some birders, this is a large piece of white plastic garbage that the wind had blown into a nature reserve.

Therefore, I thought I should follow up on my last post on where and how to see Great Bustards in Germany with a short post showing their display ritual. Just in case you need additional persuasion to finally book a flight to Berlin…

The display of a male Great Bustard on lek can be divided into three phases, comprising neck, tail and wings:

This may sound complicated, but honestly, it is. Therefore, and since I am certain that knowing exactly how this works will make you a better birder, I have decided to illustrate the process in a series of pictures I took here in Germany at the Havelländisches Luch, again heavily cropped because … you know … conservation. I’m glad Germany managed to hold on to some of her large white chunks of plastic garbage. The meadows just wouldn’t be the same without ’em… 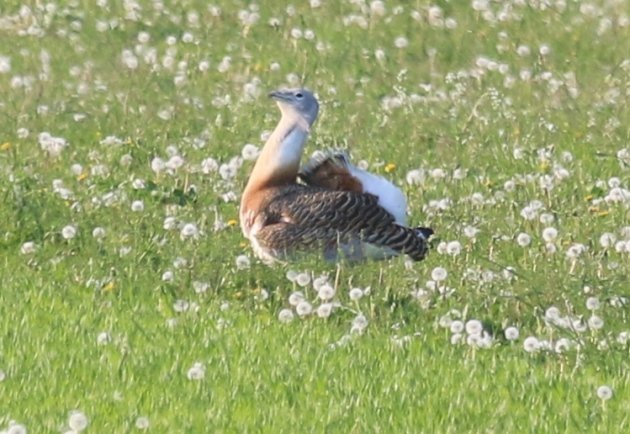 This is usually their starting position. The tail is often held slightly cocked throughout the day even when they are not primarily looking to impress the ladies but to catch some insects instead. 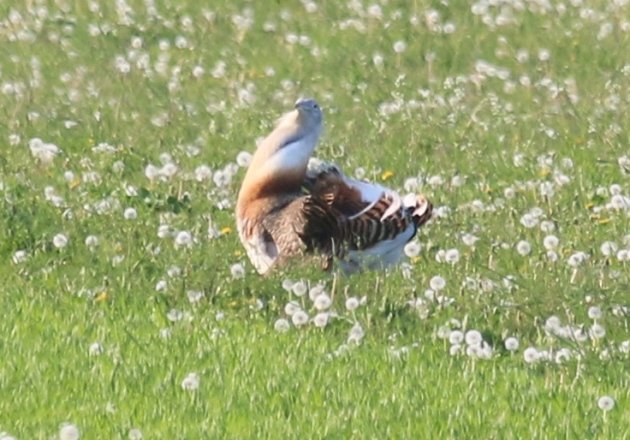 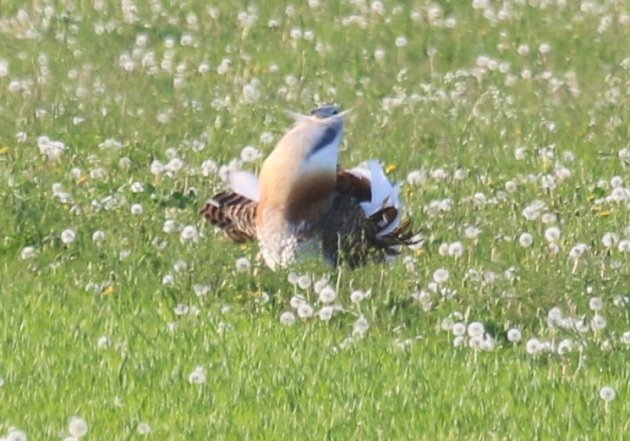 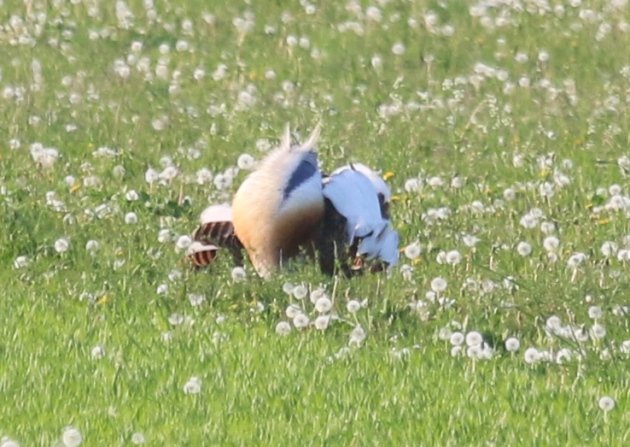 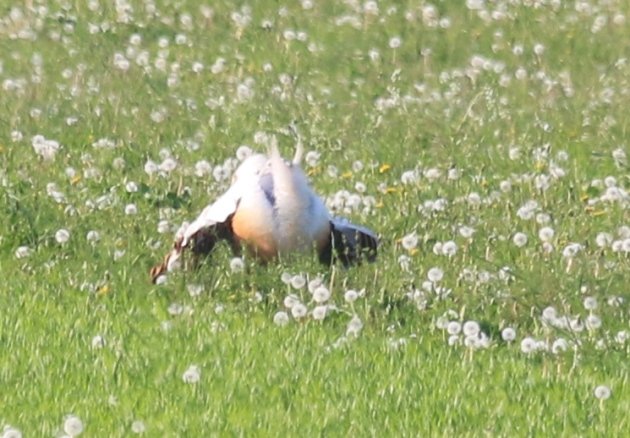 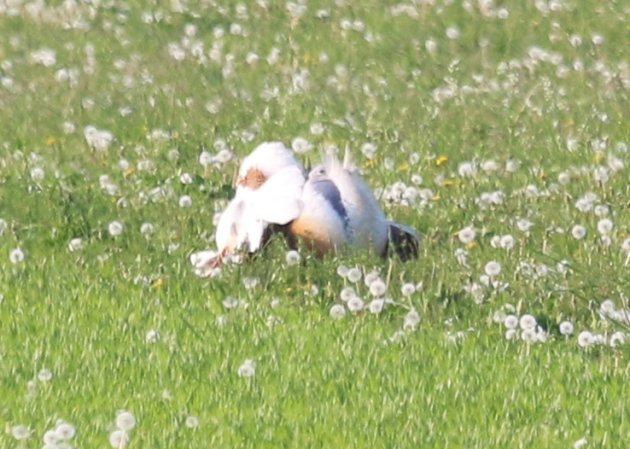 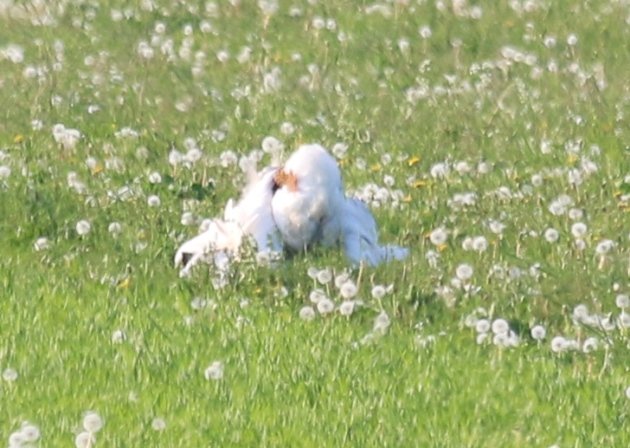 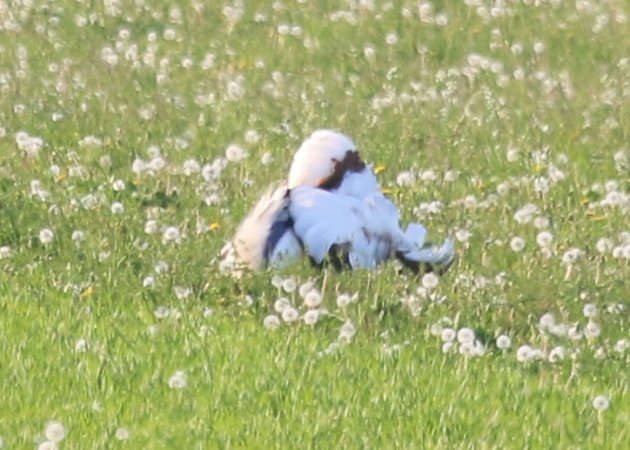 « Previous post
Best Bird of the Weekend (Third of September 2016)
Next post »
Magpie Goose eaten by a crocodile!