So attentive readers may have noticed that there are quite a lot of Snowy Owls in the eastern US this year. In contrast, Montana is a bit short on the big white guys. So, having come out to the Olde Homestead for the holidays, I decided to try to get my eyes on one.

At first, things did not go so well. By ‘at first’ I mean ‘while my plane was landing at the Buffalo airport’, where an excited chatter arose from passengers on the other side of the plane once they disembarked — several of them had spotted a Snowy Owl perched on a small post alongside the runway. I was already pretty sour because numerous delays had resulted in my spending the night in O’Hare, and this did not improve my mood any.

Happily, my mom was on board with my desire to find a Snowy Owl. Many of my siblings claimed to be as well, but ultimately it was just me and Mom when push came to shove — apparently SOME PEOPLE left their Christmas shopping to the last minute. We drove out to Batavia, New York, where eight Snowy Owls have been reported at the small airport two days earlier.

We arrived in a flurry, and scanned the runways to no avail. But I had a feeling that the birds wouldn’t have gone far. And sure enough, as we cruised around the perimeter of the airport, Mom spotted an unusual lump on one of the short light poles in the field opposite – a lump that soon turned its head to reveal a pair of yellow eyes. Our Snowy Owl was distant and darkly-barred, surprisingly hard to see, but nevertheless a year bird for both of us.

This glimpse, though, merely whetted Mom’s appetite. We drove to several other likely spots in Batavia, including the Genesee Community College campus, and found no more Snowies. But the Olde Homestead itself has many open fields — so on Boxing Day we set out on a walk, to see if we could get a Snowy Owl of our very own.

The walk started out quiet, with little to show but a handful of Mourning Doves as we scanned the stubbly fields and tripped on the frozen ruts of the lanes. We were more than a mile into our journey when we spotted a flock of birds bouncing from branch to branch in a narrow strip of trees between two fields.

Obviously they weren’t Snowy Owls, but at least they were something. And when I got my binoculars on them, I was surprised to discover that the something they were was Eastern Bluebirds.

There were five of them, three of which were surprisingly bright males, in company with several Cedar Waxwings. With snow everywhere, I scanned the vicinity for likely-looking berry bushes, but what they were feeding on in that spot remains a mystery. Less surprising were the Black-capped Chickadees and Tufted Titmice, to say nothing of the Pileated Woodpecker who winged by in the distance and the Hairy Woodpecker who flitted overhead.

Today I head for Nevada, where all the birds will be new to me — I’ve never birded the desert before. But it’s always nice to be reminded of the small surprises that familiar territory can bring. 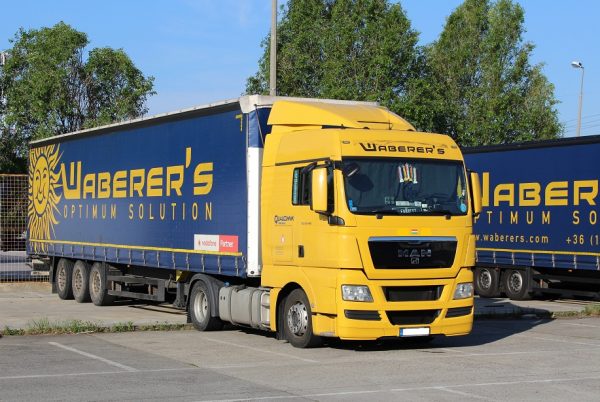 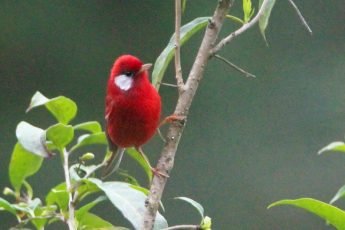