It was a mad dash to reach the jetty on time. Having just landed into Mumbai, things were happening far too slowly. I had word that a boat would leave Bhandup jetty at 1.30 pm and it was already 12.30. Checked into hotel, got changed, drew cash (no time for personal pronouns here), hired cab (which turned out to have a very patient driver! Surely the only one in the city), tried to instill sense of urgency (note lack of unspecific articles, such was my hurry), texted ahead to say “on way”. Reached jetty 1.30. No boat. 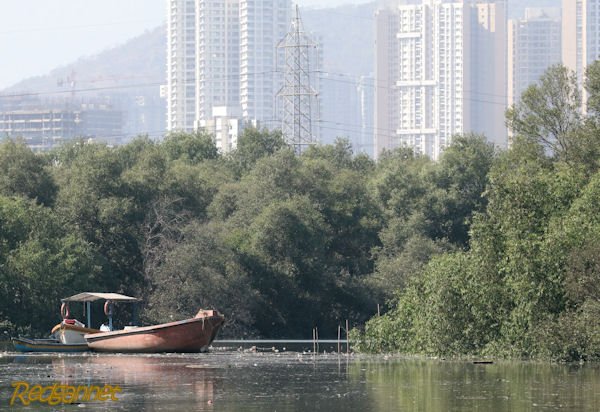 Breathe….. Luckily, I hadn’t missed it and a helpful chap, Bharat, assured me that the flamingo safari ferry would be coming very soon. More than this, our combined communication skills could not establish, but suffice to say, an hour on, I was getting impatient and more than a little miffed. Had his English been better, or my Marathi up to scratch, we might have come to an understanding. The boat had been chartered by a big group of Mumbai birders to see a Long-billed Dowitcher that would make a most unusual addition to an Indian list. The bird was ringed and had been visiting regularly during the spring. This was its fourth year.  It turns out that the dowitcher was showing so well that the group had had a whipround for the crew to encourage them to stay longer. With no mobile signal out on the creek, the captain had not been able to inform his colleague on the jetty why they were delayed, nor for how long. 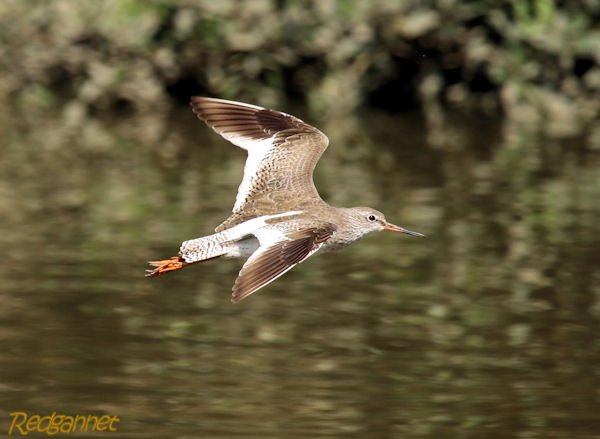 Eventually the boat hove into view and disgorged its excited birders onto the bamboo jetty.”You should have been here an hour ago.” cried one of the group, “We had brilliant views of the Long-billed Dowitcher.” “I was here an hour ago,” I graciously informed him through gritted teeth. 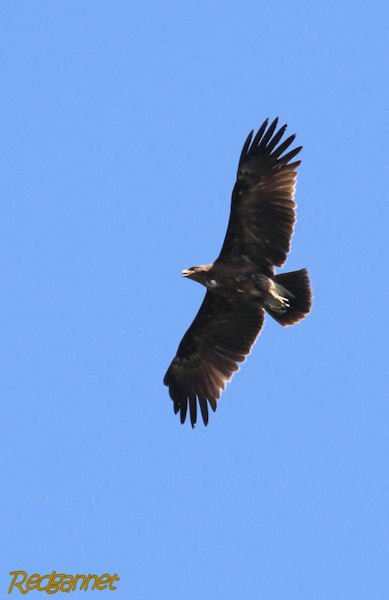 But India has the capacity to frustrate and fascinate at the same time. I was now on a boat heading out into Thane Creek to see the fabulous flamingos. All was forgiven. On the way out of the mangroves, we passed Common Redshank, Greater Spotted Eagle, Wire-tailed Swallows and Garganey, but as we pulled out into the main creek, it quickly became apparent that these were just bit-players and the main event was up ahead. 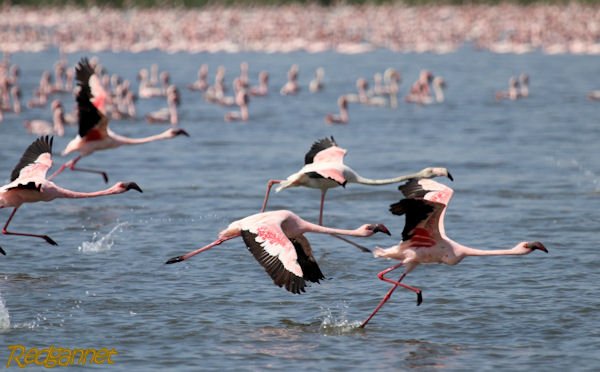 The boat captain estimated that there may be 50 thousand to 1 lakh (100 thousand) birds I had no cause to doubt it (last year the Bombay Natural History Society counted 121,000). The Lesser Flamingo appeared to be the more numerous in the flock that we concentrated on, but other flocks upstream, downstream and across the far side of the creek may have had more Greater Flamingo. It was impossible to count them all, let alone split the percentage. 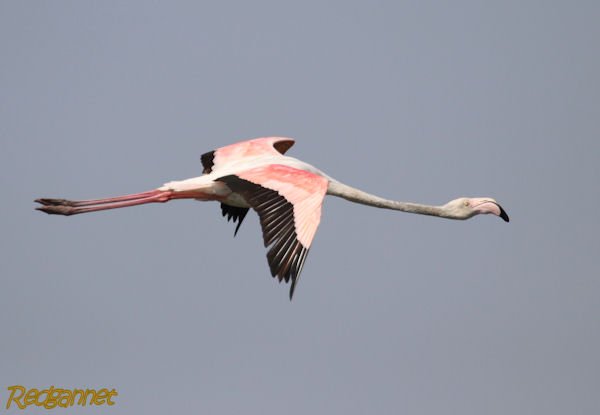 The Greater Flamingo has longer legs and neck. Its pale, dark-tipped bill and light eyes contrast against the dark bill and red eyes of the Lesser Flamingo. There were a couple of boats on the creek. One got too close to the flock and they took fright. Unable to explode from the water like a dabbling duck, they had to get up speed by running across the surface of the water. Like a coot, but with long pink legs. What a spectacle! 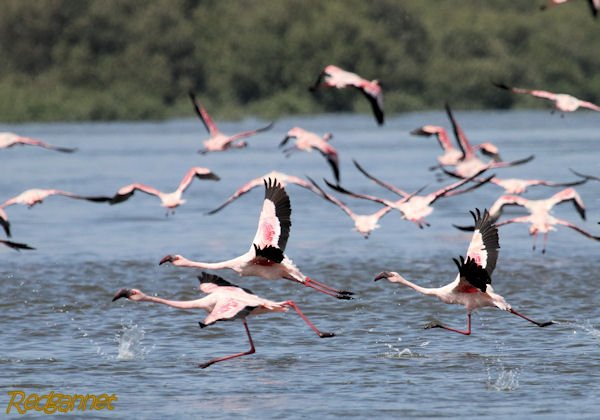 The captain had an informed spiel that he shouted over the roar of the engine. He cut the throttle as we approached the flock, but continued to shout. It was pleasing to be able to watch the birds for a short while without them taking flight, but it only takes one to start a panic. Our boat drifted closer in the breeze and one, then two, then the whole flock took to the air. There is no doubting that an airborne flock of pink, leggy birds is worth a good tip and it gave me cause to wonder if my captain was just slightly slow in throttling back as we approached another flock and they took flight also.

With the benefit of the doubt, he obviously had great respect for the birds and was quick to pass on details of their migration patterns and seasonal cycles. The flamingos start arriving from October. Adults first, followed by the current year’s young. They stay until May before heading north to the Rann of Kutch to breed. If you miss the boat, it is possible that a few can be seen in the lagoon at Bhandup Pumping Station or from the jetty at Sewri.

For the spectacle, the sheer, fabulous pinkery of it all you need a boat. But hurry, because the effluent that encourages the algae will also end up clogging the creek meaning that the boats won’t be able to operate and eventually, the birds will have to find somewhere else to feed. 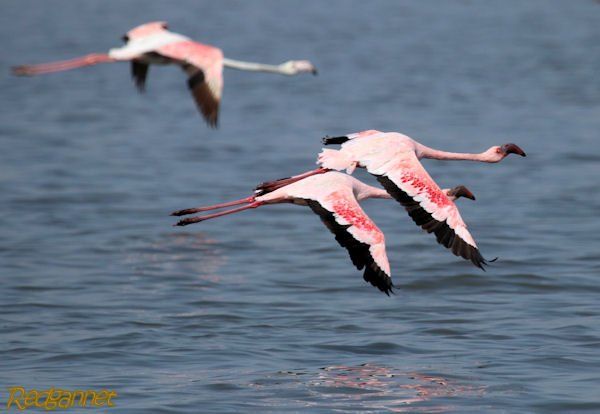 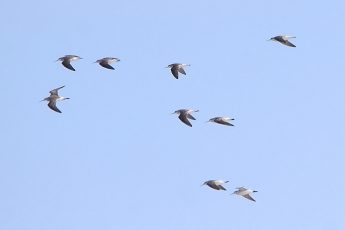 « Previous post
Cattle Egret in breeding plumage in June in Derby
Next post »
Where Are You Birding This Final Weekend of June 2020?