I remember reading Corey’s great post a while back on Island Scrub-jays and this inspired me to take our large TV crew (Aderman and me) out to Santa Cruz Island off the coast of California to search for these enigmatic birds. Our destination was the picturesque Prisoner’s Harbor. Prisoner’s Harbor gets its name from a not so picturesque event – legend has it that many years ago Mexican prisoners set off from here in rafts made of cattle hide in their quest to reach the California coast. Apparently the sharks liked the cattle hide.

The late winter day we chose to visit Santa Cruz could not have been more beautiful – one of those rare days when there is not a breath of wind and not a cloud in the sky. But there was only one problem. Unlike Corey’s experience (he got to spend four hours on the island), we were limited to one hour on the island. So we had to find and film Island Scrub-jays in exactly one hour. Piece of cake, right? Most people see the birds within five minutes of stepping off the boat. We had several local researchers and guides to assist in the search. And besides, one hour was plenty of time. Piece of cake…

The trip over to Santa Cruz Island with Island Packers was fascinating. Besides the abundant seabirds that Corey described nicely in his post, the diversity of marine mammals was simply astounding. Nearly thirty species of whales and dolphins have been recorded from the Santa Barbara Channel, making this one of the best places on earth for cetaceans. On the trip out to Prisoner’s Harbor we saw seven different whale and dolphin species, including a massive “megapod” of between 5,000 to 10,000 Common Dolphins and breaching Humpback Whales.

Unfortunately for us, the frequent stops to view cetaceans had cut down our time on the island from one hour to a paltry 45 minutes. We had to film me talking about the birds, researcher Scott Sillett from the Smithsonian and the birds themselves. And we had to still find them! We blundered off the boat like bears on a honey trail and within minutes it became apparent that there were no Island Scrub-jays where they were most likely to be seen. Piece of cake.

So we split up and started scouring the island for any sign of the birds. The pishing turned to cursing as the half-hour mark was reached. Still no sign of the blinking birds. I ran up a track through some towering eucalyptus trees and into some great oak chaparral habitat. I pished and pished until one of the boat staff ran up and said the boat was leaving. We had reached the 45 minute deadline and still, no birds. Knowing that the boat would not leave without us and seriously pushing our luck, we searched for a full hour until a seriously teed off staff member came rushing up to us and said we HAD to leave NOW. Piece of cake.

As we turned to head back to the boat we heard the scolding alarm call of a Scrub-jay. Victory at last. Lights, camera action and we filmed as much as we could in five minutes and then pushed our luck with another five minutes for interviews. We mixed our rushed footage with some previously shot footage of the other Scrub-jay species, added a touch of voice-over and this is what came out of Aderman’s oven…

Included in our hasty filming was a brief interview with Scott Sillett from the Smithsonian Institute who told us a little about the threats facing Island Scrub-jays and the ongoing research on the island.

Needless to say we were shunned by our fellow passengers when we arrived back at the boat. But we didn’t care. We had just seen Island Scrub-jays. Piece of cake. 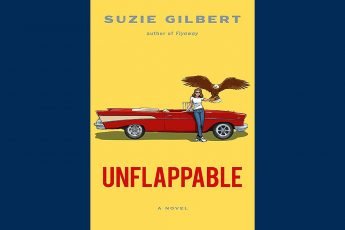