I fully realize that my last post was not a bird post in the strictest sense. As a matter of fact, one might surmise that I have merely instrumantalized a few images of a wet magpie to let loose a relentless rant about our weather. Therefore I have decided to right my wrong by providing first and foremost some avian eye candy, and not talk. Or else I’d be tempted to mention that the cold rainy weather has given way to a massive heat wave and drought, or that the summer doldrums this year are more boring than ever, or that it is so unfair that Corey is more than 100 species ahead of me in his year list, or that I really would enjoy some nice birds for a change!

You see? That’s why I won’t talk too much this time – just the birds. The Black-tailed Godwit in particular.

Depending on where you were born, the Black-tailed Godwit is either a wader or a shorebird with an Old World distribution. It breeds in a broad and not quite coherent band from Iceland in the west through central Europe and southern Scandinavia all the way to eastern Russia, wintering in Africa, parts of India, and Southeast Asia to Australia. In Germany, it is a very polarizing species, as it is very common on the North Sea shore – where it breeds – but a scarce visitor to the rest of the country, making it a bird so fair and foul to a mixed group of birders as you’ll ever see. Looking at it from a North American perspective, the Black-tailed Godwit could be called the equivalent of the Hudsonian Godwit, with overall paler colouration and most important of all – white underwings.

Distribution, colouration and geographic parallels however are not the most conspicious feature of the Black-tailed Godwit. Instead, the species distinguises itself as one of the worst ambassadors of conservation there are in the avian world. Seriously, they hate our guts. If you were in a position to take non-birders outside to promote conservation, say a local polititian or the press or whoever could get active to increase biodiversity values in whichever way – do not consider taking them near Black-tailed Godwits. Judging by my experiences with the species, the Black-tailed Godwit’s behaviour is restricted to two aspects. Aspect one is feeding when humans are not around. Aspect two is mobbing and scolding and being a complete pain in the behind the moment a human silhouette appears on the horizon. This makes it difficult to convey that a world with Godwits in it is better than a world without them.  They will rant on for as long as you are there promoting the beauty of the avian world, they will do it so loudly that any sense of peacefulness is driven out of your nature experience, they make it clear that they would kill each and every one in your party if given the means to, and they just won’t stop – ever – until you leave and they start feeding again.

Somehow – given our current weather – I can relate. 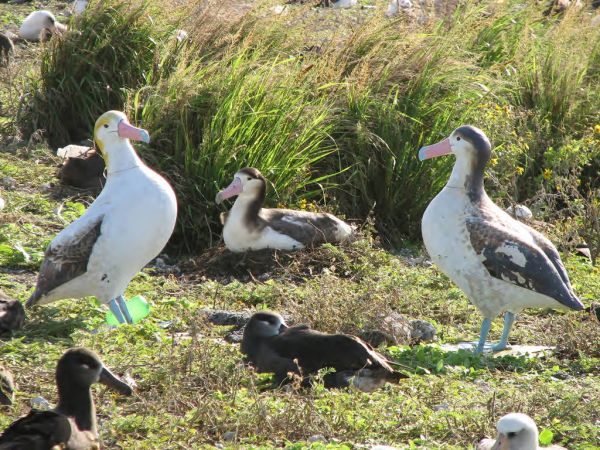