Back when I was trying to figure out what I should do during my time at the Space Coast Birding and Wildlife Festival I was advised by Doug Gochfeld to check out “the Gull spectacle on the beach at Daytona Beach Shores.” Intrigued, I looked into it, and learned that enormous amounts of gulls feed at a dump during the day and in the evening they fly over to Daytona Beach, in the vicinity of Frank Rendon Park, and make themselves at home on the beach. Seeing as Daytona Beach is only about an hour north of the festival site and we both like large bird spectacles, Mark Hedden of Caligo Ventures and I headed up there on the second day of the festival and arrived to see lots of gulls (the enticement of lifers in the form of Pomarine Jaeger for me and the form of California Gull and Iceland Gull for Mark had nothing to do with our eagerness to scan thousands of gulls). The gulls were basically roosting at least 20 birds deep, often more, for as far up and down the beach as we could see and more were flying in continuously. The only gaps were where people were walking – slow walkers made the gulls move out of the way while fast walkers and screaming children would flush large numbers of gulls which would then drop back down to the sand. And if the gulls weren’t enough to look at there were also Northern Gannets plunge diving off shore, Brown Pelicans flying by in squadrons, Sanderlings running around on the beach, Common Loons floating in the surf, and the occasional Royal Tern roosting near the gulls. Lesser Black-backed Gull Larus fuscus (both above and below) We finally had to leave to get back in time to see James Currie do his keynote address but the memory of the sheer spectacle of that many gulls will plague my nightmares for years to come…if you get the chance to get to Daytona Beach in the late afternoon in winter you should definitely make the trip. It is well worth the visit. 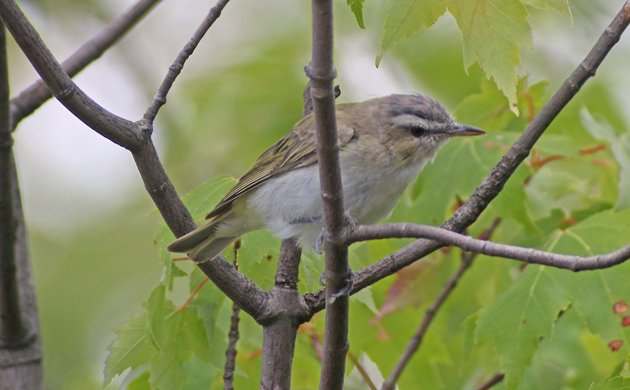 Birding Vignettes from a Camping Trip