Welcome to the inaugural edition of I and the Bird, the blog carnival for bird lovers. Amazing writers, naturalists, and enthusiasts from all over the world have submitted some of their favorite blog posts relating to the interaction between humans and avians and compiled them here for your reading pleasure. We hope you enjoy! Since birds are everywhere, it comes as no surprise that bird-bloggers are equally far-flung, but the degree of dispersion of our contributors is so vast that the best way to approach this group may be to consider each entry in its geographical context.

A good place to commence our carnival cruise is right here in New York State. Tom Andersen of Sphere chronicles the environmental history of Long Island Sound out of northeastern Westchester County, not far from Core Team territory. Tom kicks this carnival off by reminding us how simultaneously frustrating and surprising it can be to confront an utterly Unidentified Bird.

It’s only a short drive north to eastern Massachusetts to find Plum Island, where Janet Egan maintains her Plover Warden Diaries. As a plover warden, Janet contends mostly with gulls, terns, sea ducks, and the occasional human/canine assault on protected habitat, but every once in while, she happily finds her invisi-birds revealed.

Speaking of invisi-birds, let’s road-trip west to southeastern Michigan, the home of the talented Nuthatch. As an urban field ecologist, she’s had ample opportunity to contemplate unseen avifauna and talk about it on her blog, Bootstrap Analysis. The first surreptitious species Nuthatch analyzed was the Yellow-billed Cuckoo, while her sequel, invisible birds, part 2, offers a long look at that giant among warblers, the Yellow-breasted Chat.

Sharon Stiteler, better known as the BirdChick, makes her home in Minneapolis, Minnesota. Sharon has all sorts of birding adventures, which she documents on her entertaining blog. Some of her most hair-raising encounters occur close to home, even during seemingly innocuous activities like Merganser Hatching. Be warned: those of you on the squeamish side would be well served to avoid the final portion of Sharon’s post.

At this point, our journey takes us across the border into Canada. Clare Kines reports on The House & other Arctic musings from Arctic Bay, Nunavut, which is, as you probably imagined, pretty far north. Despite the incomprehensible cold during much of the year, plenty of birds and a few humans as well can be spotted in Arctic Bay. In his post, Clare introduces the Qarsauq, a bird you may very well have seen even if you’ve never been within spitting distance of the North Pole.

Continuing west through the Northwest Territories and the Yukon brings us to Anchorage, Alaska to meet Dave Dorsey. Dave handles all kinds of challenging jobs for the Bird Treatment and Learning Center in Anchorage, including maintaining the Bird TLC blog. That’s the type of great guy Dave is. Sometimes he’s even asked to do a bit of raptor wrangling, as described in the aptly named This wasn’t covered in the handling & restraint class.

Rather than continuing west into Asia, let’s head south instead to Washington State’s Olympic Peninsula and drop in on the delightful Dharma Bums. Rexroth’s Daughter and Dread Pirate Roberts are newly fledged birdwatchers but they already possess the requisite eye for beauty, clearly evident in their overview of some of the Port Townsend local species, titled This Old World Must Still Be Spinning Round.

We’d be well served to continue along the Pacific coast down to California. The Golden State offers some sensational birding and besides, Pica and Numenius present their Feathers of Hope from a magpies’ nest in the Davis area. Pica is extremely well acquainted with most of the birds of our ABA region, but she’s not above a spontaneous artistic display of delight upon meeting a new one, as we learn in Day of the Long-eared Owls.

Time to cross the American Southwest to arrive in the Lone Star State. In a typical Texas-sized gesture of grandiosity, this dusty land has yielded not one, but two bird bloggers for our edification. Our first Texan, Tony G of Milk River Blog, has put together an incredibly comprehensive post that tries to sort out the lingo and identification of albinos and melanos and the variants thereof. ENV: Albinism is a superb resource for birdwatchers interested in aberrant avian coloration. It also serves up links to lots of pictures.

Tony G blogs out of Hunt, TX, which is not far at all from San Antonio, home of Peter Bryant of B and B. Most folks visit B and B for the politics, but Peter has much more to offer. For example, he participated in this year’s Great Backyard Bird Count and waxes eloquent about the great flocks of Cedar Waxwings in attendance. Enjoy his Adventures in backyard bird counting.

Now that the Independence Day festivities are over, we should have no trouble getting around Washington DC, where John B. maintains A DC Birding Blog. John may be new to bird blogging, but he knows his birds, as evidenced by his Birding Report: National Arboretum.

From the US capital, we need only cross the Atlantic to find ourselves in the UK capital. I’d describe London as the stomping grounds of Charlie Moores, proprietor of Charlie’s Bird Blog, but that would be misleading. Charlie birds the world and takes brilliant pictures while he’s at it. Charlie’s latest and greatest trip report is Lagos, Nigeria: 18 June 2005. This extremely informative narrative is infused with the sense of adventure that comes of birding in a desperate place. Be prepared, though, to learn a lot more than just African ornithology.

Another exceptional birder/blogger/photographer out of England is Katie of Bogbumper. Katie, properly of Peterborough, Cambridgeshire, United Kingdom, usually lets her pictures do the talking for her, but she does provide plenty of details to support her assertion that Farmland birding not always dull. Maybe you can even figure out who that mystery feather belongs to.

Since we’re birding in the United Kingdom, there’s no way we’re leaving without visiting the Shetland Islands, the northernmost outpost of Scotland and home of Stercoriarus of Aurora Borealis. Stercoriarus, as the name implies, adores skuas and jaegers, but he can also be a fool for raptors, as he humbly recounts in I’d rather tell you about the Mountain Hares… Many of us can, without a doubt, relate.

Though we’ve already visited bloggers based out of two continents, four countries, eight states, and one district, it’s time for a big finish. Let’s take this undertaking Down Under. Duncan describes the birds of Gippsland, Victoria, Australia with remarkable familiarity on his Ben Cruachan Blog. Thrill to an account of alluring avian diversity in Flooding Creek rocks!

Since I presume most of us began this peregrination from some point in the Northern Hemisphere, let me conclude back in my modest little hometown, the Bronx. By now, I expect many readers have tired of reading about new and exciting birds, so our trip report to Puerto Rico November 2004 should be a perfect way to close out this carnival, since we hardly saw any!

So there it is, the maiden voyage of I and the Bird. I’d like to thank each of our A-list avian enthusiasts for sharing such incredible writing. If you enjoyed their posts, please let them know. If you enjoyed this first I and the Bird, feel free to let me know, but more important, make sure you read the next one on Thursday, July 21. Better yet, be a part of it! Send your best blog post describing the interaction of human and avian to our next host, Charlie Moores at Charlie’s Bird Blog. Send your submission via e-mail to me or Charliesbirdblog AT aol DOT com with a brief summary and the words “I and the Bird” in the subject line. The deadline for submissions is Tuesday, July 19. 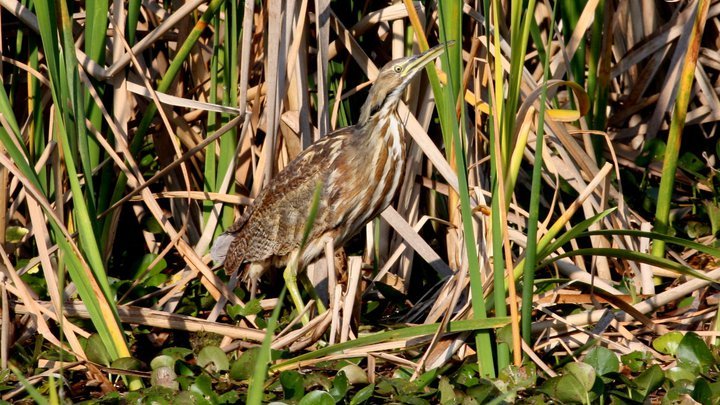 I and the Bird: Looking for Falcons and Ravens