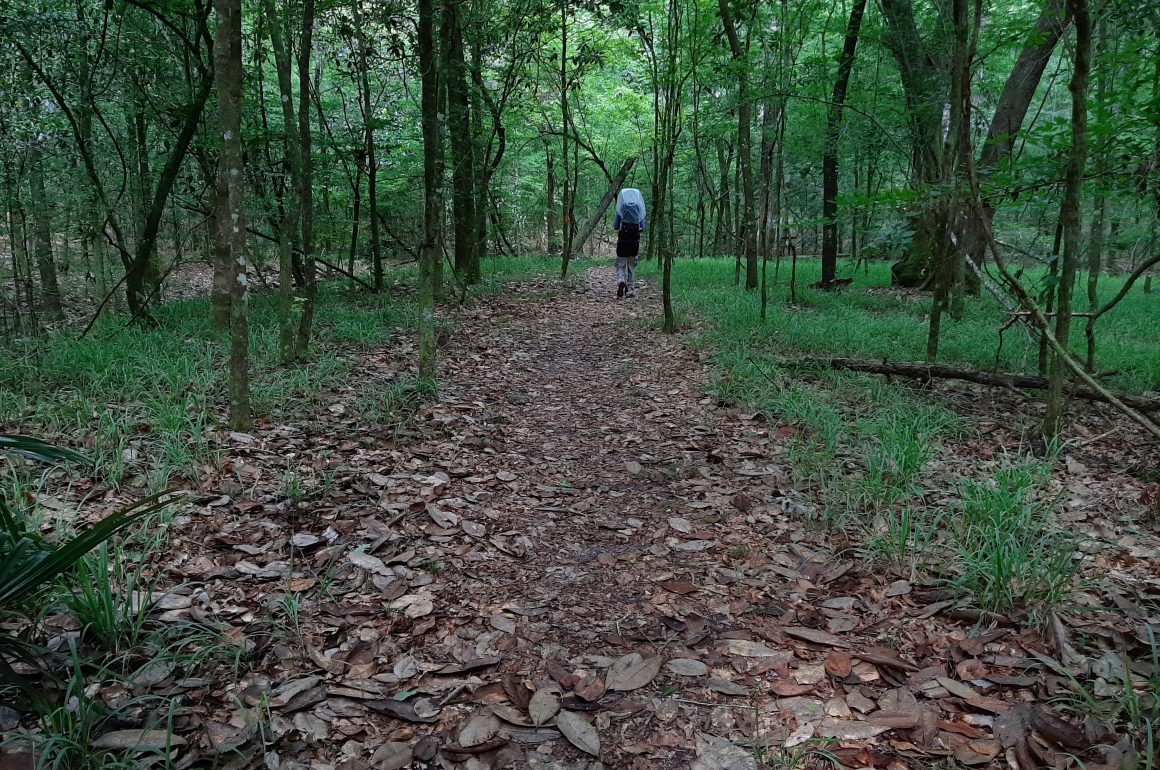 During the busy Fourth of July holiday weekend, thousands of people headed to the coast – at least to the beaches that were still open during covid-19. Yet, because of the pandemic, the idea of hitting the crowded sand with a gazillion of other people was frankly terrifying. In contrast, my husband, baby, and I made a bee-line to Talquin State Forest.

The grassy parking lot held only two other cars, so we basically had the area all to ourselves. We slipped Noah into the baby backpack and covered him with a mosquito net, noting a pair of Mississippi Kites swirling in the hazy sky overhead. The low cloud cover kept the direct sun off our backs as we plunged into the forest, but the soaring humidity meant we were soon covered in sweat. 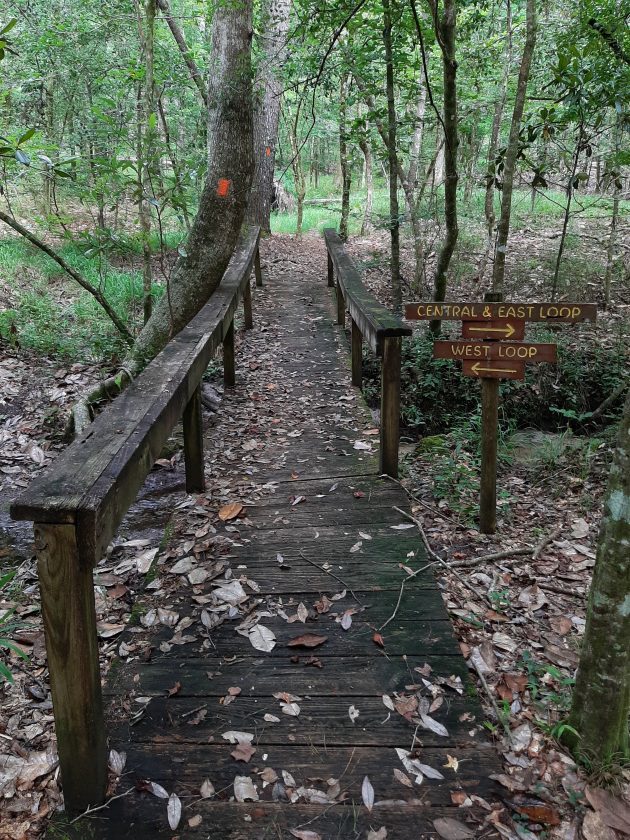 The trail wound down steep ravines and crossed narrow, sand-filled creeks before skirting the edge of the lake itself. Overhead I heard Red-bellied Woodpeckers and Carolina Chickadees, but for long stretches of our hike the canopy remained quiet – odd, even for the middle of the day. I kept my ears perked up to catch errant song in the distance, but as soon as we approached they fell silent. The path may have been fun to follow, but full of birds it was not.

We had better luck by the lake itself. Anhinga sat on exposed logs, near slowly swimming alligators. Osprey called to each other overhead, and the croaks of crows echoed across the surface of the water. Even a Green Heron, spooked from the marshy edge, revealed its small silhouette for just a moment.

While I looked for birds, my husband had his eye on another prize: mushrooms. Because we are only beginners, I carried an Easter basket over one arm in case we spotted chanterelles. With their obvious yellow color, shape, and growing pattern (on the ground, not clustered), we could be certain they wouldn’t make us sick (or so Brian tells me). For most of our hike, the basket remained sadly empty. But there, on the crest of a small hill, we finally came across a chanterelle patch large enough to provide mushroom toppings for our weekend birders. As Brian knelt down to gather what he could (while leaving some for future mushroom-pickers), I craned my head to look for the Great-crested Flycatcher, Tufted Titmouse, and Northern Cardinal I heard in the treetops. 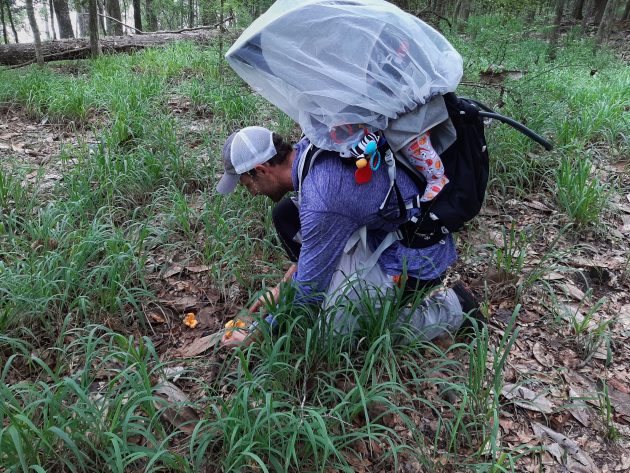 The trail looped back to the parking lot soon after, taking us up and down two ravines covered in scattered magnolia blossoms before leading back to the car. The three-mile loop left me slightly out of breath, but happy. The birding? Average. The mushrooms? Delicious.